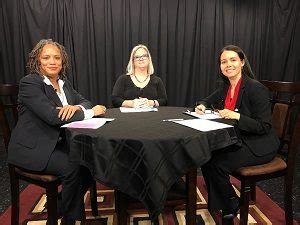 The Hartford Schools  Executive Director of Financial Management, Joanna Laiscell  was suspended for "unspecified" reasons on  March 21, 2018. Now, according to a termination letter obtained through an FOI request by "We the People", Laiscell has been terminated amid allegations of financial and insurance fraud.

The allegations of fraud are detailed in the letter below from Hartford Superintendent of Schools Leslie Torres-Rodriguez sent to Laiscell on July 12th informing Laiscell of her termination.

The letter also claims that Laiscell altered an e-mail regarding an audit of the Board's Health care plan that detailed that "an estimated 320 dependents may be removed from the plan as a result of the audit". According to the Superintendent's letter, Laiscell removed that sentence before forwarding the e-mail on to the Superintendent.

It is unclear why Laiscell would have removed that sentence from the e-mail. It is also unclear if those "320 dependents" were on the insurance plan as a result of poor record keeping and lack of over sight or as a result of fraud. Either way, it is a substantial amount of money to potentially cover 320 people for Health Insurance they were not entitled to.

It is also unclear at this time if this matter is being investigated by the Hartford Police for any criminal prosecution  It also unclear what efforts the Hartford Schools intend to make to recover the dollar amount of the alleged fraud.

fraud.Termination Letter - Joanna Laiscell HPS 7-12-2018 by Kevin Brookman on Scribd
Posted by KEVIN BROOKMAN at 11:10 AM

I certainly hope she'll be referred for criminal prosecution.
I'd also hope a thorough audit of all her decisions will be forthcoming.

Something doesn’t quite add up. They put this woman on paid leave tor 5 months to investigate at a cost exceeding $56k in wages plus they hired a foresenic accountant and law firm at who knows how much to find she kept her ex husband on the plan at a cost of $6700 over 3 years? This after SECOVA was hired and well into the dependent audit to find ineligible dependents? If there were 320 found, where are the other 319 termination notices?

While auditing spouses, how about the City Treasurer's office, where his wife works for him but (wink wink) someone else "signs" her time card.

i smell a cover up and the stink is coming from Superintendent Dr Leslie.

As a legal expert of more than 30 years, I felt an obligation to help enlighten the Hartford community with regards to allegations that were set forth concerning Ms. Laiscell. After reading the letter, I am thoroughly convinced that the only fraud committed is from Dr. Leslie Torres-Rodriguez. This letter says absolutely nothing, making Ms. Laiscell guilty of nothing. First, in the legal world, fraud is a criminal word that should not have been used in this entire letter, insofar as there has never been any legal proceedings, no court case, and no judgements issued. The word choice was Dr. Torres-Rodriguez’ own, to obviously malign Ms. Laiscell’s name.

Fraud is a clear action that is commonly determined and interpreted by our system of law, not a locally hired Forensic Accounting Firm, or accusations from a Superintendent of Schools. So, the word fraud is inadmissible from the start. No fraud has been determined at all, at least not at this point. Next, the letter states that “an estimated 320 dependents may be removed from the plan as a result of the audit.” If I represented Ms. Laiscell, I would make a (F.O.I.) demand to see the full results of the audit. I would also inquire, why her letter was the only one given to the owner of this blogsite?

Who else was terminated for these same allegations? In all of the cases that I’ve been involved with, a demand for monetary restitution has always been the most common way these matters have been resolved. However, it is unclear as to whether or not any restitution is due the Board of Education in light of this policy obviously being a family policy, in which Ms. Laiscell paid for during her many years at the Board of Education, as do all city employees. It is also necessary to point out that this type of insurance policy lapse, in updating is not uncommon but rather the most standard oversight in all industries.

If Ms. Laiscell used her personal computer to house Board of Education information, then that would necessitate a reprimand, if in fact she was given a computer to exclusively do her work own. I’m unsure as to whether or not that was the case. In any event, none of these allegations should have ever resulted in termination, as they are all unsubstantiated. In most cases, if these allegations were true, they would first be brought to the attention of the employee, affording the employee an opportunity to correct his/her actions. The nature of this letter is framing, in that it makes the not-so-savvy reader believe that Ms. Laiscell committed some kind of real fraud that has to do with money or a real cover up.

If Ms. Laiscell were my client I’d actually commend her work with the Board of Education, realizing that if these conjured remarks are the best that Leslie Torres-Rodriquez has to offer, then she doesn’t have any worries moving forward, and that I could rather easily be awarded a wrongful termination decision in this matter. From experience, when CEO’s, Superintendents, and other organizational leaders go to extreme measure to try to “out” their staff, it almost always is connected to fraud that they themselves are trying to cover up. I’m certain that we will all see the real fraud and criminal relatively soon. My guess is that the crimes will lie with Dr. Leslie Torres-Rodriguez. Just a guess.

FISCAL PROBLEMS >> Finally the City is Checking up on MEDICAL DEPENDENTS ! Guess they noticed the rise with the PR hurricane, and how many dependents were added, THIS is gonna be a big save for the City. Follow it up and lets see all the cry babies, hope the city fines them good !

Trust me, Ms. Lasciell will have a soft landing with some other educational organization. There is no level of incompetence or malfeasance that ever truly gets rid of these bureaucrats. Google her name a year from now and you'll find that she is just fine with a new position in another school system at a higher salary than her previous position. Just google "Nivea Torres" and you'll find that her shenanigans as head of CT Voc schools didn't hinder her from jumping right back in the saddle of education. You just can't get rid of these folks.

Keeping an Ex spouse on your health plan and also submitting claims for that period which they were not married is INSURANCE FRAUD. Period. It is in violation of Connecticut State Statutes and the HPS employee handbook section covering x dependents. Fraud occurs when someone knowingly lies to obtain a benefit or advantage to which they are not otherwise entitled as per State's Departments' of Insurance. I have been in the insurance investigative area for 40 years plus. Oh an I am not a Lawyer. HAHA

Sounds like Attorney Lindsay, Lewis, Laiscell and Campbell - as fellow Board Members of the Scribe's Institute - are conspiring to steal from the taxpayers of Hartford Public Schools by suing the District and then attempting a hostile takeover of the Mayors Office. They are the bottom feeders of society and hopefully Federal Investigators have them under a microscope.