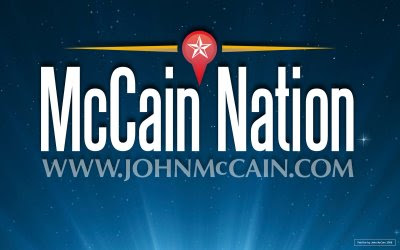 The Indepedent Republicans of Hartford and the Hartford Republican Town Committee, 4th District members, will be hosting a local McCain Nation event on Thursday, September 4th at the Hook & Ladder Restaurant located at 207 Main Street in Hartford. The event is being hosted for anyone that would like to gather together to watch Senator McCain deliver his acceptance speech as the Republican nominee for President of the United States, live from the Republican National Convention. The Hook & Ladder has graciously offered the use of the restaurant, lounge and patio for this event, which is open to the public and free of charge.
Voter registration will also be conducted for anyone that wishes to register.
Join the Independent Republicans of Hartford as we gather to offer our support to one of the most Independent Republicans our party has seen, Senator John McCain.
Parking on Main Street or in the large lots directly behind the Hook & Ladder, accessed from either Main Street or John Street
McCain Nation , September 4th, 207 Main Street, Hartford, 8-11PM, speech at approx 10PM
Posted by KEVIN BROOKMAN at 11:29 PM 1 comment:

Well, once again the circle of alleged corruption seems to be expanding as Investigators from the Office of the Chief States Attorney executed a search warrant on the home of Councilperson Veronica Airey-Wilson. Although the States Attorneys office would not confirm the activity, Airey-Wilson herself confirmed the activity according to media reports. Although her version alleges it is over $300.00 granite countertops, sources stated that it involves much greater issues. Although ,if in fact she received granite countertops from city contractor Carlos Costa for $300.00, we should be questioning her judgement in voting on contracts for Costa and what the payback was to receive such a sweetheart deal. I'm not a kitchen remodeler, and apparently neither is Costa, but even Eddie Perez ,and his fabricated invoices for renovations on his home, had the sense to make it a somewhat believable amount of $20,000 .

Even greater though is how could someone that had knowledge they were the target of a Grand Jury investigation have the audacity to enter the race for the State Senate. Up until the story finally aired on Channel 3 and was posted on courant.com, Airey-Wilson was denying the search warrant to her supporters at City Hall according to sources. It should be interesting to ask other Council members how many of them have been notified they are also targets of the Grand Jury investigating corruption at Hartford City Hall. My sources are telling me that there are at least two others , and possibly three current councilpersons facing prosecution, and maybe at least one former councilperson. The allegations include steering contracts, financial improprieties including misuse of grant money allocated to city nonprofits, illegal tax transactions ,driveways and other construction services paid for by the city at employees homes and much much more.

But most notably, where is the outrage on the part of other officials. Is this expected so we tolerate it? It should be very interesting to see how Republican Town Chairman Michael McGarry covers this story in his "newspaper". By covering this story, will he risk his full page ads paid for by Perez's administration, the Board of education inserts and the lucrative legal notices that appear weekly in his alleged "newspaper"( I say alleged newspaper because I wouldn't want to accuse him of being a journalist if he isn't) How he handles the incident will tell us a lot about his integrity and if we should actually read his paper or continue to use it to line the litter box. McGarry should be as upset about being lied to about this incident as he was that it was initally "leaked" to the media. Yes, I'm sure these recent developments will upset his plans to take over Airey-Wilson's council seat , even if she ever had a chance of being elected to the Senate. As he told the Courant last year, he does need the city benefits.

I know I sound like a broken record, but where is the leadership? Where is the integrity?
A word of advice to those being investigated: don't discredit the messengers , accept what you have done, accept the consequences for your actions and move on. It worked for John Rowland and by most accounts , including John Rowland himself, made him a better person.

Maybe that ex-offender Commission that many have been calling for will get started and be there for you when you all are released and want to get your lives started again.
Posted by KEVIN BROOKMAN at 8:14 PM No comments: