I think most of us wandered around Friday afternoon with a sense of helplessness and asking why? The Sandy Hook shootings were something even we aren't used to or prepared for as City residents. We see a lot here, but nothing can make sense of 20 young children massacred in a spot they should be able to feel safe as in their own homes with their parents

As Governor Malloy said"Evil visited Newtown today". When I heard that there was going to be a vigil in Bushnell, I knew I couldn't sit home. I got there early and I was never more proud of our City residents as a couple hundred people began filling the park.

The big question with most people was "how can we help?" "what can we do?".9-11 brought out similar feelings in most of us, but those were adults who had lived a good portion of their lives already, these were children gunned down by a man who can only be described as evil and mentally ill. You can only imagine the fear on their faces as what they probably thought was a friendly visitor to their classroom, executed them one by one.

As I talked to people at the vigil, I thought that most parents, especially in this economy, probably didn't have life insurance on a 6 year old child. Parents who are under the stress and pressure of just having their children murdered shouldn't now have to face the stress of figuring out how to pay for the funerals.

The first thing this morning I spoke with Hartford Police detective Claudette Kosinski who is also on the Board of Directors of the Hartford Police Federal Credit Union. I explained to her I wanted to set up a fund to collect donations to provide help to the families of the victims. She readily agreed and said she would contact the Credit Union Director to see what was involved. On Monday we plan on setting up the Bank Account to accept donations. Once the account is set up, I will set up a pay pal account to accept donations online.

If you see fit , I would ask that you consider mailing a donation to Newtown Victim Relief  c/o the Hartford Police Federal Credit Union, 50 Jennings Road, Hartford, CT 06120. All donations received will go to assist victim families
Posted by KEVIN BROOKMAN at 8:02 PM 3 comments: 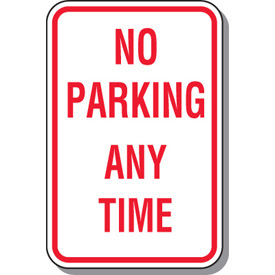 The Authority is now using "plate reader technology" which are cameras attached to a vehicle that patrols the city scanning thousands of license plates per hour. The cameras attached to a computer database identify vehicles with unpaid fines. Vehicles with as little as $300.00 in tickets are being impounded and towed to collect the fines. The days of accruing thousands of dollars in unpaid fines seem to be gone.

And apparently no one is exempt from the enforcement, word is that a Hartford police Officer Tracie Green had her car impounded and towed last week as a "parking scofflaw" after her vehicle was identified as having over $550.00 in unpaid fines.

If your vehicle is towed as a "scofflaw" you are also responsible for the towing and storage fees in addition to the outstanding fines
Posted by KEVIN BROOKMAN at 1:37 PM 3 comments: