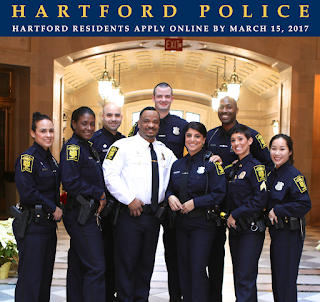 HPD has opened the Police Officer application process for two weeks! This process is for two weeks and just for city of Hartford residents.
Please help us make a difference in our city- Share this information and encourage residents to apply to HPD. MAKE A DIFFERENCE!!!

Please see the HPD Recruitment page for details:
http://www.hartford.gov/police/recruitment  (Here you will find complete information and answers to many questions within the many links)

The Hartford Police Department is hiring! The application process will be open from March 1st, 2017 through March 15th, 2017. This application process is for HARTFORD RESIDENTS ONLY!
Interested applicants can apply online here: www.policeapp.com/HartfordCT

Please email any application or hiring questions to JoinHPD@Hartford.gov

Whether it is the warrant applications for a couple of rogue Troopers or the amended complaint in Centerplan vs. the City of Hartford, these normally boring court documents are providing some interesting reading. The devil is in the details as the saying goes.

Just in the first few paragraphs of the Centerplan lawsuit are a few statements that should raise a few eyebrows, including those of FBI investigators looking at the project.

In the documents Centerplan claims that former Mayor Pedro Segarra formulated a plan to "lure" a minor league baseball team to Hartford.(paragraph 5)

Take the time to read the complaint, it is very interesting, like I said, if it is true.

I often wonder why Dunkin Donuts would want their good  name anywhere this mess? 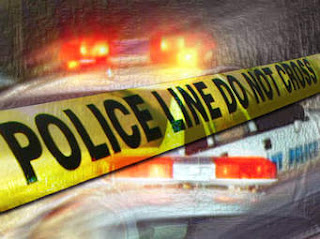 This posting is one that will have many people shaking their heads asking  "What were they thinking?"

The story revolves around circumstances that up to this point have been kept extremely vague by the Connecticut State Police. ( I guess they are only transparent and open when it involves officers from other agencies beside their own)

Some of the facts  are still a little up in the air, but allegedly the incident involves two State Troopers who engaged in behavior that I guess we could call less than legal. The off duty incident apparently started at a bar in Wethersfield. A male customer in the bar allegedly made inappropriate advances toward a female companion of one  of the troopers That trooper is identified by sources as CSP Trooper Xavier Cruz, a trooper since approximately 2013.

Allegedly the two troopers then severely beat and assaulted the aggressor  with batons and other items. The beating resulted in the man being admitted to Saint Francis Hospital for treatment for his injuries, where the  incident was eventually reported.

According to sources, arrest warrants have been signed for both troopers on a multitude of charges including assault, unlawful restraint and kidnapping. Both troopers are expected to be arrested tomorrow on the charges, with bond being set at $750,000 each. Apparently there is also a burglary , charge being thrown in there also,which I am not sure why. Hopefully that will become evident tomorrow after their arraignment, unless CSP tries to seal the warrants .

Again, what were they thinking?
Posted by KEVIN BROOKMAN at 10:19 PM 16 comments: