Alyssa Peterson, a tireless advocate for the people and the neighborhoods of Hartford has announced the passing of her father, James Peterson, after a long illness. The details are below. Condolences  to Alyssa and her entire family. Alyssa was faithfully committed to her fathers care over the last 10 years. Your compassion for your father is admirable.


James H. Peterson, 83, of Simsbury, passed away Saturday, October 18, 2014, after bravely fighting illness for many years. Born in New Haven to Greek immigrants Peter E. and Sophie (Yaknisi) Peterson, James or "Jim" moved with his family to Hartford during World War II and later settled in West Hartford. Jim attended Hall High School and UConn College of Pharmacy where he graduated in 1954. Jim spent two years in Germany on a tour of duty with the U.S. Army during the Korean War. He returned to Connecticut to work in the pharmacies of Maxwell Drugs around the Hartford area, and he managed the Torrington store for 17 happy years. He continued as a neighborhood pharmacist at the Doyle's in Newington before completing his career at UConn in Farmington in the Correctional Pharmacy. A devoted husband, father, and grandfather, Jim is survived by his wife of 55 years, Helen Karras Peterson, and his devoted children: Alyssa S. Peterson of Hartford; Demosthenes James "DJ" Peterson and his partner Daniel A. Nadeau of Los Angeles, CA; and P. Christopher Peterson and his wife Christine Bilotti-Peterson also of Simsbury, plus their four beautiful children, Alexa, Athan, James, and Nico. Jim also is survived by his very dear sister, Bette O'Brien of Farmington and his brother, Charles "Chick" Peterson of Charlotte, NC. The Peterson Family would like to thank the many talented health professionals of UConn Health Center and Avon Health Center for their years of extraordinary care. Jim's gentle style, hard work, compassion, and wry humor made him loved by all. His family will receive friends Thursday, October 23, 2014 from 5-8 pm at the Carmon Funeral Home & Family Center, 301 Country Club Road, Avon. A brief Trisagion prayer service will be held at 5 pm. The Funeral will be Friday, October 24, 2014 at 11 am at St. George Greek Orthodox Cathedral, 433 Fairfield Avenue, Hartford. Burial will follow in Cedar Hill Cemetery, Hartford. Contributions to honor Jim may be directed to a

charity of choice
. For directions or condolences please visit www.carmonfuneralhome.com.

WHAT'S IN A NAME? 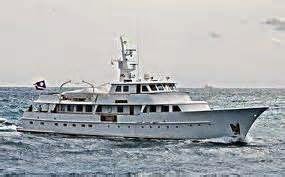 The Foley Odalisque-definition "A  female sex slave in an Ottoman Sultan's Harem"
A lot has been made about Republican Candidate for Governor  Tom Foley and his $5 million dollar yacht. I was thinking you can't fault the guy for being successful. Besides, imagine the revenue the State of Connecticut must see from the taxes on Foley's yacht, not to mention the revenue from his jet.

Then I began doing the research. Foley's yacht is not registered or taxed in Connecticut. Neither is his jet. The yacht apparently is registered in Fort Lauderdale, but even more interesting is the name Foley chose to "name " his yacht.

The "ODALISQUE", according to Charterworld.com the is based in Palm Beach , Florida. You are probably asking yourself now what is an Odalisque? That is the troubling part to me. According to Wikipedia, Odalisque is defined as "a female slave or concubine in the household or harem of the Ottoman Sultan." . Yes, you read that right, Tom Foley's yacht is apparently named after a female slave. Now I understand politics  but a Governor who names his yacht after a female sex slave? I don't get it

I understand the nature of the beast, politics is a nasty business, made even nastier by close races. Sadly though, I don't think I know anymore about Tom Foley now than I did at the beginning of the Governor's race Despite the millions  spent, on both sides,  the only thing I definitely  know about Foley is that he has a strong dislike for his opponent, and has no problem naming his yacht after female slavery.

I do have to be honest and say I do like Foley's opponent. Dan Malloy. Governor Malloy is someone I would call a friend. Not close "hanging out on the weekend" friends but someone I do respect and talk to occasionally.

I don't flock to Malloy because of the potential of knowing the Governor, but I see him as a genuine human being. I first met Governor Malloy shortly after he began his first term in of all places  a bar. Imagine that, 2 Irish guys in a bar. Little things impress me and I guess, and the first thing I noticed was that Malloy would stand in line like everyone else to get a beer and took out his own credit card to pay for them. We eventually got on the subject of our Irish Heritage and somehow that got to the topic of our Irish Grandmothers.

Everyone tries to make Irish Sodabread  around St Patrick's Day,  but most people don't get it right. I told the Governor my grandmother used to bake it for me all the time, and hers was my favorite. He asked if I made it with buttermilk and raisins and caraway seeds. I told him that was the only authentic way , and baking it in the cast iron frying pan. Governor Malloy asked me to bring him some at the Capitol next time I baked it.

A few weeks later as St. Patricks Day approached I baked several loaves of Irish Sodabread. I called the Governor's Office to see if he could really accept food. His receptionist answered the phone and I was surprised that the voice on the other end was a good friend of mine, Shirley Surgeon. Shirley is a Hartford resident who also loves Hartford and works tirelessly to make our City a better place.

I explained the sodabread story to her and I asked her if the Troopers assigned to the Governor  allowed the food in. She asked me to hold on the phone for a second. Shortly she came back on the line and told me "The Governor says he will be here until five, he is expecting you". I had never been in the Governor's Office and I kept thinking how proud my Grandmother would be that I was delivering Sodabread made with her recipe to the Governor of our State. Like I said before, I guess little things impressed me.

I remembered to  being a toddler, maybe 4 or 5 years old, and my grandmother dragging me up onto a reviewing stand at a downtown parade to introduce me to then Governor Dempsey. It probably would have been a much different  outcome today with Troopers tackling my grandmother. Different times now I guess

I guess the sodabread was a hit. No troopers ever came looking for me for the recipe.

In the end, I don't think any election comes down to how nasty you can be or how much money you can spend to get elected. I think the more important question is di you leave the place better than when you arrived.

It was a terrible time in our State, but I am not sure anyone else other than Governor Malloy, with Lt Governor Wyman by his side, would have handled the Newtown shooting with the same level of dignity and leadership

Malloy and Wyman returned to his Office at the Capitol one morning after attending a funeral for one of the young victims. I happened to be in the Governor's Office and noticed Malloy's often cheerful selection of green neckties had been replaced by a black neck tie. In part defining the sense of mourning that all of us felt at that time. I could tell that the situation was taking a visible toll on the Governor, I don't think any human wouldn't feel it.

No one runs for office expecting theses situation. And Governor Malloy has had his share of trying times, but I doubt, actually No I know, none could take a bigger toll than a situation like Newtown yet Governor Malloy was there from the start right up until the end.

Malloy could have left the task of notifying parents their children wouldn't be coming home to them to State Police, clergy or others, yet he took on the task because that is what leaders do. They don't get elected to do it but when we need that leadership whether in a Hurricane, severe snowstorms  or unthinkable carnage, Governor Malloy has been there.

Unfortunately politics has become such a big business. It would be nice to have a few minutes to talk to our candidates and get to know them, talk about their Irish grandmothers or whatever nationality they are, get a feel for them. I wish that could happen but it's just not the reality.

Dan Malloy hasn't governed by looking to a political future. After years of indecision by others, Malloy made the tough decisions from the start regardless of the re-election consequences. Any one knows  elections are controlled by Unions, but when you are facing multi billion dollar deficits you do what the people elected you to do and make the necessary decisions.

The gunbill may have not been popular but we need to get guns off our streets. Just yesterday, two Hartford Police Officers took an assault weapon known as a Tec-9 off a residential street. The 32 round 9mm clip serves no purpose other that to kill and mame. Luckily the two suspects only had marijuana in their possession, if they were high on PCP or heroin, it could have been a much different outcome 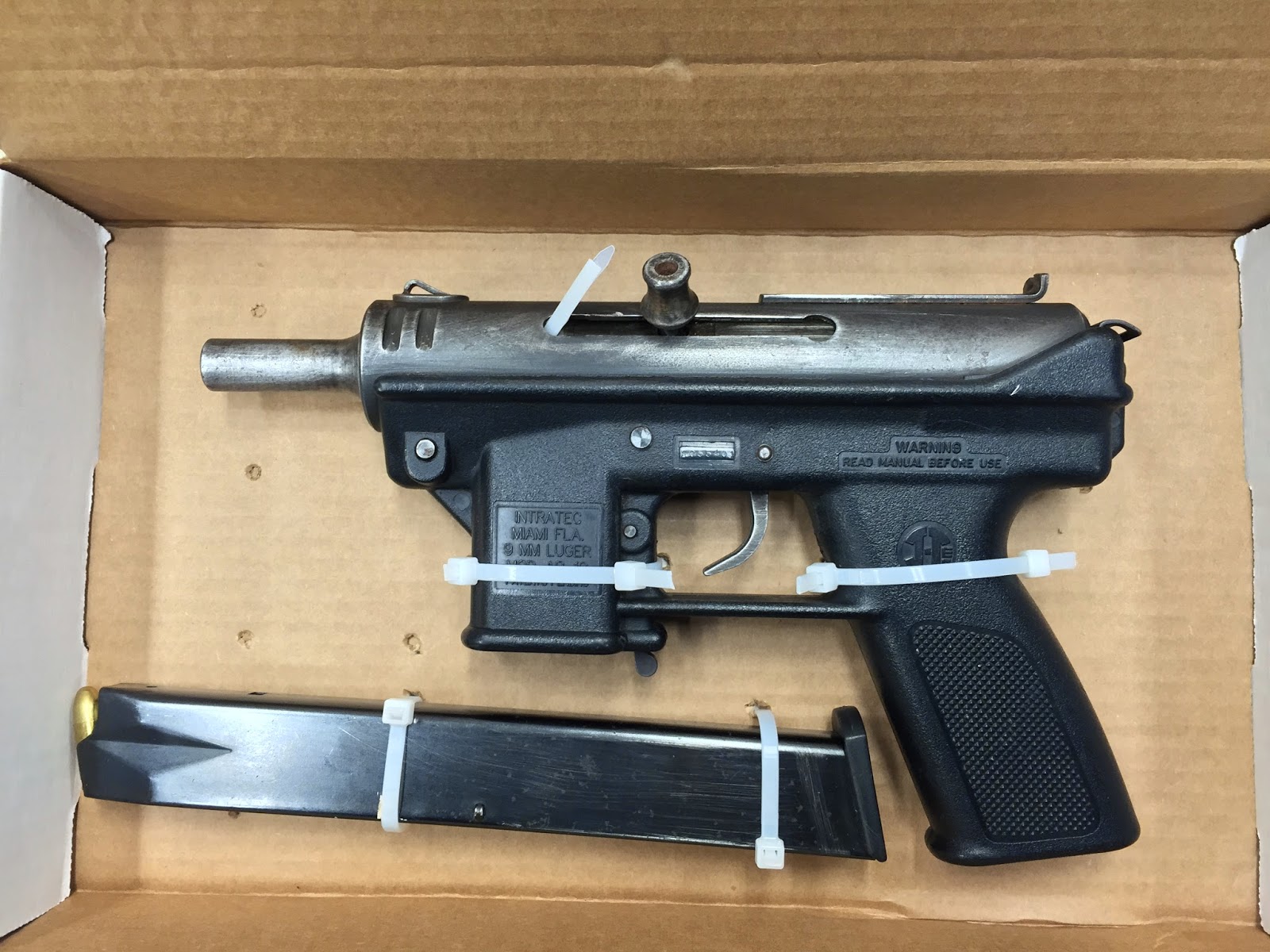 I won't continue, I am sure half or you already have your minds made up about what direction you think our State needs to go. I am a firm believer that Dan Malloy has the integrity and leadership to keep the great State of Connecticut moving and I would ask you consider giving him the opportunity to continue that..

Thanks for indulging my thoughts, and yes I know Foley is Irish also . I'm not sure they serve sodabread on the yacht.
Posted by KEVIN BROOKMAN at 8:05 PM 10 comments:

TEC-9 RECOVERED BY HPD OFFICERS YESTERDAY
Up until recently, North District Community Service Officers had been restricted to a Monday through Friday daytime schedule. Fortunately that has changed and two CSO's scheduled to work last night started their shift by recovering the machine gun pictured  above. The Tec-9 with the extended clip was recovered from two suspects who dumped it on Nelson Street.
Officer's Pepler and Rinaldi observed the vehicle operating at a high rate of speed in the area of Garden and Westland Street. As they attempted to stop the vehicle the front passenger exited the SUV with a laptop bag. Officer Pepler recovered the bag containing the Tec-9 and Officer Rinaldi blocked the fleeing vehicle and apprehended the operator and the passenger.
Angel Gonzalez , 27 , of 133 Westland Street and Jerry McKeithan , 33, of 2604 Main Street were both taken into custody and charged with Possession of an assault weapon, Possession of a high capacity magazine, criminal possession of a firearm, theft of a firearm, weapons in a motor vehicle, and carrying a pistol without a permit
The weapon recovered is a Intratec Model AB-10 with a 30 round clip. In addition, 36 rounds of 9mm ammunition , $481.00 in cash and a small amount of marijuana was recovered in the vehicle. The weapon had been reported stolen from a Garden Street address in 2003.
A great job by Officer's Pepler and Rinaldi and all other assisting officer's getting a very dangerous weapon off Hartford's streets