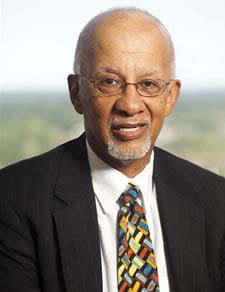 I'm not sure if that is an attempt at a smile or the result of something bad for lunch in the picture above, but Hartford's former Corporation Counsel John Rose has landed a new job after being terminated by Mayor Pedro Sagarra after he took office in June.

Apparently Mr. Rose may have been taking some night courses though because he now claims to be proficient in areas where he was a huge failure for the people of Hartford when he was Corporation Counsel -
* Municipal Litigation
* Commercial Litigation
* Real Estate Law
* Premises and Retail Property
* Personal Injury
* Municipal Services
* Corporate Governance
* Labor and Employment Law

He seems to have overlooked "Freedom of Information" related areas. I guess he still may not be comfortable with FOI cases.

SOME HOPE THAT ENDED QUICKLY

I will eventually get to more details of the HPD Union sponsored seminar, but one of the main things discussed was the importance of police/community relationships.

The amount of mistrust between the community and the police always has surprised me. This has been a topic of conversation between myself and Chief Daryl Roberts on many occasions. The residents don't trust the cops, the cops don't trust the residents and everyone suffers.

One of my constant gripes are officers that constantly miss huge opportunities to interact with the community and let those opportunities slip by. I'm not sure if it is something that needs to be taught because it just seems like common sense.

A perfect example are the vigils held by Rev. Henry Brown after just about every homicide. I try to support Rev. Brown by attending as many vigils as possible. I would almost assure anyone that at just about every vigil there is a wealth of knowledge that could be gained into the crimes by some in attendance. Many of the vigils are attended by people that live within a couple hundred feet of the crime scenes.

At so many of these vigils, police officers are in attendance but they sit in their cruisers, most times with the windows rolled up. Parked at the curb while numerous potential witnesses, potential crime solvers stand feet away from them waiting to do the right thing. Unfortunately they can't do the right thing because they are afraid. Afraid of the dangerous streets and afraid to approach or even trust the unknown officer in the uniform.

At tonight's vigil at Enfield and Greenfield Streets a glimmering ray of hope was shining huge. Several officers were present. They had flyers, they were standing on the yellow line in traffic stopping vehicles, talking to people, looking for information. Other officers were walking up and down the streets going up to porches and talking to people. The television news cameras were eating it up, everyone was focused on the interaction between the police and the community.

One reporter asked me if the police always did that and I told her I had never seen it before, but I thought it was great. It was a great effort, but the bottom fell out quickly.

The vigil started and the five or six officers regrouped on an opposite corner away from the residents in attendance. They probably didn't even realize how it looked to those in attendance. What they had just made look so good a few minutes earlier now looked like business as usual once again. Maybe it isn't just common sense, but crossing the street, meeting the residents, just mingling would make a huge difference in how the police are perceived.

It isn't going to change things overnight, but we need to start working toward the mutual respect and relationships that will benefit everyone, especially Hartford as a city.
Posted by KEVIN BROOKMAN at 8:58 PM 2 comments:

ANOTHER MURDER, ANOTHER VIGIL....BUT STILL NO OUTRAGE

Hartford is a city with, I think, an amazing untapped resource in its residents. It is also a city that never ceases to amaze me. So far this week has been a series of emotional ups and downs when you stand back and look at what Hartford has to offer. Realizing that baby steps get things started, the HPD Union this week took quite a few steps in the seminar they offered. I wrote a little about it last night, and I have a lot more to write later.

Simply enough, she was a 27 year old woman shot dead in the street as the result of two thugs settling a fight after one of the thugs ran to his car to retrieve a weapon. The total disregard for human life was exhibited as a 27 year old woman had the extreme misfortune of being an innocent victim of Hartford's gun violence. A 27 year old woman who had a bullet fired by a cowardly thug strike her in the head, ending her life almost immediately.

A bullet fired as the result of a gunfight between two cowards who chose to settle their differences at the barrel of a gun. A 27 year old woman who has the misfortune of being Hartford's 18th homicide victim for 2010.

The sad part though is in asking where is the outrage? Last week a 25 year old mother of a 4 year old son was victim number 17 as she exited a convenience store in the middle of a gunfight orchestrated by more gun toting cowards. A blip on the 11 o'clock news on Channel 3, a couple inches in a column of the Courant, but still no outrage. Try that in Farmington or Avon or Vernon and see what the response would be.

The really sad part though is that postings about predator politicians dancing in their blue boxers or how many women can a potential Mayoral candidate impregnate generate all types of responses. Shoot a 27 year old woman in the head or a 25 year old mother through the heart and nothing, no outrage...nothing.
Posted by KEVIN BROOKMAN at 7:28 PM 7 comments:

Do voters really make their decision based upon the candidate or are they swayed by who is willing to stump for them. And if Blumenthal is really not a D.C. insider, then how does the President, former President Clinton or even the First Lady feel comfortable talking about him. I know President Clinton apparently spent time with him at Yale, but those may not be the clearest memories.

And what about the debates? Is anyone really listening or is it just a good break from Jeopardy and Wheel of Fortune?

And does a neck in neck poll influence your vote for or against a candidate?

Feel free to post your comments.
Posted by KEVIN BROOKMAN at 6:44 PM 2 comments:

IT SHOULD BE MANDATORY...

Last week I received a call from Hartford Police Union President Richard Rodriguez late one evening. Now I haven't always been friendly to the Union's stance on some issues, and the call actually caught me off guard.

Rodriguez explained that he was calling to invite me to a seminar that they were offering this week and the Unions Executive Committee had discussed it and wanted me to attend. I agreed to attend.

The seminar was hosted and paid for by the Union and started yesterday at Aetna and is being attended by probably 150-200 police officers from across Connecticut and as far away as Boston PD and Cape Cod. Numerous Hartford Officers are attending as well as a large contingent from the Connecticut State Police and many municipalities. The purpose of the seminar is for police officers that investigate police related shootings.

I am one of four civilians attending and it has definitely been an eye opener. The course outlines the science behind addressing evidence and the questions police shootings usually raise in the community.

I think this is the type of course that should be offered to any community group or residents that want to learn more about what probably is one of the most inflammatory incidents that can take place in any town.

I'll post more on the course itself after we finish the seminar tomorrow, but it definitely points out a major need for some bridge building in our community and probably cities across our country. No one I have talked to has denied that a huge mistrust exists between the police and the community.

The greater question is how to we start building that trust. I think a big part of it needs to start with the Police Department and the way they communicate with the residents. It seems like the Hartford Police Union is taking a major step to be part of the solution and even though there are only a handful of us "civilians" there, it is a start.

During lunch today, myself, Hyacinth Yennie, Stan McCauley, Jackie Maldonado and Richard Rodriguez had a conversation about how to keep the process that the Union started moving forward. Some good ideas came up and we are going to start building on those ideas. Hyacinth and Jackie are also members of the Firearms Review Board.

I think it is important to start the conversation going now and start building the trust, on both sides of the issue. It is going to take the cops to understand residents and the residents need to understand the cops also. The video and materials they have presented have been an eyeopener for me and the others, and I'm already usually pretty supportive of our Police Department.

As an example, most people usually immediately make up their mind in a police shooting that a suspect shot in the back must be an execution. The suspect was running away, the threat no longer existed so why did the cop shoot? I know I'm probably not going to change minds here, but when you see the "science", it is convincing. And this isn't just propaganda to exonerate "rogue" cops, it's documented science and studies.

It is also an eyeopener to the threats Police Officers face daily. With the introduction of dash cams in cruisers and video recording almost constantly everywhere else, documentation is everywhere when a shooting takes place. If a suspect decides to shoot a cop, the officer may not even have the chance to draw his weapon in the time it takes his brain to process the threat to him. The "science" breaks these actions down in to fractions of a second, not even 2 , 3 or 4 seconds but 0.10's of a second.

Like I said, I'll post a lot more after the seminar is done, LAPD shooting
investigators are up tomorrow and it should be interesting.

In the meantime, where is the media? Where is the Police Department communications people? This is something positive being done to better educate police officers and we shouldn't only hear about Hartford cops in trouble. The bridges need to be built and it starts with education like this.

The first two days were presented by instructors from the "Force Science Institute", to get more information click here. The videos on their site are also pretty informative and can explain some things better than I can here
Posted by KEVIN BROOKMAN at 5:32 PM 16 comments: