Several sources have confirmed that Hartford Fire Chief Ed Casares is calling it quits when his contract expires in 2012. Casares replaced Fire Chief Charles Teale in 2010 when Teale retired.

Chief Casares was unable to be reached for comment.

More on this as information becomes available
Posted by KEVIN BROOKMAN at 6:42 PM 14 comments: 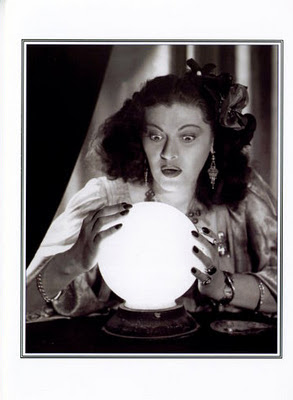 Jeff Cohen at WNPR had an interesting story about the battle for Council President when the new Council begins. Click here to read Jeff's story

Kenneth Kennedy, a Council incumbent, is seeking the Presidency as well as Council newcomer Shawn Wooden. The vote apparently comes down to one swing vote, also a Council newcomer, Kyle Anderson. The general consensus is that three Democrats have aligned themselves behind Kennedy and the three minority Council members, all Working Families Party members are behind Wooden. That leaves Anderson potentially as the deciding vote.

One of the points I tried to make repeatedly is that people need to think hard about who is placed in the position of Council President. We need to ask if we can imagine that person as potentially the Mayor. The Council President, as outlined in the Charter, is the successor to the Office of Mayor if the Mayor is removed from office or can not complete their term.

We saw that last year when Eddie Perez was convicted on corruption charges and left office in shame as a convicted felon. I shudder to think what would have happened if the Council President wasn't Pedro Segarra at the time and someone else might have become Mayor.

But going back to the Cohen story. Councilman Kennedy was quoted in the story as follows, "I know the rumor mill in Hartford but I want to state unequivocally that Mayor Segarra is going to finish his entire term.".

Unequivocally? Based upon what, a crystal ball? ESP? the stars? In true political fashion, it seems like a promise being made that no one can guarantee. It seems like the Councilman may be trying to allay potential fears of what kind of Mayor he would be if he is fortunate enough to gain the Council President's seat.

I'm sure many people would have said "unequivocally" that Eddie Perez would have finished his term also, but a lot of things can change in the course of four years and no one can back up a statement like that, not even Councilman Kennedy.
Posted by KEVIN BROOKMAN at 6:19 PM 8 comments:

ANOTHER EPISODE OF HARTFORD'S DUMBEST CRIMINALS

I guess for some people it is true that crime doesn't pay. Actually eventually it doesn't pay for most people, but some are a lot less skilled in the trade.

One example is one of our local residents who committed a robbery on Friday. I guess he was unaware that during the robbery he somehow dropped his wallet at the scene. It didn't take too much effort for HPD to quickly identify a suspect when they took the wallet into evidence, complete with photo ID of the alleged robber.

If losing his wallet at a robbery scene wasn't bad enough, it gets worse for this genius.

Apparently to continue his crime spree, the suspect decided to steal a ladder from an apartment building on Broad Street near Russ Street Saturday morning. He got away unnoticed with the ladder, but then once again he made a critical mistake.

This crook needs to try a new line of work since crime is definitely not his strong point. The owner of the ladder called HPD and officers responded promptly and the suspect was located and the ladder was recovered.

Another stroke of bad luck though, one of the responding officers was also involved with the investigation of the previous days robbery. The officer recognized the suspect in the ladder theft as the person who was identified as the robbery suspect from the previous day.

Moses Castro was arrested and charged with the ladder theft and unless he makes bail will most likely be presented in Court on Monday, putting an end to his crime spree, at least for the time being.

Another good job by HPD, but some times it just seems too easy.
Posted by KEVIN BROOKMAN at 5:47 PM 1 comment:

The event is open to the public and attendees are encouraged to bring a non-perishable food item for the St. Augustine Food Pantry or hygiene items that will be donated to the South Park Inn shelter.

Light refreshments will be served.
Posted by KEVIN BROOKMAN at 2:49 PM No comments:

Those not vacating the park will be subject to arrest after the 6:00PM deadline. The decision was apparently made after several violent incidents have occurred at the site, including a stabbing, a sexual assault and two gun calls that occurred in in the last 24 hours
Posted by KEVIN BROOKMAN at 10:47 AM 14 comments: