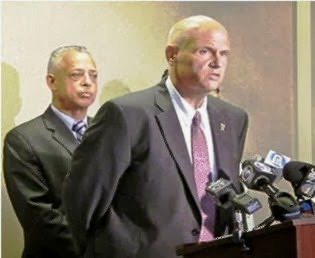 Hartford's Police Chief James Rovella has been going through some medical issues for the past few weeks.
Today Assistant Chief Brian Heavren put out the following statement in regard the Chiefs absence.
"As many of you know, Chief Rovella has recently been out sick.  I spoke to him today and he is feeling better and he sounded good.


He appreciates the thoughts and prayers and was very interested in what was going on here at the PD.


He  remains at the hospital and due to various procedures, visitation is limited.


I appreciate the support and your hard work during his absence."
Please keep the Chief and his family in your thoughts and prayers as he continues top recover.
Posted by KEVIN BROOKMAN at 6:30 PM 7 comments:

A NOTE TO MAYOR SEGARRA'S SCHEDULER

Make a note; get out your little I-Pad and make a reservation for New Year's Eve for Mayor Segarra and a party of six. See if he can get the same table he had last year, that really worked out well. Lets skip the caviar this year though. Also check to see if the P-card is still accepted. 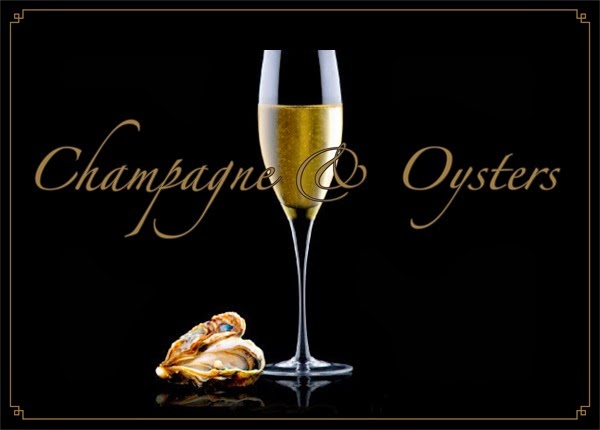 Enjoy a dozen oysters and a bottle of Louis Roederer Brut Premier Champagne
(full or half bottle) at select Max restaurants
for one low price.


CELEBRATE THE SEASON IN STYLE
Enjoy a dozen oysters and a bottle of Louis Roederer Brut Premier Champagne
(full or half bottle) at select Max restaurants
for one low price.

Posted by KEVIN BROOKMAN at 3:34 PM No comments: 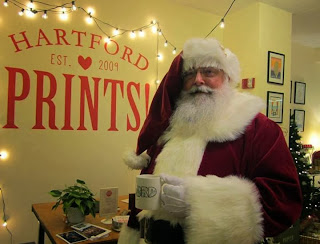 The annual Maple Avenue NRZ  Holiday Meet and Greet will be held this evening at 6PM in the basement hall of Saint Augustine Church at 10 Campfield Avenue.

Santa will be arriving at 6:00PM until 7:00PM . Enjoy food and friendship. Please bring a canned item for the St. Augustine Food Pantry or a hygiene item for the South Park Inn homeless shelter.

Hartford is a City that has more than its share of issues to be dealt with. Increasingly  I am surprised by what the priorities for our community are. We seem to be plagued by incompetence and poor leadership, if there is any leadership at all.

The recent Kennard Ray uproar just seems to highlight our problems. I will say upfront, I am not a supporter of Mr. Ray and I don't believe the issue is being framed properly .It starts with the "ban the box" ordinance. This is nothing more than a feel good law that essentially has no real protections for anyone. OK, so you don't ask if the applicant has any felony convictions . Once they get hired and you find out they do, you terminate them. A total waste of time for everyone involved, not to mention demoralizing for the applicant.

Anyone that has to renew a trade license in Connecticut , electricians, plumbers, barbers, and many others have to check off a box that you have not been convicted of a felony in the past 12 months. It is a reality of life. we are thinking adults and need to accept responsibility for our actions as adults, and felony convictions typically do not open doors for anyone ( except maybe John Rowland)

And what employer shouldn't be allowed to know who they are hiring. I would think some convictions may be very pertinent to the position that a convicted felon might actually be getting hired for. Financial crimes or embezzlement might not be the best thing for someone looking for a banking job. Is an employer supposed to be prevented from knowing about that?

What would seem more important is finding an employer, or a Mayor, with a backbone that is willing to stand behind their choice to give a felon a second chance. Or in Mr. Ray's case a 5th , 6th or 7th chance. I think Mayor Segarra was caught off guard by the backlash in the Ray hiring because he never did his homework in the first place.

But when the matter started to erupt, Segarra , if he thought Ray was the right choice, should have sttod up and taken a stand on the matter. But the fact of the matter was that Ray most likely wasn't the best choice for the job, but may have been the best "political" choice for the job. I don't think any one is discounting Mr. Ray's ties to the Working Families Party  weighing heavily on Segarra's choice.

If it was about "second chances" Segarra should be one of the first people to acknowledge that and stand up for his choice. We have probably all made choices in our past that might not have been the most stellar, and Pedro Segarra is no exception. Ask him about the Cuban connection and see what kind of response you get.

And the community support for Mr. Ray surprises me when no one seems to be mentioning the name of Thomas Clark. Mr. Clark was an employee in the Mayor's Office until recently when he was for all intents and purposes driven out.

Thomas Clark is a young African American male , well educated( he holds an MBA), hard working professional and a person of faith. From what sources  have told me , Thomas was driven out of the Mayor's Office because he was perceived as not being a "team Player" . God forbid someone in the Mayor's Office actually speaks his mind.

Maybe if more people in Segarra's inner sanctum actually did speak up, many of the missteps by Segarra could be avoided. But Clark was  out in the community and projected an image for a young black man that should set him up as a role model for Hartford's Youth before they need to fight the battle for a job because they have the title convicted felon attached to them. Clark's salary was also close to a third of the salary of most people in the Mayor's Office, how is that fair?

Rather than everyone rallying behind a man that has had numerous felony convictions, why don't we actually begin the conversations on trying to end the pipeline from adolescence to prison that draws in the majority of Hartford's young men. Now there is a battle worth fighting. for.

What we really need to do is hold our elected officials accountable for their election year rhetoric. We always hear about "re-entry" programs for felons returning back from prison from candidates and how important they are. But then once the campaign is over, the talk goes away until the next election cycle.

A Mayor with vision would be sitting down with every Hartford employer and asking them to allocate  maybe 10% of their annual hiring to be set aside for Hartford residents. That would make a dent in Hartford's joblessness, and probably crime stats also. A Mayor with vision would be working with the MDC to leverage jobs from a huge project that is disrupting just about every neighborhood in the City to create jobs for those same residents that are being affected.

Vision requires thinking "outside the box" and then standing for what you believe in, sometimes even when that stand is uncomfortable. Right now the only job creation seems to be on the Mayor's Staff. But in the meantime, lets look for those that can serve a dual purpose as City employees and also role models for Hartford youth, I think Thomas Clark would have served that purpose. There may be a place for Kennard Ray in Hartford government, but I am not sure it is a high profile position in the Mayor's Office.
Posted by KEVIN BROOKMAN at 3:20 PM 12 comments: 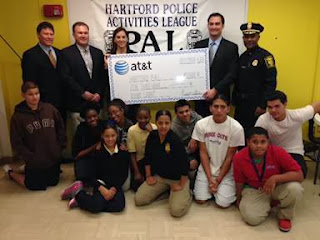 
State Senator John Fonfara was on hand for the announcement. “I commend AT&T Connecticut for supporting the Hartford community this way.  It will provide opportunities for city youth that may not have otherwise been available.  It’s important to make sure that our young people have the tools they need to succeed in life.”


The program will employ a youth evaluation survey to measure performance and track outcomes. It will create job and educational readiness and support, gang, gun and bullying awareness, conflict resolution, mentorship support, an increase in self-confidence and a decrease in exposure to violence.


“This donation will help PAL provide more Hartford youth with the tools they need to succeed, graduate high school, have the opportunity to go to college and be better prepared for jobs and careers,” stated David Jorgensen, Chairman of Hartford PAL. “AT&T Connecticut’s contribution will serve a great cause and we look forward to the positive impact this program will have on our community.”


“AT&T welcomes the opportunity to help students at risk by assisting programs that are committed to helping our most vulnerable students develop the skills necessary to compete and thrive in today’s competitive job marketplace,” stated Abigail Jewett, Regional Vice President External Affairs, AT&T Connecticut.  “We’re proud to help play a role in the development of the YES Program and look forward to its success.”
Posted by KEVIN BROOKMAN at 1:17 PM 2 comments:

TEMPORARILY OFF THE HOOK, BUT NOT INNOCENT

The case of former Mayor Eddie Perez continues to wind through the courts, but apparently it is not over yet. The Connecticut Appellate Court released its much awaited opinion this morning , and essentially overturned the felony convictions of the former Mayor, but that is not the end of it.

The 3 judge panel made it clear that they felt the evidence was there to convict Perez but that the trial judge, Judge Dewey had erred when she allowed both of Perez's cases to be tried in one proceeding. The case has now been remanded back to the Superior Court for two separate trials.

That would probably mean that the strongest case, the corruption charges might result in a conviction when tried on its own. The bribery charge , the weaker case might not end up in a conviction.

The Office of the Chief States Attorney in a statement issued this afternoon, appears to be moving toward either retrying Perez or appealing to the Connecticut Supreme Court, hoping that the high Court would see it differently than the Appellate Court and overturn today's decision and allowing Perez's conviction to stand.

The spokesperson for the Chief States Attorney stated "We are still reviewing the Appellate Court's decision, but is our intention to proceed with the prosecution of these crimes, either by way of appeal to the Supreme Court or by retrial in accordance with today's decision"