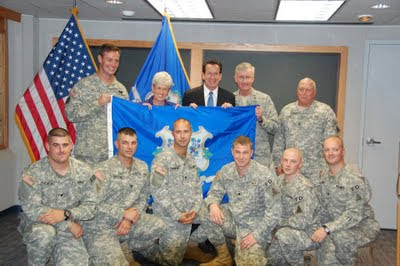 I think it is a fair question to ask when this nonsense is going to end. All along the trail of the Nolan termination it has become pretty clear that Dan's termination as a Deputy Chief with the Hartford Fire Department was unjustified.


The City of Hartford Corporation Counsel has gone to the mat though trying to defend the actions of a felonious Mayor and an apparently less than honorable Fire Chief who has since retired. You can follow the trail by entering Dan Nolan in the search box above to read all of the archived articles.

Essentially though as a quick recap, the Arbitrator agreed upon by the City and the Hartford Firefighters Union determined that Nolan's termination was not legal or justified and ordered Nolan reinstated. Apparently the Corporation Counsel didn't agree with that and appealed the decision.

The Court has now also agreed that Nolan's termination was not justified and that the Arbitrator acted properly and was correct in his actions. In a ruling issued last week, Superior Court Judge Wood has affirmed the arbitrators decision and rejected the City's arguments to have the award rejected. Judge Wood confirmed that the award was properly decided and confirmed Nolan's right to enforce the award.

This may prove to be another expensive mis-step by the decision makers in the Corporation Counsel's office. It is time for Mayor Segarra to do the right thing and abide by the decision, settle the matter with Nolan and get him back to work when his tour in Afghanistan is done.

Mayor Segarra settled claims with a corrupt Mayor for accrued sick time and vacation time after he was convicted of his felonious acts against the City. Doesn't he owe better treatment to a military veteran who has served his City and his Country with honor?

Here is Judge Woods decision below, it pretty much shot down all of the City's arguments as baseless:

HALF A MILLION AND STILL GOING

The hit counter has officially rolled over 500,000. I never thought the blog would catch on, but apparently it has.

I have been relatively quiet the last couple weeks as I have been a little under the weather with a cold I can't get rid of, but I am ready to start digging an writing again.

I will be posting a "Nolan Update " later this evening and anything about Dan Nolan has proven to be very popular here.

Thanks again for reading and following "We the People"
Posted by KEVIN BROOKMAN at 7:11 PM 2 comments: