JOIN YOUR NEIGHBORS FOR "MOVIES UNDER THE STARS"


Musical Drama, based on true story

Join us for the Broadway and film classic.


"You brought music back into the house." - Captain von Trapp.


The plot is based on the memoir of Maria von Trapp, The Story of the Trapp Family Singers. "Somewhere out there is a lady who I think will never be a nun. Auf Wiedersehen, darling." - The Baroness.


So long, farewell, au revoir, auf Wiedersehen! I'd like to stay. Good night.


Comedy, based on true story


"It's supposed to be hard. If it wasn't hard, everyone would do it. The hard... is what makes it great." - Jimmy Dugan, fictional manager of the Peaches.


"Baseball is what gets inside you. It's what lights you up, you can't deny that." - Jimmy Dugan.


"There's no crying! THERE'S NO CRYING IN BASEBALL!" - Jimmy Dugan

THIS HAS TO BE A JOKE

This has to be a joke, there is no other logical explanation for it. Yesterday $10 million for a study of tolls and now today, Pedro Segarra nominated as a Workers Compensation Commissioner. Maybe a case of sunstroke?

Governor, after 8 years in office, Pedro Segarra is the best you can come up with?

This erodes the publics trust and any confidence we still have left in our Government with moves like this.

Pedro Segarra, as you are well aware, was a terrible Mayor who couldn't make a decent decision if his life depended on it. What makes you think that has changed and he will now be a suitable Workers Comp Commissioner?

Please Governor Malloy , rethink this and don't make a joke of the process..

JOIN THE DISCUSSION WITH NBC CONNECTICUT 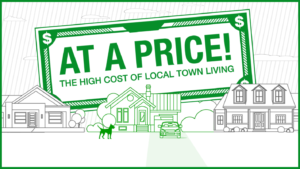 
The NBC Connecticut Investigates series, “At a Price!”
took a hard look at the high cost of living in a state
with 169 towns and cities. Can we afford to have so
many municipalities and limited regional government?
Are we getting our money’s worth? Is there a better way?
Join us for a stimulating discussion on what it means to be
a taxpayer in Connecticut moderated by NBC Connecticut
Chief Investigative Reporter Len Besthoff.

Panelists include:
Gary LeBeau, Former Connecticut State Senator
Wildaliz Bermúdez, Hartford Councilwoman / Minority Leader
Jonathan Costa, Assistant Executive Director, EdAdvance
NBC Connecticut Investigates Reporters
Other elected officials and community leaders
This is a chance to have your voice heard. We will be sharing your ideas
and issues with local and state leaders.  And portions of the evening will be used
in an upcoming 30-minute special that will air on NBC Connecticut.
The event is free, but please make a reservation so we know you are coming.
Click here to reserve your seat.
Important! Please be advised that this event is being videotaped/recorded
for NBC Connecticut (WVIT), a division of NBCUniversal Media, LLC
(collectively “NBC”).  If you attend this event, you may appear,
and you agree to appear, in this or another production, in any
manner and/or media, worldwide, in perpetuity, including in
advertisements and promotions.
You will not receive any payment for such use and you waive
any right to bring any action in law or equity for such use.


NBC Connecticut: “At a Price!” Community Forum
Tuesday July 31, 2018 @ 7:00PM
The NBC Connecticut Investigates series, “At a Price!” took a hard look at the high cost of living in a state with 169 towns and cities.
Can we afford to have so many municipalities and limited regional government?
Are we getting our money’s worth?
Is there a better way?
Join us for a stimulating discussion on what it means to be a taxpayer in Connecticut

On July 14, 2018, Hartford Police Units were assigned to the city Fireworks show at the Riverfront plaza.

After the fireworks had concluded officers were assisting with clearing the people from the area. At 2206 hours, Officers heard multiple gun shots ring out on the upper plaza adjacent to 1 Constitution Plaza. Without hesitation all officers in the area moved to the sound of gun fire.
Officers J. Rowe, C. Palmieri, and E. Donnelly observed a male dressed all in black firing multiple gun shots towards a crowd of people, then attempt to flee the area southbound. Officer Rowe was the first officer to reach the suspect and ordered him at gun point to get on the ground. The suspect still clinching the firearm turned and threw it over the railing of the bridge onto the sidewalk below.

Officer Rowe then physically took the suspect to the ground and secured him with the assistance of Officer Palmieri.

The gun was secured by additional units responding to the area.

A canvass was completed in the area for evidence. Located was property damage to the window and building at 1 Constitution Plaza , also the concrete planters in the courtyard were also damaged by gun fire. On the ground, seven (7) spent 9mm shell casings were found. The area was secured and CSD responded to the scene for processing. V.I.N. personnel was also on scene and assisted with the investigation. Detectives debriefed the suspect and then he was transported to HPD booking.

Two years earlier . Robinson was allegedly the suspected shooter in a shooting incident on Mather Street/ In that incident it is believed that Robinson had mistakenly shot a young man and left him paralyzed for life. Even though a prosecutor and a judge felt that there was probable cause to issue a warrant for Robinson, GA14 in its typical fashion gave Robinson a slap on the wrist and a stern warning and sent him back into the Community to shoot again.

From the HPD wanted flier that led to Robinson\s first arrest
:
"The Major Crimes Division is seeking assistance in locating Michael Robinson DOB 03/06/1999. Robinson has an active arrest warrant (Stop # 977) for his involvement in the shooting incident that occurred at 154 Mather Street on Wednesday May 04, 2016 (HPD case number 16-12751). Robinson has a last known address of 11 Heritage Drive in Windsor Connecticut but he is known to frequent the Garden Street, Barbour Street, Martin Street, and Judson Street areas. Robinson may be in the company of Antwane Daniels DOB 01/18/2000 who is also wanted for questioning in this incident. Officers are reminded to use caution if contact is made with Robinson as the firearm used in this incident has not been recovered."

This time he allegedly fired  into a crowd attending a fireworks display.

Some people , such as Michael Robinson clearly do not belong in a civilized community and our City would be better served with Robinson facing a long period of incarceration until he learns how to behave. Robinson has already cau8sed enough pain and suffering , even at his young age.

Maybe this is a perfect incident for the Feds to take over since the Hartford County States Attorney couldn't get the job done the first time.

Here is more about his first alleged victim
Posted by KEVIN BROOKMAN at 7:54 PM 6 comments:

DOES HPD HAVE RHYTHM?

Police Departments across the country are issuing a challenge to other Departments.

The Law Enforcement Lip Sync challenge has produced some great videos by Police Departments, both large and small agencies.

I am confident that HPD has both the talent and skills to produce such a video.

Many of these videos can be viewed on YouTube.com bt searching Law Enforcement Lip Sync Challenge

Here are a couple of samples