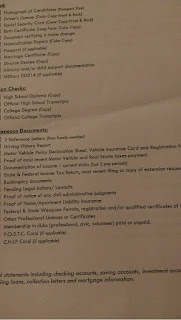 The list above is a document given to all potential Hartford Police applicants this week in preparation for their pre-employment background checks. I understand the need for a fair and thorough background check of police applicants, but should they really be held to a higher standard than anyone else at City Hall, including the made up position of Chief Financial Officer?

I am just wondering , why is it OK to ask that of a potential Police Officer but we don't require the same information of a potential Finance Director or a CFO, if we had such a position. 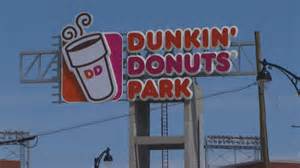 Everyday I find myself asking more and more, "What is Luke up to? What is his plan?" I am not sure anyone can answer that question, at least not honestly, without causing a rebellion.

Moving to plunge Hartford into bankruptcy. Trying to strip negotiated pension rights away from Hartford's employees by legislative action. Cancelling one civic event after another under the guise of budget cuts. Throwing the developers off the stadium project and moving toward a lengthy and costly legal battle,

Now the vision for the stadium appears clearer if we are to believe a document filed in Hartford Superior Court on Friday.  It has been said for a while that Bronin's plan was to remove Centerplan to clear the way for Josh Solomon , the Yardgoats owner, to bring in his buddy , John Moriarty and Associates, to complete the project

According to sources , the Chairman of the Hartford Stadium Authority, I Charles Matthews, was originally introduced to community people as "working for Josh Solomon to get the project approved" It is unclear if I Charles Matthew's time as HSA Chairman and a Solomon overlapped or when the relationship was severed. Matthews son , Brian Matthews is also a City of Hartford employee working in the Department of Development Services, the same Department overseeing the Solomon deal and the construction of the Stadium.

According to the document, Centerplan alleges that is exactly the plan and they anticipate the City and Bronin to make that announcement this coming week

"Upon information and belief, a meeting took place on or about Tuesday, July 19, 2016  between Josh Solomon, the owner of the baseball team scheduled to occupy the stadium, and representatives from a construction company – John Moriarty & Associates, Inc. (herein also “Moriarty”). At the conclusion of that meeting, representatives from the City advised both Mr. Solomon and Moriarty that they could contact subcontractors who had previously worked on the  project to discuss going back to work with Moriarty overseeing the project, as opposed to Centerplan. On or about Wednesday, July 20, 2016, a project manager from Moriarty did contact at least one subcontractor to discuss going back to work under the oversight of Moriarty. Upon information and belief, the City intends to announce next week (the week of July 25) that it has retained Moriarty to complete the project. "

In the meantime, Bronin's law buddies hired  to handle the suit are adding up their hourly charges as the stadium sits empty and the only game being played is Bronin and companies "fleece the taxpayers".

In the meantime Bronin may have greater problems on the horizon. A Federal Grand Jury is being impaneled to probe into the fundraising efforts and any potential criminal activity of the Connecticut Democratic Party and Governor Dannel Malloy. Bronin may have played a key role in those efforts as the Chief General Counsel; to Malloy during that time period.