WILLIE? WILLIE NUNEZ IS THAT YOU?

I found this picture on the Hartford Advocate website, and it kind of made me wonder is this what we should expect to see from Eddie Perez in the coming weeks as he tries to paint all of us as racists trying to tear him down. I hear that Perez is being tutored by Sarah Barr and Lou Brown to perfect his Richard Nixon impression and we should be getting El Jefe's version of Nixon's "I am not a crook" speech any day now.

Since day one, Perez has refused to take blame for any problems in the city or his mistakes. Everything has been Governor Rell's fault,the Bush Administrations fault, the Waterford Group and the Wohlman's fault, and on and on and on. And now, luckily Eddie Perez's arrest has helped unveil the Chief State Attorney's office and our Superior Court judges as the racists they apparently are , according to Perez and his attorney.

Forget the corruption testimony by Carlos Costa and others, forget the phony e-mail addresses to avoid detection (Perez staffer Susan McMullen had a phony e-mail address in the name of Willie Nunez created for Perez), forget the phony billing initially charging Perez's renovations to the Church Street Garage renovations. Forget the lies by Perez to investigators offering to provide cancelled checks of his payments. Forget Perez making a beeline to the Credit Union to cover his tracks and obtain a loan to pay the phony invoice he asked Costa to provide. It is all purely an attempt by a racist group of individuals to tear down a Mayor that I am sure the Hispanic Community is extremely proud of at this moment. A community that put their hopes and trust in Eddie Perez to be a role model and further the image of their community as well as the City of Hartford.

When Perez's actions started to come to light to me and others probably over two years ago, I was surprised by people's allegations. As I continued to listen to people coming forward with allegations, I followed them closely and watched the evidence of wrongdoing grow. I think I can honestly say that myself and others care more about our city and would support honest leadership no matter who that comes from, regardless of race, creed color, gender etc, etc, etc. We have never really talked about it, but I think Stan McCauley, who I strongly supported for mayor in 2007 is African-American. When the allegations continued to grow and Perez's home was subject to a search warrant, Perez's response was that his wife's health was the excuse, that he was distracted. Once again Eddie, don't take blame for your actions, make an excuse, no matter how cowardly and disgusting that excuse may be. And then the arrest warrants are signed, Perez is arrested, and it is all about race. I've read the arrest warrant affidavits a couple times and I must be reading wrong because I haven't found anything that appears to be motivated by race. If anything, this Grand Jury seems to have gone out of it's way to protect Perez's
right to privacy and the obvious lack of leaks or information making it to the public before the arrest affidavit being released as a public record.

That might be part of the problem though. Perez has had a real problem comprehending that "public information" thing throughout his administration and I'm sure he never realized that the public has the right to see the actual allegations. Maybe he can consult with his alter ego "Willie Nunez" for an explanation of the Freedom of Information Act. I would have suggested he talk to John Rose, but I would venture to say that might be at the root of a lot of Eddie's problem, the "advisors" (aka "yes-men") have given King Eddie some very bad advice. 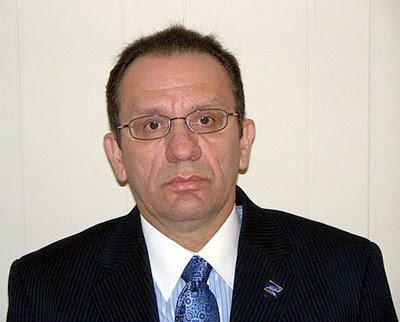 CLICK HERE TO VIEW THE FULL TEXT OF THE PEREZ ARREST WARRANT AFFIDAVITPerez Affidavit
Publish at Scribd or explore others: Other Business & Legal
Posted by KEVIN BROOKMAN at 3:42 PM No comments:


Enough has been posted over the last 24 hours about the Perez arrest, I'll eventually post my thoughts on that, but one of the claims outlined in the arrest warrant affidavit really caught my interest.

From an administration that consistently touts its claims of transparency, it was very interesting to read how the city created a phony and fraudulent e-mail address in the name of "Willie Nunez", which actually belonged to Perez. This was apparently created at the direction of Perez puppet Susan McMullen and used by Kelvin Roldan. The intent of this fraudulent e-mail address appears to be to avoid detection of e-mails directed to Eddie "Willie Nunez" Perez that may have been found through FOI requests.

Roldan's actions as a Perez puppet have been well rewarded though. At Tuesday evenings post-arrest Board of Ed meeting, Roldan was approved as a full time permanent employee of the Board of Education at a $99,000.00 a year employee. Hiring freeze, what hiring freeze. It may cost a couple teachers their jobs to afford Roldan's salary, but at least the loyal puppets know they will be taken care of.
Posted by KEVIN BROOKMAN at 2:11 PM No comments: