FROM HPD: ANOTHER STOLEN VEHICLE RECOVERY

On Friday October 12, 2018, at approximately 1230 hours, members of the Hartford Police Auto Theft Unit observed a 2013 Ford Fusion that had been previously reported stolen from New Britain, Connecticut. This vehicle was also reported to have been involved in a residential burglary in the town of Southington. After confirming the vehicle was still listed as stolen, the vehicle was stopped and the operator taken into custody without incident.


During the course of the arrest, numerous items consistent with those reported stolen in the out of town burglary were observed within the vehicle. The operator of the vehicle and a passenger were transported to the Major Crimes Division for debriefing.
Arrested: Matos, Generoso DOB 11/13/1991 of 71 Lillian Street, Bristol, CT
Charges: Larceny 2nd degree, Operation without owner's permission, and Criminal Trover 2nd degree

Posted by KEVIN BROOKMAN at 7:55 PM No comments: 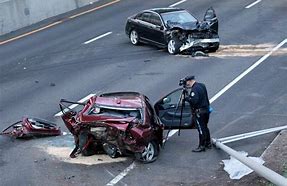 Anyone that drives in Hartford knows that they are taking their lives in their hands every time they travel on Hartford's streets.

Fatal traffic accidents are more than doubled over the same time last year. Hartford experienced its 19th fatal accident yesterday when a pedestrian was struck and killed on Wethersfield Avenue.

The current state of drivers in Hartford is definitely not caused by a lack of enforcement by the Hartford Police Department, and actually the numbers show a large increase by HPD this year.

Citywide as of this date, there have been over 10,335 motor vehicle traffic stops, mostly by the HPD Traffic Division. By comparison, for the same period last year, HPD conducted 7,034 traffic stops.

56% of those drivers stopped were given motor vehicle infractions and 44% were just issued written or verbal warnings.

According to HPD, their main goal is to correct driving behavior through enforcement and that doesn't always involve a monetary fine.

The HPD Traffic Division also received funding to pu8rchase an updated "speed cart"  which shows drivers their speed as they approach. Currently the traffic carts are deployed in key enforcement areas as needed..

DUI enforcement  also points to a serious problem  with impaired drivers on Hartford's Streets. For 2018 there has been 48 DUI arrests on the Wethersfield Avenue   corridor alone. as well as the many other DUI arrests City wide funded by checkpoints mad possible through State and Federal funding grants.

Despite HPD's efforts, the message clearly isn't getting out. Anyone who drives on Hartford's streets most likely has numerous stories of near misses with drivers who blow through intersections running red lights or improper passing or drivers who make right turns from the left lane. And what about the school bus violations . And I won't even get started on the Handicap  parking violations. One Hartford Officer recently wrote 18 Handicap parking violations at the Washington Street CVS during one nights shift.

Although HPD is doing the best they can with limited resources and staffing, more needs to be done to stem the increase in traffic fatalities. Most of us are more at risk of being killed or injured in a traffic incident in Hartford than we do from shootings or homicides, but either way, people are being killed
Posted by KEVIN BROOKMAN at 4:37 PM 7 comments:

FROM HPD: ANOTHER GUN ARREST 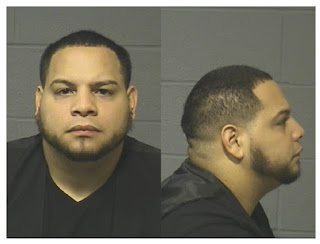 On 3/31/18 at approximately 2324 hours, Patrol Officers were dispatched to 31-33 Eaton Street in response to a ShotSpotter activation. Upon arrival, officers located six 9mm cartridge casings and one live 9mm round in the road. Private surveillance cameras were located and it was determined that they had captured the incident. Detectives were assigned the investigation. Upon viewing the video footage, Detectives observed the suspect yell, "We out here," rack the slide of a pistol, and fire several rounds into the air. The suspect is observed entering a vehicle and leaves the area. After obtaining the registration plate from the vehicle, it was determined that the owner, Jorge Rodriguez, has a valid CT Firearms Permit. Through his investigation, it was determined that Rodriguez was intoxicated on the night of the shots fired and had been involved in an argument with a female. Rodriguez was positively identified as the shooter. Detectives applied for an arrest warrant and it was granted. On October 11, 2018, Rodriguez turned himself into the Hartford Police Department voluntarily.

Charges: Reckless Endangerment, Carrying a Firearm Under the Influence, and Unlawful Discharge of a Firearm

Posted by KEVIN BROOKMAN at 1:52 PM No comments:

On 10/10/2018 at 1100 hours, detectives from the Fugitive Task Force were able to locate Daniel Smith who had an active Felony arrest warrant for an incident that occurred on 6/11/18 at ### Flatbush Ave., a private


residence. The victim was walking up to his front door when he was approached by a group of four males. The accused produced a black revolver and proceeded to strike the victim in the head repeatedly and took the victim’s wallet. Information was developed that MCD Detectives were able to secure an arrest warrant for Daniel Smith for the assault and robbery of the victim. The accused was debriefed by MCD Detectives, and remanded to Hartford Police Booking Division on a $275,000.00 Bond.

On May 17, 2018, patrol officers were dispatched to 726 Windsor Street in response to a ShotSpotter activation of nine gunshots. Upon arrival, officers located nine .40 caliber cartridge casings. There were no apparent witnesses, however the building was equipped with private surveillance cameras that could not be viewed on scene.


Detectives were assigned the investigation, secured a search warrant for the video equipment and were able to view the footage. The suspect is observed firing several rounds into the air at 726 Windsor Street, in the area where the cartridge casings were recovered. Further investigation determined the shooter to be Bernard Mickens.

Upon being granted an arrest warrant, members of VCU were able to ascertain Mickens' location and the vehicle he was traveling in. In conjunction with C4 analysts, Mickens' vehicle was located and a motor vehicle stop was conducted. Mickens was taken into custody without incident.
Bernard Mickens, 9/10/87, 401 Mary Shepard Place, Hartford, CT
Charges: Carrying a Pistol without a Permit, Reckless Endangerment 1st, and Unlawful Discharge of a Firearm

FROM HPD: IF YOU GET A STABBING PAIN AFTER SEX, CALL 911

On 10/9/18 at approximately 0206 hours, patrol units responded to 69 James Street on a report of a female who had been stabbed. The victim reported that the female suspect had stabbed her during a sexual encounter involving a male party inside the apartment. The victim was transported to Saint Francis Hospital for treatment for non-life threatening injuries to her right chest and her right thigh. The suspect was located on scene. MCD and CSD were notified. MCD responded to the scene. A follow up investigation will be completed.

YMCA DIRECTOR OF WELLNESS ARRESTED ON GUN CHARGES, BUT WHO PROTECTS THE CHILDREN?

On 10/5/18 at approximately 1629 hours, officers responded to the Golden Nozzle Car Wash, 140 Weston St., in regards to a threatening with a firearm complaint. When the officers arrived, they met with the victim.


The victim stated MCCAIN proceeded through the car wash and exited the lot where she captured photographs of MCCAIN'S vehicle and registration plate. After capturing these photographs, the victim phoned police.
Upon intake of the call, dispatchers alerted police of the incident and described MCCAIN'S vehicle and registration plate.
As the initial responding officers were interviewing the victim, officers observed MCCAIN operating his vehicle in the area of Zion St. and Wilson Street. Officers attempted to conduct an investigatory stop in the area Zion St. and Flatbush Avenue. MCCAIN stopped for the officers.
When MCCAIN observed the officers exit their vehicle, he fled south bound on Zion St. towards New Britain Avenue. Officers observed MCCAIN travel west bound on New Britain Ave. at a high rate of speed. MCCAIN collided with a motorist in the area of New Britain Ave. at Forster Street.
Officers placed MCCAIN into custody and located a semi-automatic pistol (later determined to be stolen). MCCAIN was transported to the hospital, debriefed by VCU Detectives and transported to the Hartford Police Booking Facility.
The victims of the collision were transported to the hospital for minor non-life threatening injuries sustained as a result of the collision.
CSD Detectives responded, processed the scene and collected the stolen semi-automatic pistol. C4 Analysts responded to the initial incident location and retrieved video.

site for  the Greate

According to the website for the Greater Hartford YMCA, McCain is listed as the Health and Wellness Director for the Y.

A further check into McCain's criminal background reveals a rather extensive criminal history that the Greater Hartford YMCA neglected and still put McCain in close proximity working with children. This information is all readily available to anyone with a computer and internet access.