I'LL SAY IT AGAIN, HARTFORD IS A POLITICAL MESS 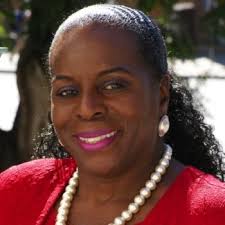 Here is the simple answer, I think most people, even casual observers, realize Hartford is a hot mess, devoid of any real leadership. This isn't a new phenomenon for Connecticut's Capitol City, but I think it is actually getting worse and it almost seems like the residents just don't care. Voter turnout is abysmal, voter involvement is even worse and there is virtually no accountability for the under life at City Hall.

Earlier this week I broke the story about Working Families Councilwoman Cynthia Jennings and her antics. Even though Jennings was elected as a Working Families Party member and gladly accepted the support and votes from Hartford residents willing to vote for her, under the cover of darkness she decided she would rather be a Democrat.

I'm not really sure what the difference is between a Democrat and a Working Families Party candidate, aside from the fact that they aren't Republicans. And under the State's minority representation laws, The WFP has a better chance of grabbing minority seats by not officially being "Democrats".

Now you would have thought that WFP Councilwoman Jennings would have pulled out her official "rule Book", also known as the Hartford Municipal Code and done a little research. It clearly states that Jennings actions were improper and would essentially result in her forced resignation from the Council

This is the specific wording from the Hartford Municipal Code:(c)


And as a lawyer, Jennings should be familiar with how to research Connecticut State Statutes, and she would have found that her antics were also illegal under Minority Representation Laws, 9-167a.And even worse is that Jennings withheld her actions from her fellow Council members, her Working Families colleagues and most importantly, from the voters of the City of Hartford, all while she continued to fraudulently collect her salary and benefits from the taxpayers.

If her actions were even close to being considered legitimate, why was there no public announcement or even a press release? Why did she continue to identify herself as a WFP member and sit with the other WFP members at Council meetings?

And an even bigger issue is being researched by staff in the City Clerks Office. How much of the Councils business since she jumped ship in January can possibly have been affected by her illegitimate presence on the Council? What about her actions moving items out of committee as a result  her motions or referrals forward or even seconding a motion.

Jennings irresponsible actions may have placed a half year of the Council's work in potential jeopardy.. Councilwoman Jennings needs to be held accountable for her unlawful actions as well as any costs involved and any payment or benefits provided to her since she jumped ship. These dollars need to be recovered for the taxpayers of Hartford, as well as to set an example that we place trust in our elected officials and we won't tolerate any abuse of that trust

In response to Cynthia Jennings’ stepping down from the Hartford City Council:


“ Cynthia Jennings earned the nomination of the Working Families Party and was elected by the voters of Hartford as a City Councilwoman. Given that the voters elected a WFP nominee, we plan to honor their votes by looking into our local membership to fill the vacancy. We hope for a process free of political vengeance and maneuvering.

"In her time on the Hartford City Council, Cynthia has earned a reputation as a champion of environmental justice. We have been proud to work with her, and we look forward to continuing to build a stronger, fairer Hartford with her WFP successor.”

HARTFORD IS A POLITICAL MESS

How can any candidate running for political office be proud of gaining an elected office with 464 votes out of a possible 7,000 plus eligible voters?

That hardly sounds like a "mandate" or a "landslide" victory.

When are the voters of Hartford going to wake up and realize nothing is going to change if they themselves don't change?

It is also a travesty that over $50,000 was most likely spent on administering a Special Election and resulted in such poor turnout.

I am not really sure why people accept this as normal. Are we that tone deaf to what is going on in our City? Or are we willing to allow people who know how to reserve a moving van to become eligible  to run for open seats  without really spending much time in the areas they want to represent?

Again, let me say, nothing is going to change until we change and take control of our City.
Posted by KEVIN BROOKMAN at 11:51 AM 9 comments:

The details are outlined below, but Hartford 's City Charter and Connecticut State Statutes seem pretty clear on this.

Bazzano has also notified Jennings that any vote she cast since her January switch will be invalidated and her compensation and benefits provided by the taxpayers of Hartford to her , will be "impacted.

Jennings Resignation by  on Scribd
Posted by KEVIN BROOKMAN at 11:38 AM 10 comments:

ONE TOO MANY DEMOCRATS AT HARTFORD CITY HALL

According to sources at Hartford City Hall, the rolls of the Hartford Democratic party have increased by at least one recently registered Democrat.

The only problem is that the newly registered Democrat is an elected City of Hartford official and now will run afoul of Connecticut's Minority party Representation Laws as well as the Hartford City Charter.

Councilwoman Cynthia Jennings has , according to sources at City Hall, has left the Working Families Party and now has registered as a Democrat.

Jennings jumping ship from the Working Families Party to the Democrats has now upset the required balance as outlined in Connecticut General Statutes, 9-167 as shown in the chart below/ The Hartford City Council consists of 9 members and it clearly states that no more than 6 can be Democrats, Jennings will make the Council majority 8 Democrats and a violation of State law.

Once source told me that they they Jennings switched parties to be able to collect petition signatures for Governor candidate Joe Ganim. Only registered Democrats can collect signatures for Mayor Ganim to qualify for the Democratic Primary..

Much more to come on this bizarre move by Jennings

From the Hartford Municipal Code, Jennings actions have essentially resulted in her resignation from the Council, below is the pertinent wording from the Municipal Code

Jennings actions as outlined have "altered the party composition of the Council" therefore according to the Code, she has resigned.


(a)(1) Except as provided in subdivision (2) of this subsection, the maximum number of members of any board, commission, legislative body, committee or similar body of the state or any political subdivision thereof, whether elective or appointive, who may be members of the same political party, shall be as specified in the following table:
Posted by KEVIN BROOKMAN at 5:25 PM 4 comments: