THE GOOD, THE BAD AND THE UGLY. SOME THOUGHTS ON THIS WEEK'S CRASH 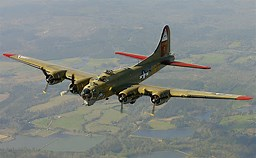 This weeks Vintage B-17 crash pointed out what we do right as a regional community, and also the negative sides also.

Within seconds after the crash, the Greater Hartford Regions Fire, Police and EMS services were being coordinated for a massive, hopefully life saving response. These events are rehearsed for and practiced  regularly, in the hopes that the real test will never happen.

Wednesday morning, a little after 10:00AM the tests became reality.

It all happened very quickly. I received a call from my friend Len Besthoff , the Investigative reporter for NBC Connecticut. He asked me if I was listening to my scanner because they were getting word of a plane crash at Bradley.  I told him I thought I had heard the Windsor Locks Dispatcher calling for aid from surrounding towns , both Fire trucks and Ambulances. I didn't really pay attention because it sounded like one of their regular drills of the region's "Red Plan". The red plan is the playbook for the emergency response to major disasters.

Since my mother lives very close to the Bradley, I called her and asked if she could see any smoke or heard anything that sounded like a plane crash. She sounded shaken on the phone and her response was "Oh my God, I hope it wasn't the plane that just flew over"

Apparently, her and my sister Sheryl were both in her front yard when a vintage bomber flew directly over my mothers house in what wasn't the normal flight path for aircraft landing at Bradley. They both paid attention because the engines were loud. My mother noticed the four propeller's and my sister said she wished she had her camera close by because the plane was beautifully restored and was flying so low it would have made for some great photos. They could clearly make out the glass bubbles for the nose gunner and belly gunner.

What drew their attention though was the "popping" sounds coming from the engine.

I called Len back and told him what5 Mom had just told me and he said they were just getting calls that a vintage military aircraft had crashed and they could see a plume of smoke on their Bradley camera..

By that point things were becoming very chaotic. Ironically, right before Len called, I was on the phone with retired HPD Deputy Chief Brian Foley, now working in the Commissioners Office at Public Safety,  he quickly  cut our call short telling me that Governor LaMont's Office was calling, word of the crash was spreading, quickly.

As the day progressed, I was proud to know so many of the professionals involved in unraveling the incident. Initially, The Connecticut State Police had control of the situation and Commissioner Rovella did a great job, as he usually does, putting a sense of order to what can be the chaos of a fast moving situation.  Rovella has always been striving for transparency, and between Rovella, Foley and the CSP command staff details were flowing quickly without the usual misinformation these tragedies tend to generate.

Rovella's demeanor and professionalism had to be reassuring to the families and anyone watching the live press conferences as well as instilling confidence that the investigation , at least on the States part, would be thorough and orderly.

Rovella alluded to the acts of heroism and the related stories that would be coming out. Those stories will only help to let people know there are still good people out there and we can count on our neighbors and each other when it really counts. Just the number of volunteer firefighters and EMS people that mobilized in minutes, many putting their own lives in danger or disrupting their work day to respond is gratifying....

And now to the ugly. While watching the live news conference and the first briefing I was extremely disappointed in someone that is supposed to be the elder "statesman" from Connecticut, Senator Richard Blumenthal. Governor Lamont was respectful and actually seemed very emotional during the briefing, his test  for his first major disaster as Governor. I Give Governor Lamont a grade of "A" or even "A plus".  Senior Senator Blumenthal gets an "F"

For some reason Blumenthal saw the need to even be in the room.  He nearly elbowed Airport Authority Executive Kevin Dillon away from the podium so he could get control of the microphone. It then became a chest thumping "guess how important I am " moment for Blumenthal he had to go on to tell that he had ordered the response from the NTSB and that he was so important and NTSB answered to him as a member of the Transportation Committee. He went on to say that he would be looking at Legislation to hold these  vintage aircrafts to legislative accountability and safety.

Senator Blumenthal, as soon as the first  part of the landing gear on the B-17 touched a lighting stanchion at Bradley, the NTSB protocol's already had staff grabbing their "go bags" and they were t destined for Bradley. Your call was unnecessary, other than to boost your political ego. People just died and were injured, the last thing those families need  was some politician trying to gain political points immediately after a tragedy.

Commissioner Rovella, Airport Authority Director Kevin Dillon and Governor Lamont's staff already had the situation well under control and your presence was more of a nuisance than anything reassuring.

Maybe your presence in Washington D.C. actually dealing with issues like health care and gun control would be more beneficial than running for the nearest Television camera to bolster your own self image.

Enough of that rant, Congratulations to every one that brought out what is good, actually great, about Connecticut Even though a tragedy occurred and lives were lost, you all made us proud of your efforts
Posted by KEVIN BROOKMAN at 6:11 PM 8 comments: 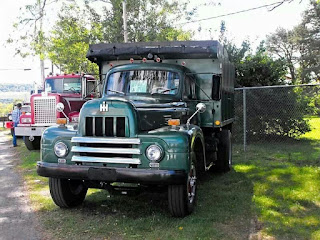 Forty years ago today I was right in the middle of a tornado. October 3, 1979 is a day myself, my late grandfather and many others will never forget.

After graduating High School in 1977 I had started a small landscaping business. My grandfather used to love tagging along with me, even if it was just riding in my dump truck. I had found an old 1950 International dump truck from a farmer in East Granby. It was a tank, air brakes, no power steering, a split rear axle and it would go though anything. I remember the day I went to DMV to get my class 2 license, the inspector had to go for a test drive  on the road. I remember when he got in the truck and started out, he remarked that if I could handle that truck, I had already passed my road test.

So back to the tornado. It was a rainy wet, humid day. Typical summer weather when you just new the afternoon would be filled with thunderstorms. There wasn't much landscaping to be done in that weather, the lawns were all too wet to mow. My grandfather and I gassed up the dump truck and headed to a sawmill in Granville , Mass to haul back some bark mulch from the mill. The rain was heavy on the way up and even worse on the return home. We had passed an area in East Granby where the rain was washing mud and dirt across Route 20 it was raining so hard. As we headed back into Windsor, we got onto Rainbow Road, just south of the Airport. I had grown up in that area and I was very familiar with the area. We were on Rainbow Road, right near what is now Browns Harvest Pumpkin Patch.

The rain was still heavy and the sky became a strange color, almost jade green. It was chaos around us with the strong wind and sudden green almost darkness, just then trees started snapping and electric poles began snapping off and laying across the road blocking our path, the power lines were popping and arcing all around us.

At the time, long before cell phones and text messaging, we had no idea.what was going on. The 1950 International Dump didn't have an AM radio in it. It was a work truck. The thought of a tornado hitting Windsor never even crossed my mind. Tornado's were things that happened out in the Midwest, not Connecticut.

I am glad we were in that tank of a truck, otherwise  who knows how we would have ended up. With all the debris around us, there was nowhere for us to go. We just had to sit there and try to figure out what had happened. Later that night, much later, utility workers and I think a couple of State DOT workers were coming up behind us clearing a path in the roadway.

We were eventually able to turn around and head back through East Granby to get home. The direction we were headed in , south on Poquonock Avenue in Windsor was the epicenter of what we learned from the Utility crews clearing our path was actually a tornado.  The road ahead of us was closed for some time afterward and there were concerns that there was structural damage to the Poquonock Bridge over the Farmington River.

There were other stories in that truck with Gramp, luckily he had a good strong heart with some of the near misses as he sat in the passenger seat, and that was before seat belts. I still miss you Gramp, but I will always remember the times we spent together
Posted by KEVIN BROOKMAN at 6:43 PM 5 comments:

Csp Bradley b17 Crash on Scribd
Posted by KEVIN BROOKMAN at 3:53 PM No comments: 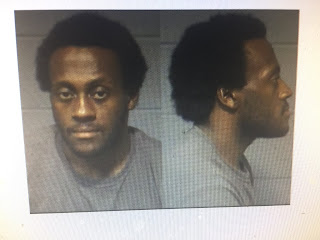 On Sunday September 29, 2019, at approximately 07:20 a.m., the Hartford Police Department was notified of an off-duty incident involving a Hartford Police Officer. The case was assigned to a supervisor of the Major Crimes Division, as well as members of the Internal Affairs Division. The investigation alleges that Hartford Officer Joven Gonzalez had assaulted a former domestic partner, as well as her acquaintance at a motel within the city in the early morning hours. The male victim sustained head lacerations as a result of being struck by a firearm and had sought medical attention prior to calling police. The female victim sustained minor injuries from being assaulted.

During the course of the investigation, probable cause was developed to arrest Joven Gonzalez. He is currently being held on a $150,000.00 bond, and is to be arraigned on Monday, September 30th.

Mr. Gonzalez has been subsequently suspended without pay and stripped of his police powers and badge of office. The Internal Affairs Division will be conducting a parallel investigation into the matter.

Instead Chief Thody opted to put him in Booking, with full Police powers and his department issued weapon, which he apparently used to assault the male and the pistol whipping may have fractured his victims skull from what sources are telling me. I wonder what the settlement will be for that one to be paid out by the City. Gonzalez still had full access to Police computers and police facilities.

You can't make this stuff up. What are we paying for here, not leadership at HPD, that's pretty clear. This should make resident's proud of our Mayor and the way he leads this City.

To read the incident reports about the first Bloomfield incident here
https://wethepeoplehartford.blogspot.com/2019/08/hell-hath-no-fury-like-female-juvenile.html