A JOB WELL DONE BY ALL

A very observant resident from the Southend made it a tough night for two Hartford criminals. The resident observed some activity that he thought was suspicious as he saw two men park a minivan  in the lot of 90 Brainard Road and then walk to the McDonald's Restaurant next door. A short time later he saw the two men run from the McDonald's, guns drawn and jump in the mini-van and take off. The resident called 911 on his cell phone with a description of the van and he followed the van as it got on I-91 North

A Sergeant from the Southeast Conditions Unit was able to observe the vehicle as it headed north on 91 and exited to 84 West, they followed the vehicle until it exited 84 at Sigourney Street. The not too bright robbers were unable to negotiate the "T" intersection at the bottom of the ramp and instead crashed into a concrete barrier, ending their night of crime.

The cash stolen , a facsimile firearm and a 9mm handgun were all recovered from the vehicle.Both robbers were apprehended.

It just shows how important observant residents are in reducing crime in our community
Posted by KEVIN BROOKMAN at 11:46 PM 1 comment:

Here is a story from the New YorkTimes archives, if you have the time, take a few minutes to read it,  just click here
Posted by KEVIN BROOKMAN at 9:57 PM 6 comments: 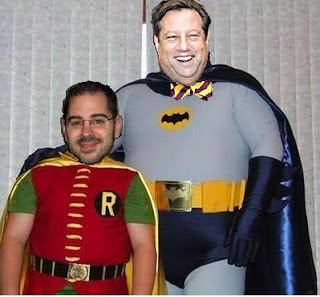 Hartford's Chief Operating Officer is out, He submitted his resignation today effective September 15, 2012.

On July 27, 2012 I had called for Panagore's removal in a posting stating "I can go on and on, but let me be the first to go on the record and say David Panagore needs to go and take his travelling circus show of incompetence with him."  . less than a month later, he resigns. Not bad. You can read that posting here

MAYOR SEGARRA ANNOUNCES DEPARTURE OF
CHIEF OPERATING OFFICER DAVID PANAGORE
Former City Manager and Corporation Counsel Saundra Kee Borges to Assume Position of Interim COO
--- MEDIA ADVISORY---
(August 20, 2012) Mayor Pedro E. Segarra today announced that he has received and accepted the resignation of David Panagore, Chief Operating Officer and former Director of Development Services for the City of Hartford since 2008. Panagore indicated that he is leaving in order to pursue other professional opportunities.
“David played an important role upon my taking office in 2010. The immediate successes we celebrated, the demolition of the H.B. Davis Building and Capital West, stabilizing the budget and increasing the Rainy Day fund, are just a few of the hallmarks he helped me move forward. He is creative and knowledgeable and I have no doubt that he will have great success no matter what he chooses to do next,” said Mayor Pedro E. Segarra
“I am truly grateful to have served Hartford and Mayor Segarra,” said David Panagore. “The opportunities that I have helped to restructure and professionalize the operations, and the projects I have been able to work on, like Capewell, Colt, iQuilt, and the One City, One Plan have moved the City forward and they were all professionally rewarding. I will miss the staff, the City of Hartford and the many friends that I have made over the last 5 years. I am looking forward to the next chapter in my life.”
Panagore’s last day will be September 14, 2012. Mayor Segarra also announced that Corporation Counsel Saundra Kee Borges will serve as Interim Chief Operating Officer while a national search is performed to identify a permanent replacement. She will remain as Corporation Council but will temporarily assign her day-to-day administrative duties to Deputy Corporation Counsel L. John Van Norden. Segarra also announced that his Chief of Staff, Jared Kupiec, and his Special Advisor and Director of the Department of Families, Children, Youth and Recreation, Dr. Jose Colon-Rivas, will remain as members of the Mayor’s Cabinet and may assume additional internal duties as assigned by the Mayor.
###
Posted by KEVIN BROOKMAN at 4:10 PM 33 comments: