Claims of discrimination by employees are apparently so bad that the Segarra Administration has been forced to hire an outside law firm to deal with them. Most of the claims posted below are self explanatory but paint a sad picture of leadership and management at City Hall.

The claims were difficult to obtain and the City of Hartford fought their release under an FOI request I submitted , claiming that their release would have a "chilling effect " on employees  filing such complaints. The effect might just be the opposite though as people read these complaints and realize the chilling effect that the actions of City officials may have on the budget  of the City of Hartford's taxpayers.

Settlements in discrimination cases sometimes come with hefty price tags if justified. The majority of the cases are coming out of the Department of Public Works and paint a real picture of dysfunction when it comes to employee relations. Others just appear to be adults acting like children and unable to get along.

Here is the City's original reply to my FOI request:


The City of Hartford has a statutory obligation to maintain an environment free from illegal discrimination, and to that end seeks to encourage, rather than deter, the filing of internal complaints by employees alleging discriminatory treatment, hostile work environment, and the like.  The City of Hartford will not, therefore, be releasing complaints of discrimination that are currently undergoing investigation so as to avoid any potential chilling effect that disclosure of this sensitive information may have on reporting and the ability of the City to meet its federally mandated duty to investigate and respond to claims of discrimination.  The state legislature has recognized the importance of keeping complaints of discrimination confidential, see Conn. Gen. Stat. § 46a-83 (h), and the public policy reasons underlying that law also apply to internal complaints filed within the City of Hartford.
Attorney's at FOI actually had a different opinion when I contacted them for advice. They cited the case of Rocque vs FOI which applied to the City's denial. When Corporation Counsel was contacted  and informed of this, they reconsidered and agreed to provide me with the complaints, with the complaining employees names redacted.
As you read the complaints, many of you will immediately realize the complaints and probably figure out the complainants yourself.
For what we pay for salaries, shouldn't our managers be able to understand and avoid any potential discrimination claims. The first one is a former employee of Mayor Segarra's office who was suddenly transferred to DPW and almost immediately encountered problems right away, including the discovery of pornography  on her City computer

There are many more, but this should get you started , the first one is very detailed and will most likely be a problem for the City to defend
Redactetd+(DPW)+EEO+Complaint+7+3+13 (1)

WHERE ARE THE CRIMINAL CHARGES? ATTORNEY GENERAL FILES CIVIL SUIT AGAINST NON-PROFIT DIRECTOR

FROM THE OFFICE OF ATTORNEY GENERAL GEORGE JEPSEN


Karen Lewis served as executive director of SAND from at least January 1, 2000, to December 31, 2009. The state alleges that, beginning in November 2006, Lewis used SAND’s ATM/debit card to withdraw charitable funds and to make purchases at the state’s two casinos, at retail stores for personal items and for payment of a personal credit card. The state believes Lewis misappropriated more than $200,000 in charitable funds.

“The behavior we allege in this complaint represents a breach of fiduciary duty on the part of an individual who had a responsibility to protect charitable funds,” said Attorney General Jepsen. “These funds were intended to support the Arsenal Neighborhood, but were instead used by Ms. Lewis for her personal gain. This conduct simply will not be tolerated.”

“Charitable donations are expected to be utilized for good works, and the sad fact of the matter in this case is that the good works and programs of SAND, which helped so many, appear to have been diminished by the very person responsible for ensuring that those programs happened,” Commissioner William M. Rubenstein said. “Whenever such funds are diverted from their intended charitable purpose, we will act to hold accountable those responsible for managing the funds.”

The state’s suit seeks a permanent injunction against Lewis holding any office, directorship or position of employment or any other association with a charitable organization in Connecticut where she will have control of the funds of the organization or authorization over the disbursement of funds. Additionally, the suit seeks forfeiture of all ill-gotten gains and civil penalties.

Connecticut law requires that any asset intended for public or charitable use or any bequests held as a charitable trust shall forever remain to the uses and purposes to which such asset was granted according to the true intent and meaning of the grantor and to no other use. The Attorney General is required by state law to “represent the public interest in the protection of any gifts, legacies or devises intended for public or charitable purposes.”

SAND was a §501(c)(3) organization based in Hartford that was created to support social and economic improvements in the South Arsenal neighborhood. SAND received charitable gifts and grants to use exclusively for its charitable purposes. The organization dissolved in 2010.

The Hartford City Council has called a special meeting for Monday at 5:30PM .. According to the meeting notice below, the intent of the meeting is to discuss the City violence with the Hartford Police Department . Please show up and voice your concerns on the increase in crime and gun violence, approximately a 10% increase over this time last year.

State representative Angel Arce, from Hartford's 4th District has asked me to help get the word out on this important meeting.

The Council has begun a disturbing trend of submitting and acting on resolutions that only attempt to micromanage the operations of the Police Department from the size of engines ordered in new cars to who can use the Police Department gym. The focus should be on making sure the police department is properly funded and staffed and our neighborhoods are safe

Despite the Councils announcement to the complaining public at Monday nights meeting, Councilman Cruz announced that a "Police Academy Class " was graduating today to address the issue of attrition. The real truth is that there was no "class". One, yes one, officer graduated today from the Meriden Police Academy. That hardly is a net increase over the eight officers that have announced their departure in the last week and many more are expected to depart in the near future as they qualify for their pensions after 20 years.

It is important that we let the Council know that we support Chief Rovella and his efforts and we expect that HPD be properly funded to do the job that we know, and he has shown, that he can do when given the proper resources.

Please show up and make your voices heard.

Just your attendance in support of a properly funded Police Department will make a difference
Posted by KEVIN BROOKMAN at 11:21 AM 9 comments:

MORE GUNS OFF THE STREETS

FROM HPD:
On 9/14/13  9:42pm, members of the Shooting Task Force were conducting heightened patrols in"hot spot" areas city wide. In the driveway of a multi-unit residential apartment building located at 316 Sargeant Street, officers noticed numerous individuals loitering and blocking traffic. As officers stopped to address the individuals activity, numerous subjects fled on foot. One of the subjects threw a metal object to the ground as he ran, which was found to be a firearm. Three suspects were apprehended, including the suspect that threw the firearm. The firearm seized was a Bryco Arms Jennings J22, .22 caliber handgun with magazine containing (5) live .22 caliber rounds, s/n 151380. 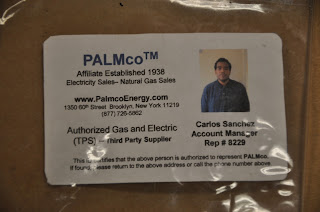 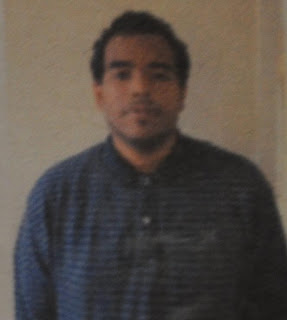 HPD Detectives are looking for your assistance in a burglary that occurred on 09/03/13.  Attached is a photo of a fraudulent ID card that was dropped by the suspect during the commission of a burglary at 51 Westland Street in Hartford.  The photo ID card is not legitimate but it is believed that the photo is of the actual person who committed the crime. Two flat panel televisions were stolen during the burglary. A neighbor of the victim has reported that two males had come to her door prior to this burglary, trying to sell her gas and electric for less.  The neighbor stated that one of the males had the photo ID card on him. Anyone with information or who may know the person pictured, is asked to call Lt. Brain Foley at (860) 757-4463, or tips can be reported anonymously to (860) 722-TIPS.
Posted by KEVIN BROOKMAN at 9:51 AM 1 comment: