Hartford's Mayor Pedro  Segarra today did something he should have been doing months ago, he terminated an incompetent Department head. After a couple days of planning, the head of Hartford's Department of Emergency Telecommunications  Andrew Jaffee was shown the door this morning and walked out of 253 High Street..

It was a long time coming, but for whatever reason, Segarra sent someone packing who had been living off the taxpayers of Hartford for far too long. Jaffee's failures are well documented, just enter his name in the search bar above to read more  about probably one of the most ineffective Department heads in Hartford's recent history.

Unfortunately , unlike an incompetent Finance Director or stumbling COO, Jaffee's incompetence could actually cost Hartford residents their lives.  Recent examples of mishandled calls have been well documented, at least one resident who was eventually found in her home rotting and decomposing after a botched medical call was the first. The Linnmore street homicide was the latest.

We will never know if a proper response would have made a difference, but when Hartford residents dial 911, they should be confident in knowing that they are getting a professional timely response from one of Hartford's most important Departments. Whether a medical, police of fire call  the 911 Center is the lifeline to all residents able to dial a phone.

Surprisingly, from a media standpoint the termination was also handled properly. Segarra has been criticized for isolating himself from any negative scrutiny or answering the tough questions. His media spokesperson is trying her hardest to manage the 'Segarra Message" but is failing miserably. Television reporters have now resorted to basically "ambushing " the Mayor when he heads to his car to get their questions answered.

I am not sure who orchestrated  today's response, but it was textbook. A "media Availability" with the Mayor was called and Segarra stepped up to the microphone  and laid out his explanation. He needed to restore confidence in the system and Hartford's residents deserved better. Done, no spin, move on.

I am not convinced that we are moving in the right direction yet, but it is a good start by Segarra. Lets see what happens with our COO and Finance Director, that will tell much more of the story. Is Jaffee  the start of the remaking of the Segarra Administration or is it just an anomaly?

It is up to you Mayor to convince us.
Posted by KEVIN BROOKMAN at 8:28 PM 22 comments:

MAXIMO RODRIGUEZ
VICTOR  ESTRELLA
WILLY BATISTA
FROM HPD:
On 8/22/13, The Hartford Police Department (North District CSOs, along with V&N Detectives) and representatives from L&I, the Health Department, CT DEEP and the CT Tax Enforcement Division, conducted an inspection of Willy's Deli (553 Albany Avenue) to ensure compliance with the City municipal codes and State statutes. The inspection was planned in response to HPD proactive enforcement action earlier in the week of a store employee illegally selling liquor without a permit. Located inside Willy's Deli store were numerous liquor bottles, beer bottles and loose cigarettes. Also located inside the store was an ATM machine containing prescription pills, syringes, and narcotics. The store was found to have numerous permit violations and was shut down until further notice. Seized from the store was 206 liquor bottles, 410 cans/bottles of beer, 20 Oxycontin pills in a non-prescription pill bottle, 66 Feltrex Ampitrex pills, 43 Cialis pills, 6 Viagra pills, 3 unknown purple pills, and $10,317.00 in US Currency.

The following parties were charged as follows:

Speecifics as to any replacements or interim Director are not available yet.

More on this later today.
Posted by KEVIN BROOKMAN at 12:32 PM 41 comments: 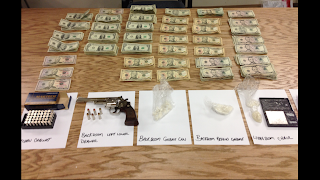 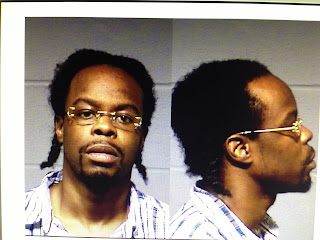 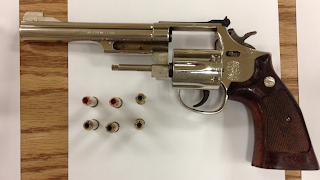 I am not sure if I should be commending the Hartford Shooting Task Force and HPD for a job well done, or be more terrified of what is coming off our streets on a daily basis. For the last several days, after last weeks run of shootings and violence, it seems that the full court press has been put on to reduce violence in Hartford.

Although the STF has been out in the community, it seems like everyday now they are making some major hits in seizing guns, drugs and even large amounts of cash. For anyone that thinks that cutting police hours on the streets is a good idea  , take a look at the firearms being taken out of our neighborhoods, and reconsider that...please.

After last weeks homicide on Evergreen Avenue, Hartford's STF produced the results of an ongoing investigation into firearms in the area. A search warrant was prepared for 33 Gray Street as a result of the investigation. Today the Hartford Police Emergency Response Team (ERT)and members of the STF entered the building to serve the warrant.

Upon entering the apartment ERT located wanted felon Warren Simpson was located in the apartment. Simpson was wanted in connection with a shooting  that occurred on December 3, 2012 on Ashley Street in Hartford. The victim of the shooting was struck at least three times in the upper thighs Simpson has been eluding capture capture since the warrant was issued in March 2013.

The search of Simpson's apartment uncovered : one Smith and Wesson 357 Magnum loaded with 6 .357 Magnum hollow point bullets,40 .357 caliber rounds, $5785.00 dollars in cash,
120.4 grams of crack cocaine, scales and other equipment  indicative of a drug factory were also found.

Simpson is a convicted felon with an extensive criminal history

ANOTHER INVESTIGATION , HOPEFULLY SOME ACTION ALSO

Mayor Segarra has apparently told Channel 3 and Channel  30 that he is conducting an investigation into the operations of the Hartford 911 Dispatch Center.

Most of the complaints and issues coming to the surface lately involve the lack of respect and professionalism of the Department. As in any organization , that tone is set by the person at the top of the Organization. In this case Mayor Segarra, the buck needs to stop at your office.

Andrew Jaffee, the retired HPD Sergeant who is also the Dispatch Center Director is not one who has led by example. Since his appointment , he has not set a good example of professionalism, first and foremost by continually lying to the mayor as well as the people of Hartford. Jaffee is supposed to be a Hartford resident , as required by the City of Hartford Charter.

Jaffee still commutes to Hartford on a daily basis from his home in Suffield. He does maintain a phony residence at 30 Woodland Street, but I have yet to find his City of Hartford issued SUV parked there once yet at night.

In a Department that should have the highest level of integrity, shouldn't Mayor Segarra require  that his Department head at least be able to tell the truth.

Everything else that is going wrong in that dispatch Center can quickly be fixed with proper leadership at the top  and setting a strong tone of professionalism and integrity. That tone is not being set by Mr. Jaffee
Posted by KEVIN BROOKMAN at 9:36 PM 5 comments:

Based on a continuing investigation regarding the illegal activities at the Los Cubanitos Market (206 Park St.) Henry Depena was arrested again today after an arrest warrant was obtained by the HPD Major Crimes Division. Investigators found significant evidence that Depena was operating as a second hand dealer outside the scope of Connecticut Pawn Shop laws. As a result, Depena was arrested and charged with Operating as a Second hand Dealer without a License, sec. 21-47 (Class D Felony). Depena was taken into custody by patrol without incident. He is being held on a $25,000 bond.
What does it take to get a location like this shut down? This operation is negatively impacting the Quality of life in this neighborhood, attracting crime and drugs to the area 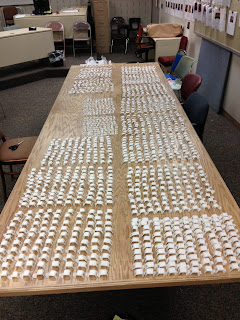 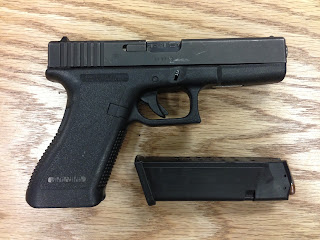 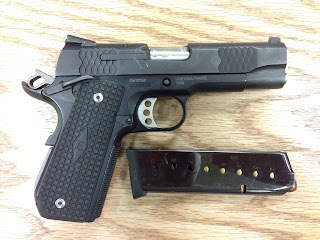 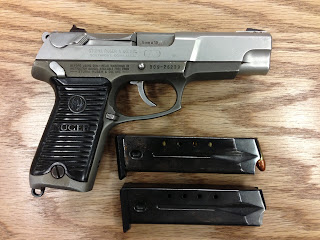 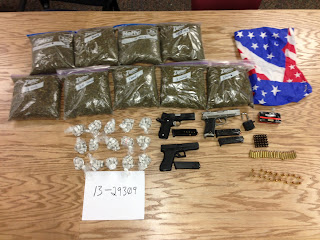 9 pounds of marijuana, 1,508 heroin packets, 3 handguns Seized by Hartford's Shooting task Force
Members of Hartford's Shooting Task Force have been conducting an investigation into firearm activity in the Parkville neighborhood. In response to that investigation, a "stash" location of firearms was identified as being stored in a local storage facility. A search warrant was obtained for the storage locker.

On Monday, August 19, 2013, the storage unit was searched. In the unit police found 2 ,9mm handguns and loaded clips, a 45mm Smith and Wesson and a loaded clip. 1,508 heroin packets marked "fear none" and 9 pounds of marijuana.

Imagine if the Task Force was fully funded like it was at this time last year what they would be finding. It seems like an effort well worth it with the dent it is putting in Hartford's illegal gun and drug operations
Posted by KEVIN BROOKMAN at 1:43 PM 8 comments: 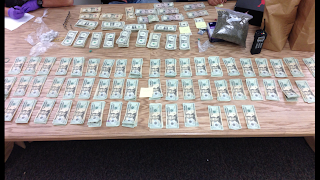 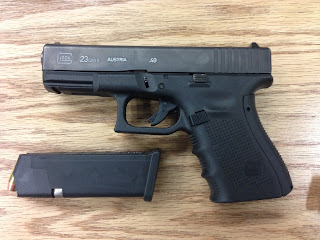 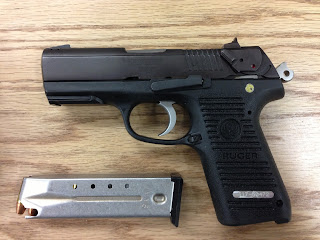 One of the most positive initiatives that has been implemented against violent crime in Hartford  has been the Shooting Task Force. When they were at full strength last year, gun seizures and press releases regarding the STF seemed like an almost daily occurrence.

Due to various budget cuts the Task Force has been reduced from its original strength and several of the State level partners( Connecticut State Police and Chief States Attorney's Office) in the initiative have been cut back due to budget constraints and surrounding municipalities have also curtailed their efforts. Manchester Police, the CT Department of Corrections and Probation and Parole still maintain their commitment.

A major seizure by members of the Shooting Task Force and HPD's Traffic Division Sunday night is proof positive  that the Task Force needs to be rebuilt to its strength level from last year.

All of the items pictured above were seized from a car on Hartford's streets. Last weeks violence is probably a good indicator that guns and drugs are moving pretty freely around Hartford. If our Governor and our Mayor are serious about reducing gun violence in Hartford, they need to make a serious commitment to programs such as the Shooting Task Force.

On Sunday night at about 7:41 PM members of the Shooting Task Force in cooperation with HPD's Traffic Division were conducting patrols in the Parkville area due to recent spikes in firearm violence and shots fired calls. Near 82 Chadwick Avenue  a male suspect ran from a vehicle after he noticed Police Officers in the area. After a short foot chase, the suspect was apprehended  on the 3rd floor rear porch at 82 Chadwick

Juan Maldonado, a convicted felon, was arrested and charged with various charges including carrying a pistol without a permit Criminal possession of a firearm, Theft of a firearm as well as numerous drug charges. He was held on a $750,000.00 bond
Posted by KEVIN BROOKMAN at 12:14 PM 12 comments: