During the month of October 2018, Detectives from Vice & Narcotics received confidential and reliable information that large amounts of Narcotics were being sold by Angel Luna. A narcotics operation confirmed the information, where Luna was arrested on October 04, 2018 in possession of a large sum or narcotics and US Currency.

On November 01, 2018, V&N again received information that Luna was selling narcotics. A narcotics operation was conducted and Luna was again arrested in possession of Fentanyl. Information led detectives to 272 Jefferson Street, where additional narcotics and US currency was seized.

In total, approximately 700 bags of Fentanyl, 30 grams Cocaine, 36.5 grams Crack Cocaine, and $10,000.00 in US currency was seized during the operation. Luna and a second suspect, Maisonet, were arrested on Narcotics possession and sales related charges. 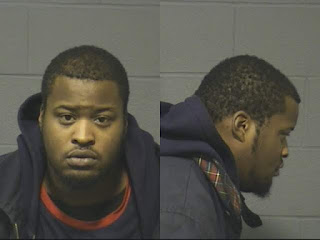 On May 23, 2018 members of the Hartford Police Patrol Division were dispatched to the area of 101-103 Enfield Street for a report of shots fired and a person down in the street. Upon patrol officer's arrival, a single female victim was found lying in the middle of the street suffering from several gunshot wounds. Officers initiated life saving measures along with members of  American Medical Response, and the Hartford Fire Department. The victim was transported to Saint Francis Hospital where she ultimately succumbed to her injuries.  The victim was identified as forty-four (44) year old Hartford resident, Lydia Tirillo.  Hartford Police Major Crimes Division led the investigation with assistance of the Crime Scene Division. During the course of the investigation, detectives ultimately identified a lone suspect. Probable cause was developed, and a warrant was submitted to a judge of the superior court. The warrant was granted on 10/31/18, and the accused was arrested on 11/01/18, by members of the HPD Violent Crime Unit and Fugitive Task Force.  During the arrest, the accused was found to be in possession of narcotics, and actively resisted arrest. The suspect, identified as twenty-six (26) year old Byron Perry of Hartford, is currently in custody and being held on a $1,000,000.00 dollar bond for the charges of Murder, and Carrying a Pistol without a Permit, as well as an additional $25,000.00 bond for the charges of Possession of Narcotics and Interfering with Police.


The victim and suspect were known to each other, and the incident is believed to have


Perry is to be arraigned today (Friday) at GA14, 101 Lafayette Street.


Attached is his booking photograph.

On 10/31/2018, Officers from the Street Crimes Unit responded to the area of 56 Bond Street on a dispatched report of people shooting paint ball guns at kids in the neighborhood. Additionally, the Officers received information from an anonymous citizen that a "shooter" was in the rear of 53 Bond St.


During the course of their canvass, they observed a male party, who appeared unconscious in a vehicle, parked in the driveway of 53 Bond Street. Upon their approach they observed narcotics in plain view. Further investigation revealed the trespassing suspect was in possession of a loaded Colt .223 assault rifle, Glock 9mm pistol and numerous rounds of ammunition inside of the vehicle. He was placed under arrest, charged accordingly and transported to the Major Crimes Division for debrief.

A GREAT NIGHT FOR THE KIDS 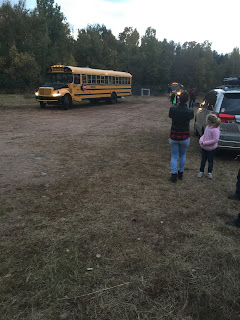 The Buses arrive at Cavanna Farms 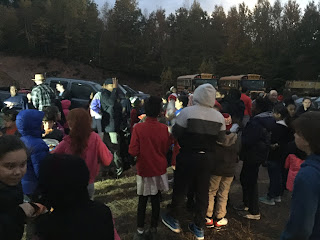 Pal kids ready to go for the hayride

Good things are going on between the Hartford Police Department and mentoring programs for Hartford Youth.

One of those programs is the Hartford PAL program. PAL, or Police Activities League. The PAL program was rejuvenated under former Police Chief James Rovella and now delivers results daily for Hartford's kids. The program is run out of a former school on Edwards Street and accommodates dozens of Hartford children on a daily basis.

Through the cooperation of various organizations including Aetna and the Charter Oak Cultural Center after school program are run from sports to music programs for the kids. Retired HPD Detective and current Aetna executive Peter Getz also plays a large role in the success of the program.

Monday night , Cavanna Farm in South Glastonbury , Sergeant John Cavanna of HPD and the Cavanna family hosted a "Haunted Hayride" for the PAL kids. About 120 Hartford kids enjoyed a night in the country. Two buses loaded with kids arrived and the kids were given a Pizza Party, and Halloween treats before taking turns loading onto the haywagon and going for a ride through the "haunted woods" of South Glastonbury. Even recruits form the current HPD class got into the event, staging Halloween fright along the ride. 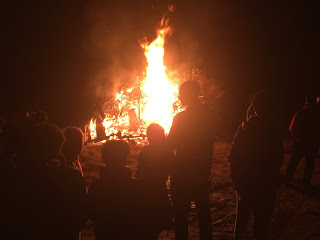 The Cavanna's also host a winter hayride for the PAL kids at Christmas time with a hayride throughout the down town area and business donations provide gifts for the children and a buffet meal for everyone attending.

Upon returning to the beginning of the ride, the children enjoyed a huge bonfire attended to by the Glastonbury Fire Department and warming the chilly night. It was a great night and it was obvious that PAL is going in the right direction. I was very pleased to see the social skills of the kids , and it was nice to hear them addressing the adults with "sir or maam" anytime they asked a question.

The positive impact of positive role models, Maybe it is time to expand  the program.

You can check out the PAL website here https://www.hartfordpal.org/
Posted by KEVIN BROOKMAN at 2:01 PM No comments:

Posted by KEVIN BROOKMAN at 12:32 PM No comments: 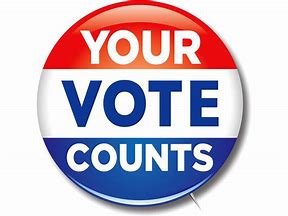 As the polls continue to tighten, what was supposed to be a slam dunk for Ned Lamont's open checkbook may be a little less certain.

It was good to see an appearance by Joe Biden stumping for Lamont, even if it was only to see someone with a personality and some charisma on the campaign stage. But was it too little too late? Can a visit from Barack Obama be far behind for a last ditch effort, and where is Hillary?

Biden's appearance also made me wonder about the "what if?" factor. What if the DNC and the Democrats actually had run a real competition for the Presidential nomination instead of shoving the Coronation of Hilary Clinton down our throats and pushing Biden out of the way in 2015. I wonder what the outcome would have been with a much lees flawed candidate running , Biden vs Trump, would it have made a difference?

But then again, what would Democrats run on if they couldn't tie everything back to President Trump in one way or another, as their television ads clearly show

This campaign goes more into the gutter everyday as the race tightens, but somethings should be off limits. Invoking the Newtown tragedy to try to get votes is despicable, as Lamont did this past weekend.

Going back to Hillary, will the Democrat's ever admit that running two flawed candidates against each other put Donald Trump into office?

It is kind of sad that in our nation, many voters go to the polls on election day holding their noses and voting for the candidate that "stinks" the least. We did it in 2016 and we will do it again next week and then suffer the consequences for the next four years. Especially as long as we allow candidates with deep pockets to buy their offices and force out the decent candidates who are pushed to the side because they won't play the money game or are unwilling to sell their souls for the next rung on their personal political ladders

Our system is broke, and until we step up and fix it, this is what we get
Posted by KEVIN BROOKMAN at 12:07 PM No comments:

Officers were dispatched to the Ancient Burial Ground Cemetery, 60 Gold Street, for an Indecent Exposure complaint. The complainant advised that he witnessed a male subject with his pants down sexually pleasuring himself in full public view inside of the cemetery. Officers located the accused still inside of the cemetery and detained him. Officers spoke with the complainant who showed them a video of the lewd activities of the suspect. His activities were in full view of the busy streets in the area. The accused, who is also a registered sex offender, had no explanation for his activities. SID Detective Small was notified of the incident. The accused was placed under arrest and transported to the Hartford Police Detention Facility for processing.

On 10/29/18 at approximately 1129 hours, Officers were dispatched to 490 Wethersfield Avenue to assist the Hartford Fire Department with a report of smoke coming out of an unoccupied commercial building. Upon arrival officers detained three individuals who were witnessed leaving the building. Hartford Fire Department extinguished a small pile of papers and miscellaneous materials that had caught fire. Hartford Fire Marshal Lt. Salvador responded to the scene. MCD Arson Detective B. Nelson also responded. At this time the exact cause of the fire hasn't been determined. Two of the three individuals detained were issued a Summons for Criminal Trespass in the 3rd Degree. The third individual was also charged with Criminal Trespass in the 3rd Degree, but also had four out of town PRAWN warrants for various charges. He was transported to the Hartford Police Detention facility for processing.

During the month of October 2018, Detectives from Vice & Narcotics received confidential and reliable information that large amounts of Marijuana were being sold from the area of 160 New Britain Ave. A controlled buy operation was initiated with UC Officers, which led detectives to 160 New Britain Avenue, Apt-309. On October 29, 2018, Hartford Vice & Narcotics Detectives, along with members from East Hartford and Hartford Patrol Officers, conducted a controlled purchase and arrest operation. Because of the operation, approximately (1) pound of packaged Marijuana, Liquid Cannabis (THC) Syringes, scales, drug packaging and $43,000.00 in US currency was seized. The suspect of the investigation was arrested on Marijuana related possession and sales charges.

On 10/29/18 at approximately 1848 hours, Officers were dispatched to 98 Weston Street, McDonald's restaurant, for an attempted robbery complaint. The victim stated she was working the drive-through window of the restaurant and observed the suspect park his vehicle. The suspect approached the window on foot and displayed a small pocket knife and stated, "Give me some change." The suspect then climbed partially into the window and attempted to take the cash register. The suspect was scared away by the other employees and fled in his vehicle. MCD and CSD were notified. Shortly after, Homewood Suites Hotel on 338 Asylum Street was robbed and the suspect was captured. It was determined the suspect committed robberies at both locations, see related case # 18-32849.

On 10/29/18 at approximately 1855 hours, Patrol responded to 338 Asylum Street on a robbery. Dispatch reported that the suspect was being pursued by a security guard and currently in the rear of 25 Albany Avenue. Patrol officers quickly responded and detained the suspect without incident. The complainant reported she was working the register when the suspect approached the counter, retrieved a knife from his pocket and lunged over the counter. He then grabbed the cash out of the register and fled. The security guard was summoned by the complainant and he pursued the suspect until police could arrive. The suspect was found to be in possession of the knife, stolen currency and charged accordingly. No injuries were reported. MCD and CSD responded. During the investigation it was revealed that the suspect had just committed another robbery at the McDonald's on Weston St. (See UOR done under case number,18-32848)