SO WHAT IS PLAN B? 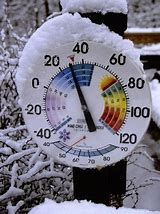 A severe cold snap is upon us and there will most likely be more this winter. Last week the Office of Mayor Bronin announced the opening of a new/consolidated warming shelter at the former Milner School.

It seemed hopeful that at least Hartford's homeless would have a place to go other than under bridges and overpasses.

It was very disappointing last night to hear Hartford's Police dispatchers telling Patrol Officers over the HPD radio that as early as 10:30PM last night , the warming shelter was full and not accepting any new arrivals.

Is this the best Mayor Bronin and the City can do? I thought that school was a little bit bigger than that or is it that our homeless problem is bigger than that?
Posted by KEVIN BROOKMAN at 10:27 AM 14 comments:

CITY OF HARTFORD ORDERED TO PAY UP FOR POLICE CONTRACT VIOLATIONS

The City of Hartford has been ordered to pay 5 Police Captains an estimated $100,000 dollars in back pay.

The award resulted in the City's loss due to a grievance filed in October of 2018 by Hartford Police Union President John Szewczyk, Jr. on behalf of his membership, specifically the 5 recently promoted Captains.

According to the union contract, Szewczyk claimed, that wording required the City to promote the five Captains at the time the vacancies actually became available due to retirements that started to occur almost as far back as March of 2017. The City failed to fill the positions, an apparent violation of the Collective Bargaining Agreement, for over a year. The positions were actually filled on September 23, 2018 , when five Lieutenants were promoted to the rank of Captain.

The actual Arbitration Award decision is below.