Word out of Chief  Carlos Huerta's  office is that he has removed one of his most recent appointments. Hartford Fire Lt Raul Ortiz who was the Departments Public Information Officer until this afternoon has been reassigned back to the Fire line. No reason was given for the transfer, but it shouldn't be too difficult to figure out. In a department plagued with screw -ups and media disasters like HFD has been recently, being honest and truthful equates to a suicide mission. It is especially bad when the Chief of the Department has created many of the problems through his own actions and isn't happy when people put out the truth instead of covering for him.

The embarrassing situations that Huertas has immersed himself and his department in would be challenging for most seasoned PIO's, never mind someone relatively new to the position and unfamiliar with Media contacts.  Ortiz was making steady progress though and in hi short time was gaining the respect of the media, He came across as honest and trustworthy and not as a propaganda master. This is not easy when you have the severity of the situations facing any PIO for the Hartford Fire Department. A line of duty death of a firefighter under questionable  circumstances to begin with. For whatever reasons, the way the investigation has been handled has many questioning whether the facts will come out or is a cover up underway?

As PIO , Ortiz was able to diffuse much of the rumor mill, but I can almost guarantee that the questions will start rising again. What role did Chief Huertas play in the potential cover up? Why almost months later has no cause of death been determined, not even toxicology results that at the time we were told would be ready in 5 to 6 weeks. A trusted PIO could diffuse suspicion.  I think Chief Huertas will learn that quickly, and most likely the hard way.

With all the DUI and drug abuse issues  facing HFD, who in their right mind would send out an e-mail  warning all of your department how and where to avoid a DUI checkpoint, Wouldn't a leader do something a little more responsible. Maybe something like stay safe this weekend with your family if you should drink, please be responsible, don't drink and drive. Not send out an e-mail where to avoid the cops if you are drunk.

I have no doubt Lt. Ortiz will be an asset to the Hartford Fire Department wherever he is assigned and will make the people of Hartford proud. Chief Huertas could take a lesson as to what pride and integrity is all about.

It is ironic that Ortiz was just returning from Georgia after a weeks  worth of PIO training when he got the call that he was no longer assigned to the Chief's Office. It s an important lesson to remember, "What goes around, comes around"
Posted by KEVIN BROOKMAN at 8:06 PM 7 comments:

That appears to be the message from Hartford's Fire Chief Carlos Huertas. Huertas today sent an e-mail to all HFD personnel warning them of a DUI Checkpoint to be conducted by HPD. No mention of avoiding drinking and driving, just beware of the Hartford Cops. That must be his version of accountability for the actions of his members. It apparently is not illegal if you don't get caught

WHERE ARE THEY NOW? 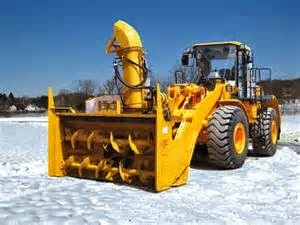 After the heavy  snows of 2013, the Segarra Administration, with much fanfare announced they had purchased a couple of the industrial type snowblowers pictured above.  Where are the now? I have not seen any of them clearing Hartford's streets. Downtown and most major streets in Hartford are still a mess, narrowed to almost impassable widths. These snowthrowers should have been put into service immediately widening streets.

Have the snowthrowers disappeared?  Have they been sold  off like parking garages to pay the caviar bill for the Mayors Office?Or did we not maintain them and allow them to  rust into the scrap heap? Can someone from DPW explain where they are or at least when they are being used so I can get a picture.

And what is the deal with the contractors hired by DPW using the CAT loaders with new York plates on Franklin Avenue when we aren't even using our own equipment.

YOUR QUESTIONS WILL BE ANSWERED SOON

Many people have contacted me asking what the references are in the comments here to "A Touch of Class Escort Service".  Well, your questions are about to be answered  As well as the documents to explain it.  You will be able to read about the Prosecutor who was entrusted to enforce Connecticut's prostitution laws by day, and was then out at night breaking those very same laws himself.


Also find out how City Hall has inspired the latest piece of fashion apparel making the rounds with Hartford residents.


You won't want to miss this one.
Posted by KEVIN BROOKMAN at 3:12 PM 2 comments:

Well it looks like the Elm city will becoming a regular visitor to the FOI Offices in Hartford. Word is that the City of New  Haven has hired Hartford's former  Corporation John Rose as their acting Corporation Counsel. I hope for New Haven's sake  the acting means as part of a theater group at Yale because in real life the performance isn't too spectacular.


John Rose is fun though , I miss the days of putting him through his paces  and watching him lose his cool. I still can picture the day he lost it with Len Besthoff, all the while a TV camera was capturing every word.   Ahh, the good old days.


Maybe I need to start covering New Haven  occasionally. But then again, maybe not, there is more than enough to focus on here.
Posted by KEVIN BROOKMAN at 3:02 PM 3 comments:

THE STARS MUST BE COMING INTO ALIGNMENT 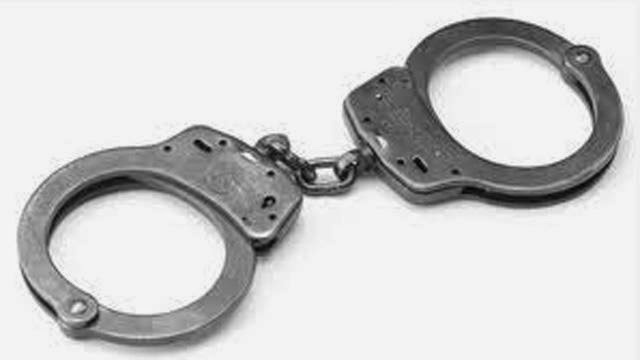 There is no other explanation. Saundra Kee-Borges is gone from City Hall, the Patriot's won the Super Bowl, and now today the US Attorney for Connecticut, Dierdre Daly has announced the formation of an anti-corruption unit, a new public corruption task force to investigate corrupt public officials, the misuse of public funds and related criminal activity.

This should be relatively easy, set your GPS for 550 Main Street, Hartford City Hall. You might have to make a home visit for SKB since she is gone from City Hall, but  I bet it will be well worth the trip.

For more on the Federal Task Force read about it on the NBC Connecticut website at http://www.nbcconnecticut.com/news/local/Feds-Announce-Connecticut-Public-Corruption-Task-Force-290806421.html

Sorry Pedro, it was fun while it lasted but all good things must come to an end
Posted by KEVIN BROOKMAN at 4:33 PM 26 comments:

NO EXCUSE, MOVE THOSE CARS 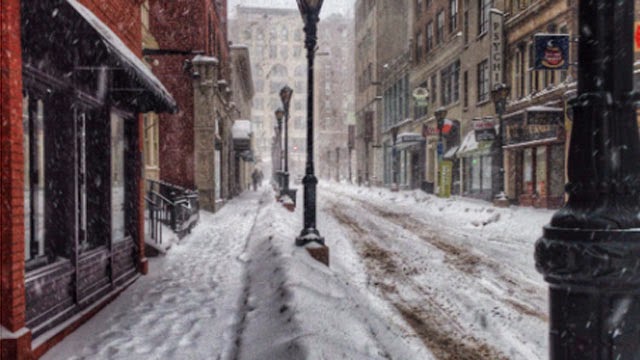 At this point, no one can say thy didn't know Hartford was serious about enforcing their Winter parking bans. A parking ban has been issued for all Hartford public streets in anticipation of tonight's predicted snow storm. The parking bans are necessary to clear Hartford's streets for snow plowing operations.

A Citywide parking ban will be in effect from 11:00PM tonight, (Sunday) until 11:00PM tomorrow (Monday)

Residents should remove their vehicles from the lots promptly following the end of the parking ban. Residents whose vehicles are towed during the parking ban should contact the Hartford Police Department at (860) 757-4000. The cost for retrieving a towed vehicle is $93.59. An additional $99.00 ticket will be issued which owners are responsible for paying before the answer date. Please visit http://www.hartford.gov/snow-parking for a list of snow emergency parking locations, and for information regarding towed vehicles.

Anyone in need of shelter is urged to call 211. As long as the temperatures are below 25 degrees, the following shelters will be open 24 hours:

Be sure to remove your vehicle from school lots  promptly at the end of the ban . Hartford Schools are strict about clearing their lots for school operations and vehicles impeding school use after the ban is over will be towed to clear the lots.

Also, if possible, try to check on your disabled or elderly neighbors during or after the storm
Posted by KEVIN BROOKMAN at 4:09 PM 25 comments: