PEREZ FOR MAYOR: HOW LOW CAN WE GO? 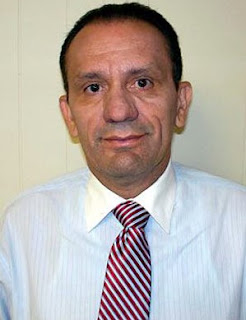 Nothing would make me happier than to see Hartford's Little Prince dethroned in the upcoming election. In fact, I would have loved to have seen a different outcome four years ago before Luke Bronin's coronation as Emperor of Hartford when he first bought the Mayor's Office and the Hartford Democratic Town Committee endorsement.

Hardly a day goes by when I don't wonder where we would be as a City with Bob Killian in the Mayor's Office and imagine the progress we would be making daily. Unfortunately though, Hartford's politics being what they are, we blew the opportunity to put in our first real "Strong Mayor" since Charter reform.

Again, as much as I would like to see Luke Bronin run out of City Hall, (and Hartford as well) Eddie Perez is not the person to drive him out  Neither of them are 1/100th of the leader Bob Killian is and  neither of them have the understanding and love for our City like Bob.

I won't rehash the whole corruption investigation probe and arrest,  but Eddie Perez did huge damage to the City of Hartford. People want to go after Jussie Smolett for his costs to the City of Chicago, but has anyone ever calculated  the costs of Eddie Perez's corruption investigation and Grand Jury to the taxpayers of Hartford. Hundreds of thousands of dollars were spent on lawyers to represent City Hall employees that were called before the Grand Jury  investigating Perez. And those figures don't include the costs to the State's taxpayers for the investigation to uncover his criminal acts.

And now all of a sudden, Perez sees the opportunity to dethrone a very unpopular Mayor. Isn't  it a little bit disingenuous that we now are hearing Eddie Perez "apologizing" for his indiscretions. I think that is the first time since his arrest, and even since his conviction, that I have heard him apologize. Now isn't that convenient. I guess you only need to apologize to the community you defrauded when it suits your need to fulfill your thirst for political power. Oh ,and just like John Rowland, Perez has apparently found God. Too bad he didn't do that 10 years ago before screwing us over the first time

I am sure we will see constant comparisons to another convicted felon who was reelected to his previous position, Mayor Joe Ganim of Bridgeport. Huge difference between Perez and Ganim
Joe Ganim took responsibility for his actions and paid his dues by spending several years in Prison before returning to his community and starting over.

Eddie Perez never paid a price for his crimes. Not one day in Prison , and until he decided to run again , he never took responsibility. In fact he tried to sue the City of Hartford to recover the costs of his legal defense for raping the taxpayers of Hartford. I am not sure why we would be responsible for the legal fees for his attorneys to defend him against his criminal acts. But most likely about as much thought went in that decision to sue as went into his decision to run for Mayor again. Does he really think we are that ignorant as a Community? We just may be, only time will tell

The worst that happened to Perez is that a Judge recently decided to revoke his ill gotten pension. A pension he received while in Office , his salary being paid by the people of Hartford, supposedly to run the City of Hartford, not to commit criminal acts and shaking down City vendors and businesses.

Eddie Perez didn't even come close to getting what he deserved for his corruption and the last thing he deserves is a shot at fleecing  the residents of Hartford once again .

And just to refresh your memory, here are Perez's felony convictions from the Judicial website