SOMETHING IS WRONG HERE 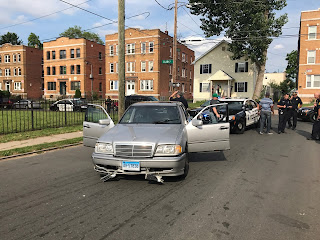 As I sit here beginning to write this, another person has just reportedly been shot a couple blocks from me at 196 Sigourney Street.

In a state that had reportedly passed some of the toughest gun laws in the Country after Newtown, it seems to have only affected law abiding citizens.Criminals are still running our streets with weapons with no fear of using them.

And the alarming trend is that many of these gun criminals seem to be juveniles who are keenly aware that there is very little accountability for their actions.

Our local court and the Hartford County States Attorney seems to have a well deserved reputation for being a no show when it comes to the serious violence prosecutions. Her predecessor, States Attorney Jim Thomas, was a regular attendee at community meetings especially when concerned citizens wanted to discuss crime issues. I have never seen the current Hartford County States Attorney at a meeting or anywhere in public. And that is saying something considering she has been in that position for twenty years.

Something is wrong when the Assistant US Attorney, Mike Gustafson, is a regular fixture at the monthly Public Compstat meetings agt HPD ,but I have never seen the Hartford County States Attorney Gail Hardy ever enter the room. Is the US Attorney more concerned about crime in Hartford than the States Attorney? I would have to say the answer is definitely yes by all appearances.

Maybe it is just that local law enforcement has a better working relationship with Federal prosecutors than they do with our own local courts for a multitude of reasons.

Yesterday, a 17 year old committed a car jacking with a gun in Newington. He eventually arrived in Hartford in the stolen Mercedes-Benz, courtesy of the newest criminal pipeline into the City, CTFast track bus way and was observed by the Hartford Police. They attempted to stop the car  and the 17 year old fled, but eventually crashed and was taken into custody. HPD located a loaded handgun on the 17 year old. Don't let the pink gun fool you, it still could have been deadly in the hands of an adult, never mind a 17 year old thug. 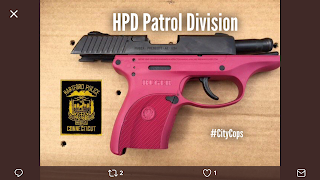 DON'T LET THE PINK FOOL YOU, IT IS STILL DEADLY, JUST MORE OF A FASHION STATEMENT

According to HPD , the 17 year old already has an extensive criminal record dating back to the age of 10. Is it difficult to see that this path is not going to end well?

The 17 year old career criminal apparently obtained the deadly weapon from a 14 year old friend who stole the gun from her mother and gave it to him according to n HPD patrol division investigation this evening.  So much for responsible gun ownership, at least there is no body on it....yet.

Even more troubling is the disposition of the matter according to the HPD Unusual Occurrence Report.  The 17 year old was apparently given a summons and sent on his way to prey on the public once again 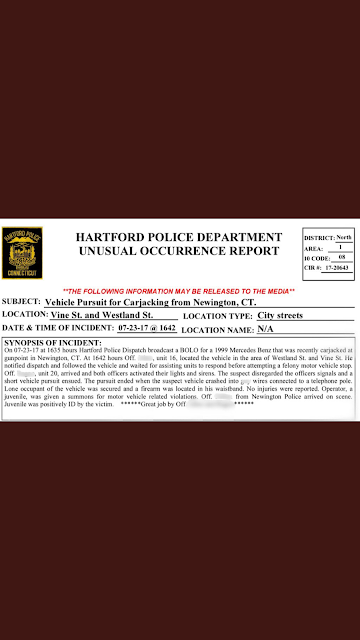 The Hartford County States Attorney should make it a point to get menaces like this off Hartford's streets and finally set a tone that gun crimes by both adults and juveniles are taken seriously in the Hartford Court. It might mean that the States Attorney's Office doesn't shut down at noon time on Fridays and that they actually work a full day, but that is a story for another day.

Luckily though we still have Mike Gustafson and his Federal partners who aren't afraid to get out and interact with the Hartford community.
Posted by KEVIN BROOKMAN at 9:57 PM 71 comments:

ARE YOU KIDDING ME?

At first I thought this unusual occurrence report from HPD was a joke.

I know HPD has encouraged people to use the HPD headquarters parking lot at 253 High Street as a safe location for "offerup" and "craiglist" transactions.

Apparently two potential cocaine purchasers also thought it would be a good location to score their coke this morning.

The two approached a HPD officer finishing up his shift at 2:00am and asked the officer for the closest ATM so they could get $60.00 to buy cocaine. The officer directed them to the lobby of the Police Department where they used the ATM in the lobby, and were promptly arrested and taken into custody for conspiracy to purchase and possess narcotics