WHEN IT RAINS , IT POURS

Some guys just can't get a break. Read the latest embarrassment for the Christie Administration at watchdog.org , click here
Posted by KEVIN BROOKMAN at 2:29 PM 13 comments:

A SINCERE THANK YOU

Hartford sometimes gets a bad rap as an uncaring City. A recent tragedy has shown that we do know how to come together as a community.

A structure fire on Bedford Street recently took the life of 4 year old Chantay Drake, her mother succumbed to her injuries from the fire a few days later. As with most families, no one really plans for the death of a child, and life insurance for Chantay was probably the furthest thing from her mother Susan Therrien's thoughts.

As a result of her tragic death, Chantay deserves to be laid to rest in a proper ceremony and burial.

To attempt accomplish that , I spoke with State Representative Doug McCrory of the 7th District. Doug is my State Rep and I also proudly serve with him on the Democratic Town Committee. I know Doug's passion for the City and its children and especially his commitment to children, both through Sports Programs and Education.

I contacted Doug and asked if he would help me establish a relief fund to accept donations for the burial and funeral expenses of Chantay and if extra money was collected the remainder would be used to establish a college fund for the surviving child, Kayla Drake. Doug readily agreed to help.

The next step was to call Marco Signorelli, the Director of the Hartford Municipal Employees Credit Union, to establish an account to accept donations. Within minutes, with the cooperation of Marco and his staff, the account was opened. Donations to the fund can be sent to the Hartford Municipal Employees Federal Credit Union at 443 Franklin Avenue, Hartford, CT  06114 c/o the "Bedford Street Fire Victims Fund". Thank you to Marco and his staff for their committment to Hartford.

Next was the issue of arranging for a Funeral and services and finding a Funeral Director that would arrange the services knowing that payment was not guaranteed. I called Frank Ahern of the Ahern Family Funeral Home. My family has known the Ahern's going back probably over 60 years to my grandmother who was very good friends with Francis Ahern, the original founder of the business.

I had a conversation previously with Frank Ahern at the wake for my Uncle at their Unionville location a couple years ago. During that conversation, Frank told me about a conversation  and a promise he had made to his father before his father passed away. His father had a definite love for Hartford and apparently asked Frank to promise him that as long as the Ahern family remained in business they would always have a presence in Hartford. Frank agreed, and he lives true to that promise today.

I called Frank and imposed on him for a favor. I explained the situation  and asked what he could do. Without hesitating he replied that I should tell Chantay's family that the Ahern Family would take care of Chantay's needs without question. There apparently are some state benefits available that will offset some of the cash expenses, grave openings, death certificates, the vault and other required items,. Other than that, the Ahern's are taking care of the arrangements.

In the end, after the necessary costs are covered , that will hopefully allow the remainder of the  Fund to be set aside to establish a College fund for Kayla so that when she turns 18, she will have a head start on obtaining an education It will be a difficult road for Kayla without her sister and her mother, but she is very fortunate to have a loving aunt and Grandmother who are caring for her now.

This has been a very difficult and trying time, but , despite being a terrible tragedy it is also gratifying to see people coming together and forging ahead to ensure that Chantay has a proper and respectful ceremony to make sure she is able to rest in peace..

In addition to Frank Ahern and Marco Signorelli, I would like to also thank Andrea Comer and Marta Bentham for their diligence and commitment to Kayla and Chantay. To all of the donor's that are making this possible, thank you also. If you haven't sent a check yet, please consider doing so any amount is greatly appreciated. And also keep in mind that we are still collecting items for the burned out families also, clothing and household items to help them get back on their feet can be dropped off at Trinity Episcopal Church at 120 Sigourney Street in Hartford, Monday through Thursday from 9:00am to 3:00PM. The office is closed on Friday's. Or on Sunday during Church Services

One thing I am sure Hartford does have are caring people that step up during difficult times. My sincerest thanks and gratitude to all.

Below are the details for Chantay's Services:

Shantay Lynn Drake, 4, of Hartford, went to be with the Lord on Tuesday, January 28th, 2014. Shantay was born April 3, 2009 in Hartford to Bobby Drake and Susan Therrien. Shantay was a student at Jumoke Academy at Milner School where she will be dearly missed. Her mother Susan has joined her in Heaven. She is survived and was extremely loved by her father Bobby who misses her hugs and vampire smiles, her inseparable sister Kayla Drake, many brothers, grandparents, aunts, uncles, cousins and friends. We know our little angel is hugging our Lord and Savior. Friends may call at the Christian Liberty Center, 23 Vine St., Hartford on the corner of Vine Street and Albany Avenue on Saturday (Feb. 8) from 10:00-11:00am followed by a Celebration of her Life at 11:00am in the Christian Liberty Center. Burial will be in Spring Grove Cemetery, 2035 Main St., Hartford. Arrangements are being handled by The Ahern Funeral Homes, Inc., www.ahernfuneralhome.com. Published in The Hartford Courant on Feb. 4, 2014
Posted by KEVIN BROOKMAN at 12:58 PM 1 comment:

Posted by KEVIN BROOKMAN at 4:38 PM No comments:

This posting will be brief since it is almost 3:30am

Hartford Police are on the scene of another shooting. This one has a strange twist though. The victim, if you can call him that, is Alexander Bradley. Bradley was the guy that Aaron Hernandez , yeah that Aaron, the former Patriot now sitting in a jail cell accused of murder, Hernandez allegedly shot Bradley in the eye. Bradley, 33, has filed a civil lawsuit against Hernandez, claiming he was shot in the face by the former player in February  2013 as they were driving in Florida after arguing in a Miami strip club.

Bradley was apparently shot several times in the legs and groin area inside a bar at 151 Meadow Street. He then left and went to his cousins car outside to retrieve his gun. The car belongs to Bradley's cousin who happens to be a Corrections Officer. From what sources are telling me, workers inside the club saw Bradley returning with the gun and they locked the front door. Bradley then fired 11 rounds through the front window into the club.

Luckily for those inside, Bradley was shooting with only one eye and no one inside the club was hit.

Bradley was apprehended by HPD as they fled the scene in his cousins car a couple blocks away. Bradley was bleeding profusely and was transported to Hartford Hospital.

Sources also stated that Bradley, umm, how do I say this, was less of a man than he was when he started the night due to the gun shots to his groin area.
Posted by KEVIN BROOKMAN at 3:36 AM 2 comments: 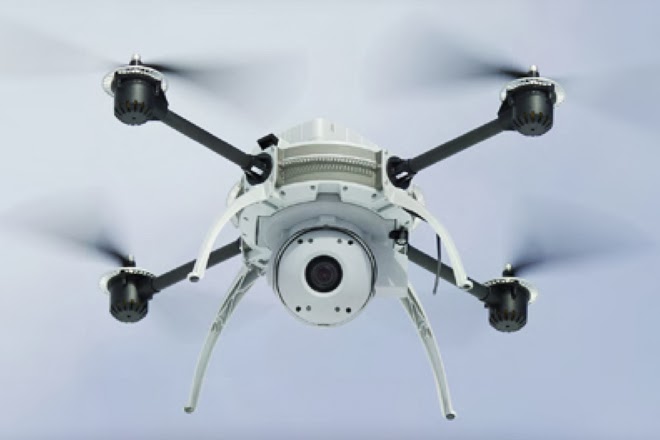 Recently I have received several inquiries regarding a drone that has been noticed hovering over HPD Investigation scenes. The attention on drones has seemed to have increased after the recent reports of Amazon.com considering using drones for deliveries.Apparently a drone capable of transmitting video, similar to that pictured above, can be purchased for $500 to $1000

For Law Enforcement, drones , and their use, pose a certain set of questions about their safe operation. Crime scene tape is usually sufficient to keep the media at bay while evidence is being collected. In the case of a drone, sensitive video and evidence can be obtained from a drone hovering overhead, with virtually unrestricted access to a crime scene.

Yesterday the drone was hovering over the scene of a fatal accident on Main Street. Although HPD did what they could to cover the dead body of the crash victim still in the car, from the street level view, I would imagine that the aerial view might possibly reveal a much more different sight. Does any family want to see a video showing up on "you tube" of their maimed relative lying dead in the vehicle?

I strongly believe in the public's and the media's right to know. I think HPD has shown over the last year or two that they are extremely open and transparent and share as much information as  possible. Victim and suspect information as well as photographs of the individuals and evidence are normally e-mailed to the media within hours after an incident.

A drone shooting aerial video could possibly compromise investigations by exposing all evidence on the ground that might be crucial to the investigation. It also is a large officer safety issue. In this day  and age of "instant media" I don't think a lot of television stations consider what they are putting out in the effort to be the first to report "breaking news. Many times the instant video is exposing strategic locations of police officers.

The images of Emergency Response Teams or 'SWAT" officers makes for great images with officers armed with assault rifles and military garb jumping out of armored vehicles. The problem is that in most cases, the same individuals that they are called to apprehend also have television sets and could also be watching the live shots of those same officers arriving on scene, courtesy of your local network station.

This happened a few years ago after a couple HPD officers were shot on Zion Street during a drug raid. At that time a local station had a helicopter. As the scene unfolded, the chopper was hovering overhead transmitting live video of every officers location around the perimeter of the building. HPD was able to quickly get the air space over the scene closed by the FAA and the chopper was forced to shut down its video and exit the area.

A drone could potentially do the same thing. Apparently the drone's camera has the capacity to transmit video back to a smart phone or receiver and then be sent out to anyone the operator decided The FAA still has control over the use of drones and the airspace the drone operates in. The use of a drone is not just something any hobbyist can do unrestricted , there are numerous federal regulations governing their use with apparently stiff penalties for reported violations

The mystery use of the drone that has been concerning HPD was solved yesterday. The operator was located and identified as a cameraman for a local television station and from what sources told me, he was transmitting the live video back to his station. I would imagine this situation is not over yet as new technology brings new challenges to law enforcement.
Posted by KEVIN BROOKMAN at 12:04 PM 1 comment: