THE WHOLE TRUTH, THE UNSCRUBBED REPORT

Here is the unredacted, unscrubbed original report on the LSNI Program, I'm not sure why the second report had to be created, but maybe it should have a disclaimer that names mentioned in the report are innocent until proven guilty. Both reports are public documents and should be available to the public regardless. If you actually want to read the report with the names of the obstructions to forward momentum, this is the report to read. Maybe Mayor Segarra should be using this report to compile the layoff list he mentioned last week. Why would we continue to employ those who clearly don't believe in what Mayor Segarra is trying to accomplish? LSNI- ORIGINAL REPORT
Posted by KEVIN BROOKMAN at 11:41 PM 5 comments:

Here is the scrubbed version, I will post the "draft" version with the names tomorrow.
LSNI Report
Posted by KEVIN BROOKMAN at 9:54 PM 2 comments:

IT IS ALWAYS AN ADVENTURE WITH ANDREW. 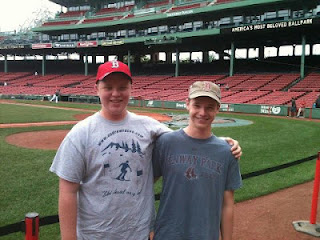 My regular readers are familiar with my nephew Andrew. I have written about him here before and his efforts to compete in the 2014 Paralympics in Russia. Andrew has taken to skiing and is proving to be quite the competitor, even though he is afflicted with Cerebral palsy. You can read more about Andrew at his website, andrewraces.com or just click here. 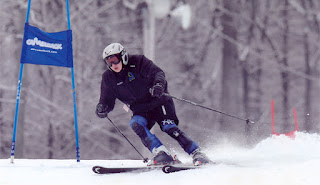 Andrew skiing at Camelback Mountain in New York last winter
Last Friday, a friend of mine gave me three tickets to Sunday's Red Sox game at Fenway Park. I decided to take my nephew Andrew, who has become a big Red Sox fan  and his younger brother, Ryan. Although Andrew has become a master on skis, everyday activities like walking are still a challenge for him and he seems as though he wants to face his challenges head on.

A wheelchair is something you very rarely see Andrew break out unless he has a long journey, like an airport or some other distance he has to travel.Andrew is also a member of his school band at Fermi High School in Enfield. His younger brother Ryan, who sometimes doesn't get the attention for being the great kid he is with Andrew in the media limelight, once pushed his brother in his wheelchair the entire distance of a Parade route in Enfield so Andrew could play with the band.


If the tears aren;t coming to your eyes yet, hold on.So often the great things people do aren't mentioned, and sometimes a small effort by someone can have a huge impact.

All I know is that his name is Kenny and he is a security guard at Fenway Park at the main gate at Yawkey Way by the souvenir shop.I left Hartford early Sunday to pick up my nephews and make sure we got to Fenway early enough so I could get a handicap parking space close to the park. The Boston Police were great and directed us to Overland Street, which I guess they shut down during the games, specifically to accommodate handicap parking needs.

Since we had left Hartford early, by the time we got there and Andrew walked to the Ticket gate, we saw the sign that the gates opened 90 minutes before game time. That left Andrew at least an hour to stand before we could get to our seats.

That is where Kenny the security guard came in. I approached him and explained that I had a person with me with a disability and was there a place he could sit while we waited for the gates to open. I think Andrew doesn't see it as a disability but that's another story. Anyway, Kenny asked if he could walk down stairs. I told him it wasn't pretty, but yes he could do it.

He then pulled a couple of Red Sox wrist bands out of his pocket, put one on me, one on Andrew and the 3rd on Ryan and he told us to follow him he was taking us out on the field for the teams warming up before the game. Andrew's face lit up with a smile like a kid on Christmas morning and I think Ryan was pretty impressed also as we were walked onto the Field.

It was a deed that put some joy on Andrew's face and hopefully helps him forget some of the pain he has experienced throughout his young life with treatments and surgeries to break bones and then pin them back together  to help him walk. I'm not sure if Kenny the security guard will appreciate what he did for Andrew and how it made him feel special, but I am pretty sure Andrew and Ryan will both be telling the story of their special day with the Red Sox for a while, I know I will.

A fundraiser will be held next Sunday to support Andrew's efforts to make it to the paralympics, more on that below.
. 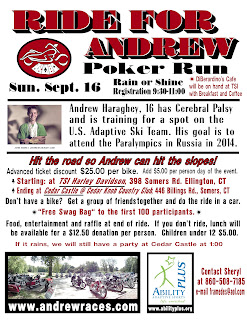