HAS THE MAYOR'S NEW CAR ARRIVED? 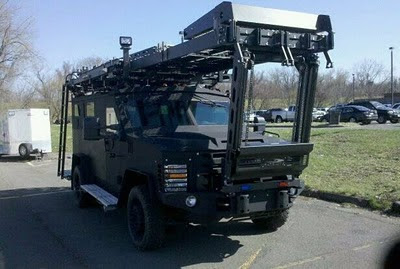 Eddie Perez has filed motions with Superior Court that he can't get a fair trial because of the "anti-Hartford" sentiment. If he feels so strongly that he is disliked that much by our suburban neighbors, he might want to consider the armored vehicle above for his travel needs.

It might not be a smooth ride and I'm sure the gas mileage is awful, but when has Eddie ever worried about how much he spends.

Seriously though, the above vehicle along with 2 other similar vehicles were recently purchased for use in the Capitol region area by Police Emergency Response teams. The one above will be housed in Hartford and the other two will be kept in Vernon and West Hartford.

The vehicles were apparently purchased through a grant from CRCOG, the Capitol Region Council of Governments.

Hopefully you will never see this vehicle pulling into your driveway, but if it does, maybe it is Eddie coming for coffee
Posted by KEVIN BROOKMAN at 5:43 PM 1 comment:

WILL ANYTHING BE LEFT TO RENOVATE AT THE PROPOSED PUBLIC SAFETY COMPLEX? 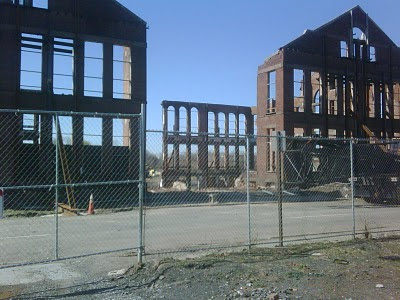 Over the winter months there seems to have been very little progress and even today, there were four cars parked in the contractors parking lot and no one was visible working on the site.

Any bets on when this project will be completed and how much the "over-runs" will total?
Posted by KEVIN BROOKMAN at 5:33 PM 3 comments:

When Eddie Perez was arraigned after his first arrest in 2009, Perez's lawyer stated that Perez was ready to go to trial at 2:00PM that afternoon. The phrase "Justice delayed is justice denied"has been thrown out repeatedly by Perez and Santos.

But in the latest saga of Perez's corruption scandal, Perez and his attorney seem determined to drag out the process even longer. Although months have gone by since Perez's last visit to Judge Dewey's courtroom, Attorney Santos has waited until the week before Jury selection and pretrial "housekeeping" was to begin to file more motions that may potentially delay the trial even further.

The motions can be read below. The motions seem to be rather short on substance and Santos is doing what defense lawyers. If the truth won't work in your favor for a defense, you grasp at straws and use every trick you can to hopefully avoid watching your client report to prison.

All four motions are somewhat interesting though. I like the request for a change of venue. The motion claims "a generalized anti-Hartford bias from the towns and cities surrounding Hartford" make it impossible for Perez to receive a fair trial. How can this possibly be with that great "leadership" we keep hearing about from the Mayor's Office? If I recall, under Mayor Mike we still had our problems but Mike Peter's was able to build a sense of good will with our suburban neighbors.

Is Perez now telling us that he has squandered that goodwill in his several years as Mayor and the suburbs don't care for him? But the even larger question is why does he want the Jury selection to take place in Hartford and then move the trial after the jury is selected. I might be missing something, but the witnesses will remain the same no matter where the trial is held. After the jury is selected in Hartford, even if the trial venue is moved the jury will remain the same. So what is the benefit of the request for a change of venue after jury selection?

Could it possibly just be a motion to cloud the issue more and delay further? It would appear that way to me.

The only benefit to Perez though, in addition to delaying the inevitable, is that if Hubie Santos' fees are being paid by the City of Hartford as many people believe, the checkbook remains open and no stunt is too costly.

And yes, you read that right, apparently no bills have been submitted yet by Santos, but the City of Hartford claims that they are "obligated" to pay for Perez's defense. 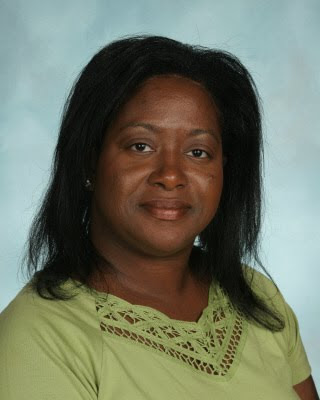 I guess some people never learn, and really don't care who is watching.

For those that follow the blog, you are well aware of the ongoing "Sasha Show" saga and the heavy handed tactics of Hartford Public Access Television Executive Director Billie Scruse. But, as I have said many times about the Perez Administration, Billie Scruse is now also becoming a "gift that keeps on giving" when it comes to blog entries.

For those that need to get up to speed about the controversy regarding Sasha Hunter and the "Sasha Show", here is the original posting, click here,"Billie Scruse puts the screws to the Sasha Show"

I would think that after arbitrarily suspending Sasha's program and the uproar over it, any sane person would tread lightly on future actions. Not Billie Scruse though, apparently with her a vendetta is a vendetta, pure and simple.

At the producers meeting held on Monday March 15, 2010, Sasha Hunter attended and completed the request for "time slots" for her upcoming season of programs. I was also in attendance and saw her filling out forms and then saw her hand them to Scruse and her assistant at the meeting, HPATV employee Joe Hilliman. I can't swear as to what was on the forms, but she did hand completed forms to Scruse.

Now, in what comes down to incompetency at the very least and insanity at the worst, Scruse has apparently "lost" the forms that Sasha Hunter turned in. The end result in Scruse's eyes is that Hunter is off the air for another season. The schedule has already been made so , sorry Sasha, you're out for another three months.

From what I have seen of Scruse's operation, both the incompetency theory and the insanity defense might apply, but to refuse to correct the situation is inexcusable. There are plenty of open time slots that the "Sasha Show" could be inserted into. But I think Scruse figures she can do whatever she wants without any repercussions.

Sorry Billie, wrong again. Section 16-331a of the Connecticut General Statutes, as well as other Federal Statutes govern the operations of Public Access Television operations. Section (g) of the state statutes should be something Scruse might want to memorize "(g) No organization or company providing community access operations shall exercise editorial control over such programming, except as to programming that is obscene and except as otherwise allowed by applicable state and federal law.

Scruse's actions might be considered obscene by some, but Sasha's show definitely is not.

Where is the Board of Director's, are they oblivious to what is happening?

I would expect more from an organization whose middle name is "PUBLIC"
Posted by KEVIN BROOKMAN at 3:39 PM 3 comments:

HERE IS THE OFFICIAL DECISION

DEMOCRATIC STATE CENTRAL DECISION IS IN

Apparently the decision has been rendered in the dispute over the election of Hartford's Democratic Chairperson.

Although I haven't seen the written version yet, the panel apparently decided in favor of Sean Arena. Arena has been ordered to convene a meeting of the Hartford Democratic Town Committee within ten days for the purpose of holding another vote for a new Chairperson.

More on this as I get the actual decision.
Posted by KEVIN BROOKMAN at 11:25 AM No comments:

IS IT ACCEPTABLE TO BE ANONYMOUS?

Recently the issue of posting "anonymous" comments here was brought up by a few people, including Thom Page who posted his thoughts:

Kevin: Time to raise all of your blog to the next editorial level.

The comments section will gain great integrity by abolishing "anonymous" entries. Being held accountable is the time-honored rule for insuring truthfulness and weeding out "trash". You live or die on the truth when publishing your articles, and should expect more from your commenters.

Bruce Rubenstein and I both strongly advocated for this with Cityline earlier this year.

Anonymous entries may be titillating, but watch comment quality skyrocket when authors are identified. Afterall, "We The People" entries have such credibility, in part, because your name is attahced to them.

Make ALL of your blog first class.

For me it is a tough call because I think many posters who put their comments up here would fear for their jobs or other reasons if their names were associated with their comments. For the most part, I think the comments posted here, even if anonymously, have remained civil and pretty much respond to the topic.

Apparently Colin McEnroe of the Courant and WNPR radio is also looking at the issue. Here are his postings on his blog and a couple interesting links with more info.

DOES ANYONE BELIEVE THE SPIN?

I received a "press release" on Friday from the Mayor's mouthpiece, I mean Director of Communication's Sarah Barr. It contained a word attributed to the Mayor that I'm sure many people have a hard time believing can be used to describe Eddie Perez... "leadership".

As jury selection begins next week for the upcoming trial of Perez, I would be hard pressed to accuse this administration of exercising "leadership".

In essence, the press release was trumpeting the fine shape that Hartford is in financially under the "leadership" of Perez.

The press release quoted Perez as stating , "Under my leadership, the City has created strategies to mitigate the impact of the current adverse economic conditions. I will work hard with the City Council and Treasurer to maintain the high standards of fiscal management we have put in place."

Under Perez's "leadership" hundreds of City employees have been laid off while spending has not been reduced and in fact next years projected budget includes an increase in spending of over $40 million dollars.

Under Perez's "leadership", the City of Hartford is projecting a "budget gap" in excess of $30 million dollars this year alone, not including the $40 million being projected for next year

Under Perez's "leadership" his so called "high standards of fiscal management" led his attempt to raid the pension fund of over $10 million dollars. Luckily for city retirees, a strong willed City Treasurer named Kathleen Palm fought off this improper allocation and the pension fund remains intact.

Under Perez's "leadership" the annual city budget has increased over $125 million since the day he took office and the mil rate has doubled.

I could go on and on detailing the Perez "leadership" initiative, but I think one example tells the entire story. In last Friday's Hartford Courant in the real estate listings, it detailed at least twelve property owners essentially walking away from properties and giving them back to the banks holding the mortgages.

This should be an unsettling trend for any Mayor spouting his "leadership". If there is any stronger sign that people are being taxed out of their homes, I'm not sure what it would be. I understand that other factors come into play, but the majority of people telling me that they are planning on leaving Hartford, an unbearable tax burden is the number one reason.

Hopefully this Perez "leadership" will only last for another couple months until we hopefully change direction under Segarra "leadership". Maybe Mayor Segarra will deal with reality and not "spin".