TOO LITTLE TOO LATE 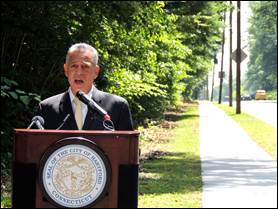 I am probably going to shock many people by saying this , but if Pedro Segarra had started acting like a Mayor almost six years ago, he probably wouldn't have been a half bad Mayor. To start doing the job now, just weeks before a difficult primary is obnoxious and disgraceful.

Did it take a tough primary fight for Segarra to realize that many of our neighborhoods are filthy and needed attention? He launched a program this week to focus on the filth. Did his City Hall brain trust just realize they could put together a program to address our dirty streets. Why now and not five years ago?

For years our police staffing has been steadily dropping. A good manager would have realized that the result of hirng new recruits 25 years ago would  mean that they would be applying for retirement 225 years later. That means now Mr. Mayor, resulting in a large amount of vacancies caused by the attrition. It has decimated the ranks of HPD and only now because it has become a campaign issue, Segarra has begun addressing it. Why now Pedro and not five years ago?

Throughout the community, people are telling me that they are seeing Segarra attending functions that he hasn't attended in years  or paid attention to at all. Now he is attending everything possible with his campaign entourage, trolling for votes. Why now Pedro and not five years go?

Even the Hartford Fire Department , which has been exhibiting its dysfunctional leadership for years is now getting election year attention. when it was pointed out both here and on local television that HFD was ignoring mandatory state statutes for  Life Safety Inspections of Hartford structures, Segarra has suddenly found the money to supplement funding for additional fire inspectors. I am not sure how we are allowed to ignore state laws, especially when we have experienced loss of lives that could be attributed to lax inspections. Why now Pedro and not five years ago?

Every press release coming out of Segarra's office lately seems to be for another election year stunt , orchestrated to gain free media attention to make it look like Segarra is actually ding something. The only problem though is that every stunt is for something that has been well under his control for several years. If he is only going to do the work of Mayor for six months of his term before the election, we should be asking him for  refund of the other 3 and a half years of the salary we paid him.

Luke Bronin talks a lot about accountability. We need to make it clear to Luke that when elected Mayor, we expect to get our moneys worth from him everyday, not just a couple months before the next election. Somehow I think we will get our salarys worth from Bronin and his Team  from day one.
Posted by KEVIN BROOKMAN at 9:02 PM 57 comments: 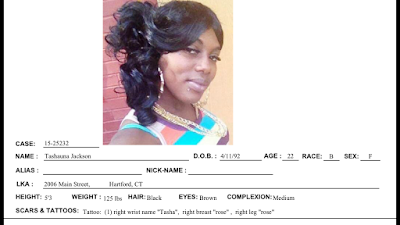 The Hartford Police Department Special Investigations Division and the Major Crimes Division are conducting a missing person investigation for a Tashauna Jackson 23 from Hartford. She was last seen on 8/11/2015,  at approximately 11pm where she reportedly was in the company of male, and was seen entering his vehicle of her own free will. On 8/12/15 she was reported missing. Since then, the male and his vehicle have been located. The vehicle has been seized by HPD. The male has been interviewed by Detectives. Ms Jackson has not been located. Ms Jackson has never gone missing in the past. Ground searches in secluded areas of the region have been conducted. The investigation is ongoing.

While the circumstances surrounding this disappearance do not fall under the criteria of a Silver or Amber Alert, investigators are extremely concerned with Ms Jackson's safety. We are asking anyone with any knowledge of Ms Jackson's whereabouts to contact HPD as soon as possible- Sgt Andrew Weaver 860-757-4214. Anonymous tips can be left at the HPD Website.

The Maple Avenue/Barry Square NRZ will hold its annual community day this Sunday behind the Webster Theater on Webster Street in the Barry Square neighborhood. The event will be held from 11:00am to 4:00PM rain or shine.

The event is free of charge and open to the public. Free refreshments will be served. A raffle will be held for bicycles to be given away. The Hartford Police Department  the Hartford Public Library and many other groups will be represented at the event.

ARE THEY LEAVING THE SINKING SHIP? 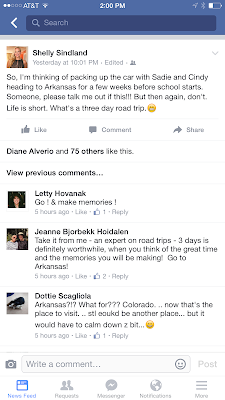 The screen shot above is from the Facebook page of Segarra Campaign spokesperson Shelly Sindland,it makes me  wonder how you take a roadtrip to Arkansas for a few weeks right before a hotly contested primary, unless things aren't really going that well with  the campaign. Maybe Pedro forgot to pay her also like he did all the debtors listed in his Bankruptcy filing posted here last week.
For anyone that has been paying attention, Segarra's Office spokesperson Maribel LaLuz also seems to be Missing in Action lately also. Maybe controlling a phony message becomes more difficult when you are unable to control the people delivering the message.
Keep trying though Pedro, someone must be naïve enough to believe you.