CUTTING EDGE ONCE AGAIN, SEGARRA WEIGHS IN ON ADAMOWSKI'S BONUSES

Last week I posted on nearly $2.7 million in bonuses given out by Superintendent of Schools Steven Adamowski to Hartford Schools employees.

Today WNPR's Jeff Cohen is reporting that Mayor Segarra is concerned that the bonuses might be "inappropriate" and has called Adamowski to task to explain the expenditures.

You can read Jeff's story by clicking here

To read last weeks posting and see the list of those receiving bonuses, click here
Posted by KEVIN BROOKMAN at 4:36 PM 23 comments:

A 5 month old child has been admitted to Connecticut Children's Medical Center suffering from what is believed to be trauma suffered from a sexual assault. The child was brought to the hospital after the mother noticed unusual bruising and marks on the child. According to police sources, specialists at CCMC confirmed that the injuries were consistent with an apparent sexual assault and evidence of internal trauma was also found.

HPD sources confirmed that a potential suspect who was also in the apartment at the time of the alleged assault is being questioned. The mother was taken into police custody on an unrelated outstanding warrant. As of this time an arrest has not been made, but sources said that an arrest is very likely. HPD's Juvenile Investigation Division (JID)is continuing their investigation

Please keep this child in your thoughts as well as the officer's and medical staff who have had to deal with this matter.
Posted by KEVIN BROOKMAN at 4:10 PM 2 comments:

ONCE AGAIN, THE LAW MEANS NOTHING IN HARTFORD

Apparently a press release issued this week has raised the hackles of Tax Collectors across the State of Connecticut.

In a press release issued by Mayor Segarra on February 1, 2011, Segarra stated "Due to the inclement weather, the parking ban, and the potential closing of City Hall on Wednesday, the last day to pay City property taxes has been extended until Thursday, February 3rd. A late penalty will not be applied until Friday, February 4th."

According to Connecticut State Law though, CGS 12-169 the city mayor can not waive the interest or late fees due to inclement weather according to several Tax Collectors from other municipalities across the State who exchanged e-mails after the press release was issued.

In the e-mails obtained by "we the people", one Tax Collector expressed her opinion regarding late payments, "People have known right along that their taxes were due. If you want to wait until the last minute that's the chance you take. We live in New England. Wait five minutes and the weather will change".

Once again, Hartford has shown that it is above the law and Connecticut State Law only applies to other Towns. One Tax Collector showed the high regard that Hartford is held in and his comments seem to explain it all...
"No offense to anyone associated with the lovely City of Hartford……but now you can see why things are so #@*$ up there!

Did I miss that day in class where the Mayor has the authority to override state statute or is this new legislation?"

Also, Hartford's Tax Collector apparently has never been certified as a Tax Collector by the State of Connecticut. Most of the others involved in the e-mail discussion have been certified, so they may actually know and understand Connecticut Law. Where was Hartford's Corporation Counsel, COO, Chief of Staff all of our high priced city hall staffers who should know better?

The names of the Tax Collectors and their municipalities have been withheld to protect the innocent. Oh well, at least some towns get it and follow the law.
Posted by KEVIN BROOKMAN at 12:33 PM 10 comments:

A regular reader suggested that I add a search button to the blog. It is a great idea and will add more flexibility to find info posted here. The search box is located above, directly below the title box.

Feel free to send me your suggestions, keep them civil though, and no, I won't go away, so save your time on that one.

And it looks like this might be the week that "We the People" passes 200,000 hits. In a 24 hour period last week I actually had a record for the blog, over 2,100 hits were recorded Wednesday from 4:45pm through 4:45pm on Thursday. The next closest day was when Eddie Perez faced his first arrest, 1,100 that day.

Thanks for all of your support, encouragement and of course information, I couldn't do this without your help.
Posted by KEVIN BROOKMAN at 8:31 PM 1 comment:

THE THINGS YOU WILL NEVER HEAR FROM HPD

It seems like we always hear the negative things about Hartford Police Officers and I have had numerous conversations with Chief Robert's that HPD does an awful job of public relations.

A perfect example happened this morning, and now that it is posted here it will probably be in a press release, but Hartford officers are doing things like this day in and day out and no one highlights their efforts.

On a Sunday morning when most of us are inside staying warm, drinking coffee and relaxing,others in the City have something else in mind. Two Hartford Police Officers were working a special detail this morning in response to street robberies in the Albany Avenue area.

Apparently something aroused the suspicions of Officers Stephen Pepler and Kevin O'Brien. As they attempted to investigate further, the subject, a 17 year old male took off running to get away from the officers. The officers chased the suspect and during the chase the 17 year old pulled a silver handgun from his waistband. This could have turned into a much different outcome and at one point one of the officers thought that the suspect might be preparing to fire, instead though the suspect threw the gun to get rid of it.

These officers might have ended a one man temporary crime spree through their actions, and these are the things we should be hearing about. This isn't an isolated incident by a couple of "super cops", these are the things HPD officers are doing everyday, day in and day out. Sometimes revolvers, sometimes rifles, sometimes machine guns and in at least one case a grenade launcher.

Instead, many times HPD is portrayed as a bunch of wifebeaters and goons out racially profiling innocent people in the community. Some of that is HPD's doing by not putting information out or stonewalling the media when they inquire, other times it is our polticians grandstanding.

I had a conversation with Councilman Painter about this very subject this past week. I asked him if he knew that Hartford Police Officers had collected hundreds of toys for children across the city who may have had nothing Christmas morning otherwise. It was a great effort spearheaded by police officers, but I heard nothing about it other than talking to officers I knew who told me about it.

That is the type of story that HPD should have gained tremendous mileage off of, possibly on a national level if they only handled their public relations right. Imagine a television crew riding with Hartford Officers as they play Santa, knocking on doors in some of the city's poorest neighborhoods handing out gifts.

It would also serve another purpose as many people might actually see the cops as human beings, and not people to be feared that you only have to interact with at bad times. That is how relationships are built and walls are torn down.

The 17 year old on Albany Avenue might have a different opinion, but his next unsuspecting robbery victim might actually appreciate the HPD's
efforts that we never hear about. It's very unfortunate.
Posted by KEVIN BROOKMAN at 11:56 AM 13 comments: 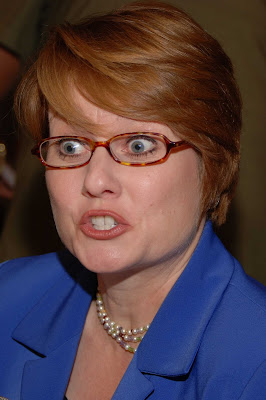 Recent renovations of the Mayor's Suite at Hartford City Hall have been completed and the Corporation Counsel staff is just steps away from the Segarra complex now. One of the people displaced during the renovations was Perez spokesperson, I mean Segarra spokesperson Sarah Barr.

I don't know if her office move is symbolic, but Sara Barr has been "relocated" to the basement of City Hall, right by the rear exit doors, about as far away from the Mayor's Office as one can get without actually being in the parking lot. Could that be the next move?

I wonder if there is a hidden meaning in there somewhere.

Best of Luck Sarah.
Posted by KEVIN BROOKMAN at 10:49 AM 4 comments:

WHERE DID THEY GO ? 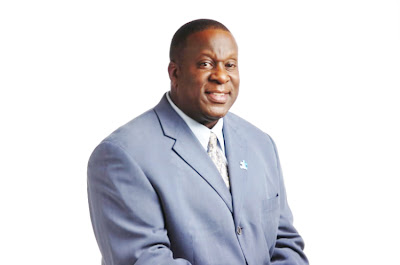 For the second Sunday in a row, the Fox61 political shows are missing. The Stan Simpson Show and the Real Story, originally started by Shelly Sindland and inherited by Laurie Perez seem to be gone and replaced by a couple of syndicated programs. They normally air at 10:00 and 10:30am

Does anyone know what happened or if they will be back.

I guess that does make it official now, Dennis House's "Face the State" is the most watched local political program. Dennis airs on WFSB 3 Sundays at 11:00am
Posted by KEVIN BROOKMAN at 10:37 AM 3 comments: