THE FOX IN THE HENHOUSE 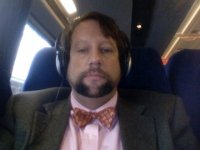 I have to ask myself if anyone at City Hall has any previous management experience the more I read and hear about City Hall operations.

As the LSNI ( Mayor Segarra's Livable Sustainable Neighborhood Initiative) has imploded before us over the last couple weeks it seems clear that something is wrong and no one was paying attention.
Segarra needs to be at the top of the "list of blame" because after all he was elected as our "strong Mayor". Next on the list needs to be Perez holdover COO David Panagore.

Can anyone tell me what management style that is that you transfer the person who was responsible for screwing up the project to another critical department. If you don't have the skills, you don't have the skills, bottom line. That is what unemployment is for, you get rid of the people who can't or haven't performed the functions they have been paid very well to perform.And the person who was responsible or the program in the first place, remember the four assistants to Panagore who were assighed to the program, and now Panagore has taken over as head of the program.

What is that definition of insanity, I think it is to do the same thing repeatedly and expect a different result. What will Panagore do differently now, actually pay attention to the program?

Add to that a little claim of fraudulent paperwork submitted and this should be a full scale investigation, most likely leading to criminal charges if necessary. Bottom line is this all rests at Segarra's feet. This was a pet project of Segarra and it fell apart right in front of him. Name any corporation where the CEO would tolerate one of his prime initiatives  being allowed to fall apart by mismanagement. I can promise the only moves would be out the door, and definitely not to another department, especially if the CEO was embarrassed in the media like Segarra has been.

Panagore's explanation to WFSB last night regarding another blighted property was laughable. Instaed of saying the Mayor has taken a strong lead on blight across the City and we will have a crew out there first thing tomorrow morning, he essentially stated "there is nothing we can do" . Does he really think the property owner would fight the City because they cut the weeds on a blighted property. View Channel 3's story here

Another source inside Hartford DPW claims that they have only cleaned 13 propertied total and submitted the paperwork weekly to one of the Assistant COO's, Natalie Pertoso. The Courant's report seems to verify that claim as they have documents apparently for 13 properties that were cleaned. Where did the 26 other cleaned properties com from? Apparently not Public Works. So who falsified the numbers and who was responsible for putting apparently false information out?

Changes need to begin immediately and Segarra needs to step up and perform the role we elected him to perform, strong Mayor. He plays the "Goodwill Ambassador" role very well, as evidenced by his National Night Out performance. He interacts with residents very well, but he needs to step up and make sure the City government operates efficiently. Transferring dead wood around or overlooking incompetence is not efficiency. We deserve more than half a Mayor

And it doesn't work well when  the person that is supposed to over see city operations, the Mayor's handpicked Chief Operating Officer is at the top of the list of incompetence.LSNI employess all apparently answered to him
Posted by KEVIN BROOKMAN at 4:25 PM 12 comments:

When the public hearing was scheduled for the July 30, 2012 Council meeting, it was said that the full Council would vote on the appointment of James Rovella as Police Chief at their August 13, 2012 meeting. The Council agenda is out for Monday's meeting and there is no vote scheduled for Rovella's appointment.

Council Ptresident Shawn Wooden told me they have nothing to vote on since Mayor Segarra and his staff have not reached a contract agreement with Rovella yet. Wooden , who will be on vacation next week, had also told me he would have called for a special meeting on Friday for the approval if an agreement was reached in time.

That apparently has not happened. Once again it raises the question of how this Administration operates. Other than the Superintendent of Schools the selection and appointment of a Police Chief is probably the most important appointment by this Mayor. And he has botched this one big time.
Not by the person appointed but by his total lack of strategy and effectiveness  getting"his ducks in a row" before he moved forward. Who advises this guy?

The sad part is that much of this process has now come down to bruised egos and feelings of disrespect. Wouldn't it have made sense for the Mayor to call the Council President in before announcing Rovella's appointment and make him part  of the process and ask for his opinion. That apparently never happened from what I am told.

Segarra came into the Mayor's Office after an extended period of disrespect as City Council President under felon Eddie Perez, you would think that would have resulted in a new era of respect towards the Council since Segarra had essentially "been there, done that"  and would realize the importance of a good working relationship between the Office of the Mayor and the Council. Not in Hartford.

In the meantime, everyday that goes by, HPD is like a ship without a rudder with no clear cut leader as l0ong as the title"acting Chief" is in front of Rovella's name The Mayor needs to get all parties in the same room and not leave until the deal is done so Council President Wooden can call a special meeting and  finalize this vote once and for all.

This is a total lack of respect to Chief Rovella and the men and women of the Hartford Police Department who deserve some solid leadership. Leadership that Rovella as the "permanent" Chief will provide

The City Charter gives the Council 60 days from July 30, 2012 to take action on the appointment of Chief Rovella.
Posted by KEVIN BROOKMAN at 3:26 PM 10 comments:

The video below is raw video from the National Night Out events held tonight at the Asylum Hill Boys and Girls Club and Upper Albany. Watch the video at about 3:56 as Police Chief Rovella attempts to danec a samba with Mayor Segarraand Fire Chief Casares
Posted by KEVIN BROOKMAN at 11:32 PM 2 comments:

This is the raw video from the press conference today outlining the success on the first anniversary of the creation of the Hartford Shooting Task force
Posted by KEVIN BROOKMAN at 10:35 PM No comments:

TRANSPARENCY... THEY STILL DON'T GET IT

A couple weeks ago I posted an e-mail I received  notifying the members of the Hartford Redevelopment Authority that their monthly meeting had been cancelled because there was nothing "actionaable" to put on the agenda. I still question how there can be nothing related to economic development to discuss after the City just hired a new economic development director.You can read the oiginal posting here
So after I posted the content of the e-mail and expressed my thoughts, apparently one member of the Redevelopment Commission took offense with the public being made aware of their lack of forward movement.

In an e-mail to all of the Commissioners and City Staff, Board member Suzanne Hopgood wrote the following in an e-mail from her personal account hopgoods@hopgoodgroup.com:

Kevin Brookman's posting (below) concerned me a great deal because it sounded like one of us forwarded to Kevin HRA's internal email to us. I am NOT interested in playing politics as part of my role on either HRA or CRDA and I thought this was totally inappropriate and embarrassed us all. I hope we don't have to worry about this kind public embarrassment going forward.
What she doesn't seem to understand is that all e-mails related to the public's business, with very limited restrictions, are all public documents and it doesn't matter how I get them, the public has every right to see them under the Freedom of Information statutes. And if you don't want public embarrassment, then don't do things that will embarrass you in the Public.
Rather than write ridiculous e-mails, the time of anyone serving on a Public Board or Commission might be better spent taking the time to read the FOI Statutes, available at ct.gov/FOI or by attending an FOI training class, which the FOI staff usually gladly offers. I would also suggest contacting the Hartford Corporation Counsel's Office with any questions, but they don't have the best track record of FOI Compliance.
Hopgood has also recently been name the Chair of Governor Malloy's recently formed Capitol Redevelopment Authority (CRDA). Hopefully the secrecy of the HRDA won't extend to CRDA.
Posted by KEVIN BROOKMAN at 3:34 PM 4 comments: