TAKE THE TIME TO EDUCATE YOURSELVES

Come meet, hear from, and ask questions of the candidates.  All candidates who will be on the August 14 Primary ballot have confirmed their attendance:

If you need Spanish-English translation, child care, bus passes, or other accommodation please contact us by July 16 at 860-201-6510

The Hartford Votes ~ Hartford Vota Coalition is a non-partisan coalition of the organizations listed below working to increase voter engagement in Hartford.


NO MENTION OF WHEN THE REPUBLICAN  CANDIDATES FORUM WILL BE HELD

SHEER IGNORANCE, NO OTHER WORDS FOR IT

Patrol responded to a 911 call of a drowning child at the Willie Ware Center. Upon arrival it was learned  that the call had been made to evaluate the response time of emergency services.

A cooperating witness gave a written statement, reporting that the suspect sat next to her at the splash pad, complaining to her that the police do not care about the "poor black community" in Hartford.

Furthermore to prove his point he dialed 911 in her presence, reported a child was drowning, and was met by an exceedingly rapid response from emergency services. A copy of the 911 call was retained as part of this investigation. The suspect was taken into custody and charged accordingly.
City

We are fortunate in this City to have many good Police Officers and Firefighters who potentially respond to lay down their own lives everyday , regardless of ethnicity. Enough said.
Posted by KEVIN BROOKMAN at 4:31 PM 5 comments:

TRUTH AND FAIRY TALES IN THE KINGDOM OF LUKE 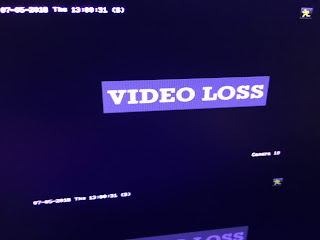 A "Video loss" message should have appeared on the video monitors for the pool systems, bust was anyone paying attention?

When we were naive children, many of us believed in Santa Claus.; Then we grew up and started looking at things and eventually realized that Santa Claus was a facade. I think the same might be true of our beliefs in Hartford Mayor Luke Bronin. In the beginning I think many of us wanted to believe that Luke was the real deal and was going to make a difference in Hartford. Then, quicker for some of us than others, we realized Luke was a facade,  much like the Santa Claus myth.

Luke has a very hard time deviating from his well rehearsed politician script, and I think many people have realized what you hear from Luke is well scripted and not honest conversation. And I may be overly critical of Bronin, but my "BS" meter is pinning the needle anytime I hear him speak.

I wish that wasn't the case, because we need to trust the people we choose to lead us, or who  at least hopefully looking out for our best interests.

It is almost like it is time to rewrite the old lawyer joke. "How can you tell when a lawyer is lying?|" and the punchline is "when their lips are moving"

Since Luke is also a lawyer, I guess we could kill two birds with one stone with a little rewriting.

How can you tell when Luke is lying? His lips are moving.

Just as an example, take the recent press conference he held on July 4th after the tragic drowning of a child in the Keney Park Pool/

Bronin made it clear that the camera failure at the pool was caused by a modem failing during the recent high heat. I think on July 4th we were on the third or fourth day of the heat wave. Ok, so a modem failed. Tragic, but that happens with electronics. ( I wonder if the vendor that accepted the check for the installation ever advised the City that climate control was necessary for the room the euipment was installed in?)

It also seems odd that no one would have noticed a "video loss " message on the monitors as soon as the video went down, similar to the indication above when I disconnected a camera from my video system. And it is even more unconscionable , some might say the height of incompetence that no one noticed the failure before the pool was ever opened.

It is called management, and that is sadly lacking in the Bronin Administration. Maybe it is time we demand that Bronin stop diluting the skills of already over stressed Department Heads. Is it going to take a tragedy for Bronin to fill the DPW Department head spot after he has had the Fire Chief splitting his efforts between two of Hartford's most demanding department challenges.

Maybe the Director of Youth . Families ,Children and Recreation, Kim Oliver, should be focused on running her Department and not be dividing her efforts as a Bronin appointee to the Board of Education. Maybe, just maybe if Oliver was focused on her tasks as the person in charge of Recreation (and Children) she would have implemented  a basic checklist to make sure that the pools were actually up and running, all systems working and ready to safely be filled and opened.

I think that is called basic management skills. The time to start worrying about correcting inefficiencies is not after a child dies, especially if a little vision and foresight may have quite possibly prevented a child\s death.

Sadly, the strongest skills at City Hall are the ability to react.  Bronin quickly called for a committee to0 review policies and maintenance on systems. Isn't that something that would be better accomplished before a child is found floating dead in a pool.

And just to go off track a little bit here, would it be so wrong , and budget busting to establish a policy that when the air temperature at 5 or 6 pm is over 90 degrees, Hartford's pools will be kept open for extended hours, maybe 11:00 PM?

Then a few sentences later Bronin says that the pool alarms had been down for a few weeks.
Ok, Luke , which was it? A modem failure caused by the heat or  some other issue that went unnoticed for several weeks?

Stick to the script Luke, You don't do well when you deviate from the script.

And then even more questions. If you actually go out to the Keney Park Pool and look for the camera, right above the dome camera you will see a antenna mount with what appears to be an antenna transmitter for a wireless video link. That link would negate the need for any modem or "hardwired" transmission means.

Did Luke just think we would blindly follow and believe what he tells us because he is our modern day Santa Claus? The truth does eventually come out , and I'm sure it will once smart lawyers start building their case.

And as the old saying goes, the cover up is usually worse than the crime. Time will tell. 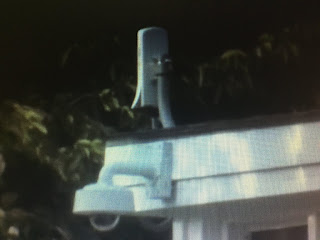 Patrol Units responded to Dunkin Donuts Park for a burglary complaint. Upon arrival investigators retrieved video of 2 Hispanic males gaining entry into the park by climbing the fence. Furthermore, motion sensing cameras within the facility capture much of the incident, showing the same two Hispanic males breaking glass cases and stealing alcohol from the Yard Goats Club. There is also substantial property damage within the suite level. Stolen property includes but is not limited to an Apple Ipad, and the baseball thrown as the first pitch on opening day. MCD detectives responded along with CSD. Evidence was collected by detectives. This investigation was assumed by MCD.

And once again, we see that Hartford doesn't have the brightest criminals. It is probably not a good idea to burglarize a building loaded with Security Cameras recording your every move. It is definitely not a good idea to steal an Apple I-Pad.  especially when the I-pad has the "locate my I-pad" app enabled.

After the I-pad was stolen, the owner of the device activated the Locate my I-pad app. The app pinpoints an apple I-phone or I-pad to within feet of its actual location, helping Police to retrieve the device.

When HPD went to the address pinpointed in the app, they were unable to find anyone willing to answer the door.

Luckily, one of the burglars had also been wearing a very distinctive pair of sneakers which were visible in Dunkin Donuts Park video.

Apparently an alert Police Officer investigating an incident at Walmart recognized the sneakers as the same type being worn by the suspect and the suspects address as the same address pinpointed by the find my I pad app.

End of this dumbest criminal story, the suspect is in custody, most of the items stolen during the burglary have been recovered and the suspect is also a drug dealer and more poison has been taken off our streets.