It is unfortunate that our investment in the hiring and training of police officers needs to end prematurely, but the public's trust and the integrity of the Hartford Police Department sometimes comes at a cost.

Monday saw the termination of Hector Robles from the Hartford Police Department. Robles was terminated after hearings into his conduct and possible larceny allegations were completed.

Police sources are also advising me that a third termination may be coming soon for an officer arrested on domestic violence charges.

After Campbell's termination, Chief Robert's commented “The Hartford Police Department will not tolerate the mistreatment of our citizens, especially those in our custody.”

On a positive note for HPD, next Friday will be the promotion ceremony for officers being promoted to the rank of Detective, Sergeant and Lieutenant. The ceremony will be held in the Aetna Auditorium on Farmington Avenue. More details to come on that soon.
Posted by KEVIN BROOKMAN at 2:30 PM 33 comments:

WHERE ARE HARTFORD'S NUMBERS?

The marketing slogan for Hartford, "New England's Rising Star" might be changed soon to "Hartford...We're not as bad as Bridgeport".

That might not apply to the Registrar of Voters Office though. As of 1:30 PM today the Secretary of the State's website still doesn't have Hartford's election result numbers posted.

I am getting numerous calls regarding the State Representative races, particularly the 6th District. I have to wonder why the 1st District, Matt Ritter's race, had the results from the Bloomfield portion of the district posted almost immediately, yet Hartford's have not been reported yet.

The 1st District is also where some of the biggest problems occurred on election day, including voters leaving polling places in disgust. Mark Twain School in particular, when they ran out of ballots. Fortunately both Mayor Segarra and Working Families Party Registrar Urania Petit, as well as myself,were all at Twain School to witness the chaos. They both worked quickly to try to rectify the problems.

But back to my original question. Where are the numbers? This does not instill confidence in the voters when numbers from what seems a fairly simple process aren't reported. How is it that suburban towns with much smaller staffs accomplish the task on time and Hartford and Bridgeport can't?
Posted by KEVIN BROOKMAN at 1:28 PM 15 comments:

ANOTHER TRAGIC NIGHT, A HORRIFIC HOMICIDE

Every homicide is tragic, some are easier to comprehend than others, but Hartford's latest raises so many questions.

Last night a 43 year old woman left her job at the McDonald's restaurant on Albany Avenue a little before 10:30PM. She headed toward the bus stop for the bus ride to the Southend and her home on Adelaide Street. She apparently noticed her ex-husband following her and he began to harass her as she walked. According to police sources the woman had a protective order against her ex-husband. From what I am told she called 911 and reported this to the police. Police were immediately dispatched according to the information I was given.

Unfortunately, even an immediate police response couldn't prevent what happened next. The victim was essentially calling in and reporting her own murder to a 911 dispatcher. Two other witnesses across the street on Albany Avenue also reported the attack to 911 but were helpless to stop Hartford's next homicide. The victim was apparently knocked to the ground by her ex-husband and stabbed at least eight times, ending her life.

As tragic as this homicide is, it points to the even greater problem of domestic violence victims who think they are being protected by a protective order. In this case the protective order wasn't worth the paper it was printed on. The domestic violence victim today is dead, most likely thinking the system was protecting her before she was attacked.

Domestic violence is a big problem in Hartford, as well as in just about every other town. Large urban areas as well as the smallest village are not immune, but there has to be a better way to protect victims besides issuing a worthless sheet of paper.

In this age of technology there has to be a way to protect those who are relying on "orders of protection". My first thought would be a system using GPS for both the potential victim and the potential offender. A victim could be warned when a potential threat from the offender enters an area of 500 or 1000 feet from their GPS location. I'm sure it would be cumbersome, but the system we have obviously isn't working.

Last nights homicide victim is only one in a growing number of domestic violence victims being "protected" by worthless orders of protection.

Her ex-husband, her attacker, was also later found dead after he hung himself behind the Woodland Street Post Office.
Posted by KEVIN BROOKMAN at 11:43 AM 4 comments:

HOW FAR WILL THE ROBLES FALLOUT EXTEND?

"Marie" posted a comment on the blog earlier today:

Does this mean that all other officers guilty of falsifying their time cards will also be terminated?? Time to lift up all the "other skirts" or drop the "other pants" with regard to abuse of City time. We may lose 1/4 to 1/3 of all muncipal employees!!!! Audit one, audit ALL!!

This raises a valid question.

Although Chief Roberts, as well as others, have stated that the Robles matter was an isolated incident, I think common sense will show it is not.

Sources have told me that it is most likely that several other Officer's potentially may have participated in the same activity that Robles has been accused of. To think that Hector Robles concocted a scheme to deceive the City of Hartford and that he was the only one smart enough to devise such a plan is naive.

The same sources have also advised me that of the other officers potentially involved, they rank from a Captain down through Lieutenants, Sergeants and Patrol officers. This potentially could be devastating to an already understaffed Department if other allegations are proven and result in additional terminations.

But "Marie" has it right. This needs to be investigated and let it lead wherever the facts go. The Robles investigation was labor intensive and took months to finally be finished, but that should not be a deciding factor in rooting out any other corruption or thefts. If Robles was an isolated incident, so be it. If others are involved and need to be exposed, so be it.

This could prove to be a tough period for the Hartford Police Department, but as Chief Roberts likes to say "Success is never final".
Posted by KEVIN BROOKMAN at 2:26 PM 7 comments:

Mayor Segarra's letters requested meetings with the various unions to discuss concessions that will also include insurance plan options and changes. Segarra stated that "we must all be part of the solution to bridge our current budget gap". Segarra also referred to Hartford's budget situation as "grim". The Mayor also states that "we once again have to contend with a significant budget deficit, this time one of $7.1 million".

This potentially could be a tough sell for Mayor Segarra after the way concessions were handled by the previous administration. Under former Mayor Perez, several bargaining units found it offensive that they were giving back concessions at the same time that Perez was giving other staffers, including his former Chief of Staff, tens of thousands of dollars in "ESI" bonuses. Several union members I spoke with felt that the bonuses were paid on their backs after they gave their concessions.

Although the concessions may be necessary, there still seems to be plenty of waste in Hartford spending. Areas that Mayor Segarra may want to look at seem pretty obvious and many have been posted here before.

Travel paid for by the city is still an issue. How do we ask city employees to give back while many inside City Hall are still travelling on the taxpayers dime? Take home city vehicles are still a big waste of city funds. A prime example can be seen in the Public Works Department.

After his arrest a few years ago, DPW Supervisor Gennaro Sepulveda had his drivers license suspended for DUI charges. At the time, Hartford's Human Resources Director stated that a drivers license and the need to drive was not necessary for Sepulveda to do his job. Even though a vehicle and license wasn't necessary for Sepulveda, he has once again been given a "take home" city vehicle. Sepulveda does not live in Hartford and commutes to the suburbs in his city vehicle every day.

Another example is one that several people have called complaining about. After Mayor Segarra appointed Sandy Kee-Borges as Corporation Counsel, a decision was made to move the Corporation Counsel's Office from the third floor of City Hall, to the second floor along side the Mayor's Office. The space is currently being renovated for the move. On this one I tend to side with the callers. It is money being spent for renovations that doesn't need to be spent. No dollar amount estimate is available for the renovations at this time.

In this time of electronic communications. it seems to be a waste of time and money. It might be a "nice thing" to have the Mayor and Corporation Counsel close by, the way it used to be, but we can hardly afford frivolous renovations while we may once again be talking about laying employees off.

The millions of dollars being spent on ridiculous appeals needs to also end. Some of them have been outlined here such as the Murtha case, the Secore case, FOI appeals, the Nolan case, and that's only the beginning. In all of these cases, except Nolan, either the Labor Board or Superior Court Judges have already ruled against the City, yet we continue to appeal. And I am pretty confident that the Labor Board decision in the Nolan case will not be favorable to Hartford. In fact, the evidence presented during the hearings for Nolan will most likely open the door for even more losses for Hartford if they refuse to use common sense.

The Union's are only a small part of the solution, leadership at City Hall needs to close the checkbook and control spending except for essential purchases.
Posted by KEVIN BROOKMAN at 1:32 PM 11 comments:

ROBLES TERMINATED FROM HARTFORD POLICE DUE TO I.A.D. PROBE 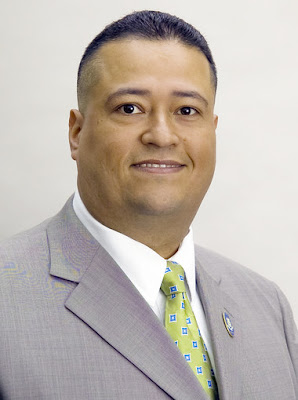 As of noontime today, Hector Robles was terminated as a Police Officer for the City of Hartford by Chief Daryl Roberts.

Several sources have confirmed that the action took place today as a result of the Internal Affairs investigation and subsequent hearings held over the last two months.

Robles was seen leaving the Jennings Road station minus his badge and firearm after the termination took place.

Robles is still on the ballot for re-election tomorrow as the State Representative for the 6th District.Robles's re-election is most likely going to happen tomorrow, the question is whether the the leadership in the Connecticut legislature will step up and take action on Robles's future at the Capitol.

This is only the beginning of what may prove to be a difficult road for Hector Robles. In addition to his termination , sources have told me that the Office of the Chief State's Attorney is also aggressively investigating the matter that led to Robles's termination and his eventual arrest is likely.

The HPD press release is below:

Officer Hector Robles was found to be in violation of the following articles of the Hartford Police Department’s Code of Conduct by the assigned Hearing Officer: