WHY CAN EVERYONE SEE THE CHIEF'S PROBLEMS EXCEPT THE CHIEF?

Click here to read some of Tom Condon's thought's on the Hartford Fire Department's problems from the pages of the Hartford Courant
http://www.courant.com/opinion/editorials/hc-ed-hartford-fire-follies-20150213-story.html
Posted by KEVIN BROOKMAN at 10:02 PM 87 comments: 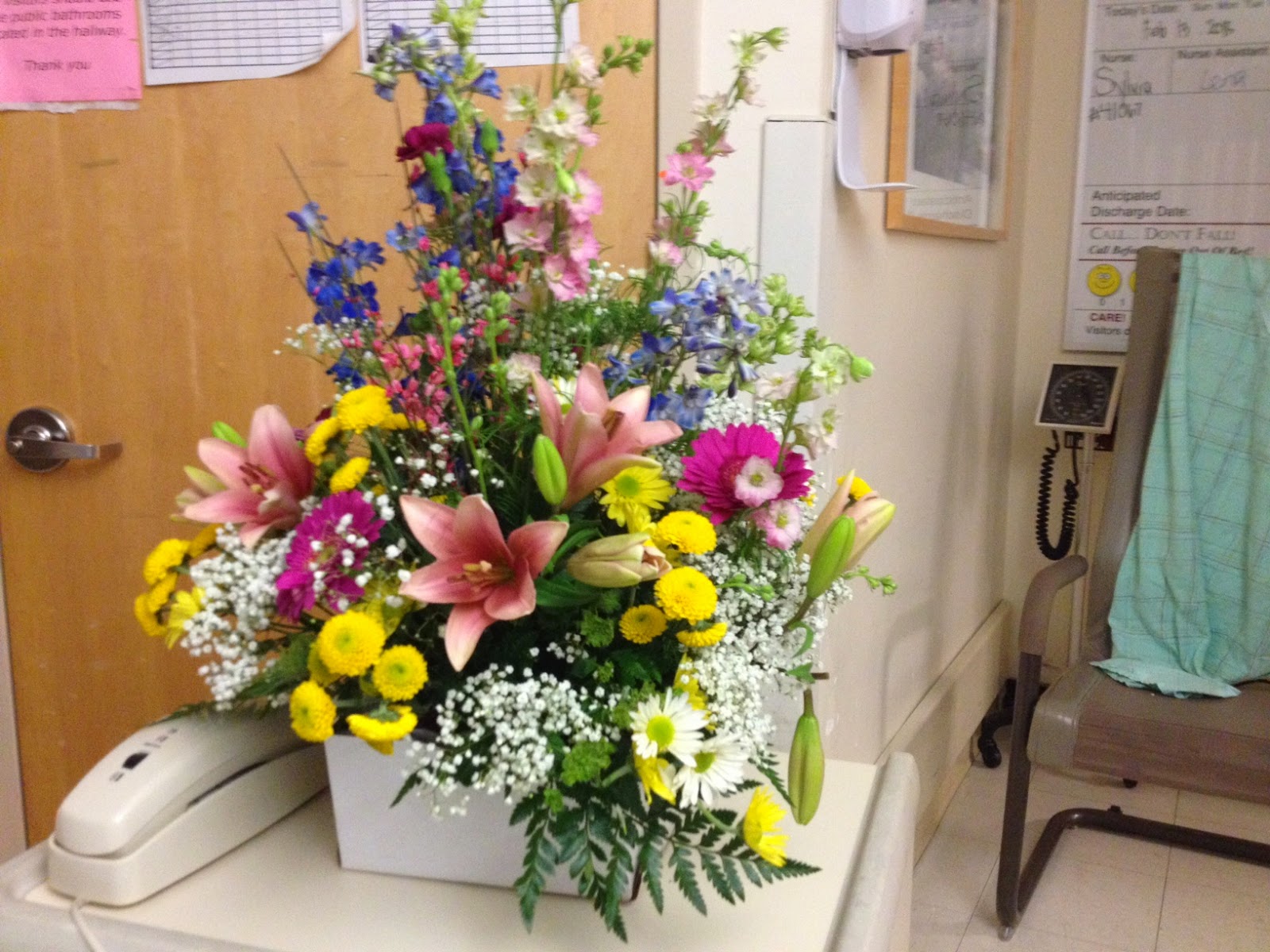 It is somewhat sad that we have a tendency to paint people in crisis or trouble with a very wide brush. As an example,let me ask what is your impression  of the Hartford Fire Department as you read this? Is it one of drug use and drunk driving and discipline problems. Everything you have read recently about a very few problems in the department, because of media and blog coverage. Actually blogs are really "media" , so I'm being redundant.

Read the stories, and move on. Hopefully the administration will address the situation and begin doing what we as taxpayers have paid them to do....manage the Hartford Fire Department. In the meantime, keep confidence in the men and women of the HFD. When you call the number for help, there is no one other than the men and women of HFD and HPD that you want showing up on your doorstep.

I can attest to this first hand. On Wednesday night I was the victim of a stroke while driving South on I-91from Enfield to Hartford. Yes your read that right, a stroke while driving on 91. And with the assistance of Hartford's great first responders, I am able in my hospital bed at Saint Francis to write this and with the assistance of a great friend, accustomed to thinking quick on his feet, I am able to be here to write this.

My good friend Len Besthoff from NBC Connecticut, on  many days jokes that he seems to talk to me almost as much as he talks to his wife Lindsay. That might be true depending on the story and what we are collaborating on. I know Lindsay does win out though. This past Wednesday was one of those days. Late in the day, Len said he would call me back after the 6PM newscast on his way home once he could get in the car and talk.

He did call back and apparently, immediately realized that something was wrong. I was in the middle of a stroke. My speech was slurred and I guess I wasn't making a lot of sense and yes I know many of you are probably saying "what's new?"

I was almost home and got into my driveway. I have trained Len as one of the best investigative reporters in the area, and he quickly assessed the situation and reacted. (sorry Len, I do need to maintain my humor)

He quickly began making calls trying to get help headed to me. There are quite a few people to thank, and I probably have a couple like the old Dragnet shows... the names have been changed to protect the innocent...but here goes.

Len has a phone full of cops...Hartford Cops. The best way to locate someone is through HPD and that's what he did. First up was Sergeant Sean Spell. If you want to know what's moving in Hartford or where someone is in Hartford....dial Spell.  Lt Rob Allan also got involved from his home to pinpoint my address, it is not an easy location to find. Officer Zweibelson was delivering info by cellphone to responding officers to get to me. The Hartford Fire Department was dispatched as the EMS First Responders. If everything was as usual it was Engine 5, but I don't know that for a fact yet.

More first responders, plenty of red and blue lights. An ambulance arrived and I was quickly ushered into the back. Len offered to drive me the couple blocks to Saint Francis. The EMT's quickly put an end to that thought and said they would transport , due to  the seriousness of the condition. I guess that was why they were there. Apparently you don't usually realize how serious a stroke is when it is happening to you. Leave it to the professionals.

A special thank you to Chief Rovella and other  officers who assisted.

We were only a few blocks from the ER so the quick was trip. I was surprised though that I required lights and siren and I think that might have been the point I realized the seriousness of the situation. The more questions I was asked at the ER, it seemed like the worse my condition got. Luckily Len seemed to get what I was saying and was able to act as my interpreter. I do have to say, whether in the in ER on on my floor ,8th, the staff was very helpful and accommodating.

I hate that MRI though, with technology, there has to be a better way to do that

To all the First responders, including HFD, HPD and AMR ThankYou. To all those that are hearing the rumor I am dead, I am not. It had been suggested that I end the blog to alleviate stress, I think the blog is my stress reliever and I look forward to the positive things it can do.

If nothing else , please try to remember the silent killer that affects out communities. Learn the signs and remember that fast care is the key to survival with the least damage. Remember to resect and thank the vast number of professionals that serve us everyday as residents of Hartford.

DOES INTEGRITY MATTER AND FOR HOW LONG?

The comment below was emailed earlier claiming to be from another Mayoral candidate. I don't trust that the name used was legit so I am not posting the name though. I do want to hear your thoughts though. One of the things that concerned me about the Touch of Class posting was the age of the offense. But the more I thought about it and the more I spoke to other people, I was convinced that integrity and character matter for a person today, yesterday and yes , even from 1989. And at the very least, don't we have the right to know what type of person we elect and don't they have an obligation to address our concerns.

Here is the comment posted earlier, minus the posters name as they claimed.

1989? really? You're that desperate that you'll stoop to this?

My campaign doesn't care about what the Mayor might've done in 1989, and quite honestly I don't think the residents of Hartford do either.

I think it is an attempt to deflect attention away from Pedro Segarra, Let me know what you think.

Someone that is willing to ignore oaths they take as an attorney or a prosecutor in 1989 will most likely do the same today . The truth is the same in 1950 , 1989 or today.

I'll go back to a Mark Twain quote Segarra seems to be fond of "If you always tell the truth, you never have to remember the lies". So let's see if he remembers the truth.

And I think whoever wrote that comment, I think you are drastically underestimating the people of Hartford. We do care about the truth no matter its age.

DOES INTEGRITY MATTER? A TOUCH OF CLASS ESCORT SERVICE 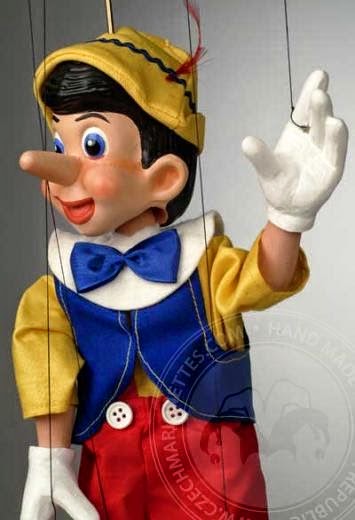 Does integrity matter in politics? Clearly not to our elected officials. Ernie Newton, John Rowland and the list goes on of elected officials who appear to have no conscience and feel they are above the law. You apparently may be able to add another one to the list , Hartford Mayor Pedro Segarra.

Several months ago I was given documents from a source that appeared to indicate that Segarra may have been a client of the Touch of Class Escort Service in 1989. The documents were verified as evidence being held in the West Hartford Police Department's evidence room. The book contained  approximately 450 pages of client names for the Touch of Class, including the dates when they hired prostitutes, the town in which the hotel or location they took the prostitute to conduct their business as well and how long they "occupied" the prostitute and what they paid for the "professional" services
For more info on the Touch of Class , click the link to read more from A Courant story.


One of the questions that arose after the investigation was the fate of the client ledger listing all of the Touch of Class clients names. Well the answer to that is that the ledger is safe and secure inside the West Hartford Police Department. It does make for some interesting of the "who's who" of prostitute users in the greater Hartford area. There were educators, high school sport coaches a judge and even apparently the name of a state prosecutor  who appears to have gone on to be the Mayor of Hartford.In the document below, obtained from evidence at the West Hartford Police,   it lists  on line 31 a Pedro Segarra as a client on September 21, 1989 and hiring a prostitute for 1 hour at $150.00 per hour and taking him (or her) to a rendezvous point in Cromwell.


According to the Greater Hartford phonebook for 1989 , it only has one listing for Attorney Pedro Segarra at 1224 Prospect Ave. Hartford

I had held off on using this for several reasons. The number one reason was I wasn't sure people would pay attention to the info. But the more I talk to people in Hartford, the more I was hearing that people felt Mayor Segarra was not trustworthy. It had nothing to do with prostitutes but more with the lies and untruths related to the Stadium deal. When I would ask people if a Mayor allegedly soliciting prostitutes would affect their vote, almost every one said yes. And even more so when I asked if that person was a prosecutor entrusted with enforcing those laws. Enforce the laws by day, go out breaking them at night. The final straw in my decision was a radio interview with one of Segarra's challenger's. Luke Bronin was on the Chaz and AJ radio show last week and he was kind of ambushed with a question..."have you ever smoked marijuana?". Bronin answered quickly and honestly "yes". No hemming and hawing, no mistruths or deflections, just an honest answer without taking time to think about the consequences. Isn't that what we should expect from our elected leaders. I am not sure I could really believe someone Bronin's age if they answered no they never had. Who from that era hasn't?Wouldn't it be refreshing to know that we could trust what they tell us and not be skeptical of everything they say. So let's try the Chaz and Aj Style. Mayor Segarra, have you ever solicited or hired escorts from the Touch of Class or been involved in prostitution ?

Let's see what the answer will be
Posted by KEVIN BROOKMAN at 3:11 PM 31 comments:

I guess you can call it truth in advertising. The t-shirt below has the client list printed on it along with the Touch of Class Escort Service. The list , with one line highlighted in red, lists a "Pedro Segarra" as a client of the prostitution service that has since been busted and shut down. I will post an update when and where these shirts can be obtained when that info is available.


Be the first in your neighborhood or at your local community meeting to wear the latest fashion apparel. 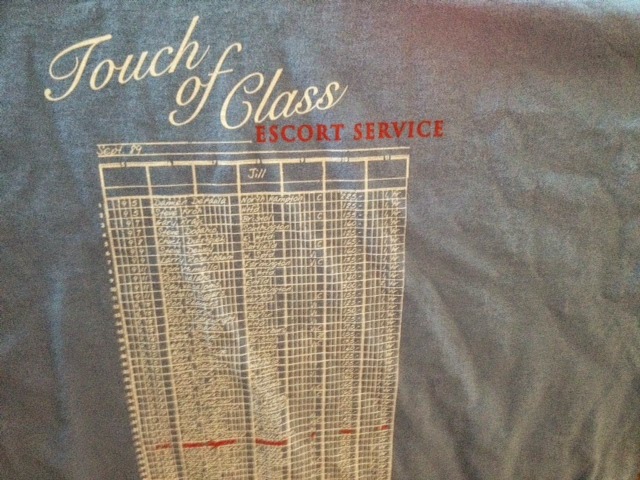