AN INCREDIBLE NIGHT IN HARTFORD....ALL IN THE NAME OF SCIENCE 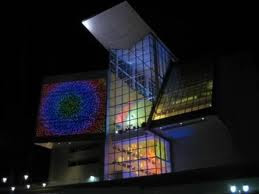 Sometimes we don't realize what we have in our midst, even though we drive by it a few times a day. I'm talking about the amazing facility called the Connecticut Science Center.

Tonight they held their "Green Gala" fundraiser, and it was great. The center itself is a great venue. Add to that a few hundred donors making their programs possible, food stations with everything from sushi to sliced Angus beef sliders and appletinis with dry ice added for a smoking effect( it is science , you know)and that is only the start. Performance actors dressed as birch trees, ( I know, you had to be there to appreciate it), but just imagine a large tree motioning and welcoming you into the venue and then you realize there is a human behind the outfit.

Other artists performed, reminiscent of the famous group "Stomp" except all of their music was performed on recycled buckets and construction cones. Again, you had to be there, but it had everyone in the hall gyrating to the bass and the rhythm and the sound was great. 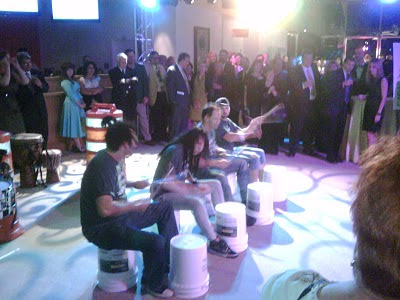 
The DJ was also incredible. DJ Kered had the crowd moving all night, young and umm, not so young, packed the main concourse to dance to the beat. And if the night wasn't interesting enough, me dancing with Hartford Council President rJo Winch had to mean the planets were in alignment or something, or maybe it was a full moon. If that wasn't enough, dancing with Hartford's Mayor Pedro Segarra to Lady Gaga was worth the price of admission in itself. 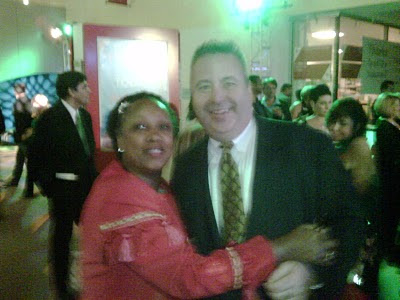 Council President rJo Winch and myself dancing, I know ,the pic is a collectors item 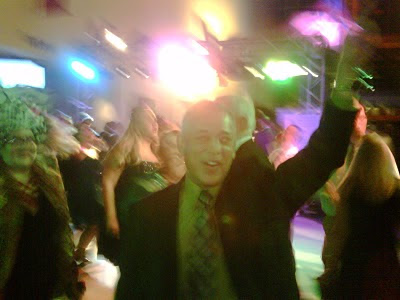 The whole night just highlighted everything that is possible for Hartford if we come together and accentuate the positive. Many of the people weren't from Hartford, but the fact that they were willing to donate to one of Hartford's gems and spend the night downtown says something positive.

A presentation by the Connecticut Science Center's CEO and President Matt Fleury welcomed everyone to the event, but a couple of key numbers also caught my attention. Since the Center opened, over 500,000 visitors have come through the doors. I would gamble and say that is probably the highest drawing attraction in Hartford.

A second great number given by Fleury is that over 10,000 Hartford school students have visited the Center free of charge due to corporate donations.

I only wish it was possible for tonight's event to be open to everyone from Hartford. After all that we have been through and the negatives we have faced, it is great to see something positive in our midst. If nothing else we do have some great dancers from Hartford hitting the dance floor, Mayor Pedro Segarra, WFSB's Mark Dixon and Irene O'Connor, Southend leader Hyacinth Yennie, Hartford Council President rJo Winch and former Democratic Town Chair Sean Arena were just a few strutting their stuff and seemingly having a great time in our great city. 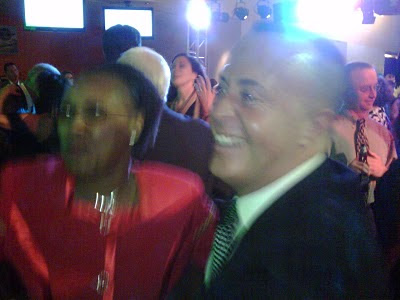 It may just be a coincidence, but there seems to be a lot of positive energy happening in the last couple months and positive signs of more to come.

Maybe Hartford's motto is true "After the clouds, the sun", and maybe a good time along the way.
Posted by KEVIN BROOKMAN at 11:46 PM 10 comments:

The Maple Avenue Revitalization Group (MARG) will meet tonight, October 14th, at 6:00PM in the basement of St. Augustine Church at 10 Campfield Avenue.