WHERE IS DEIDRE GRAY'S "SECOND CHANCE"?


You are probably asking yourself "who is Deidre Gray?". The answer to that is simple. Diedre Gray is the young, 32 year old mother who, as recently as yesterday was enjoying life in the company of her 12 year old son.

That life came to an abrupt and violent end last night a little before 8:00PM. Today, Diedre Gray is in a refrigerated drawer at the Office of the Chief Medical Examiners Office in Farmington after her autopsy, her son is recovering from his injuries after he was released from CCMC.

Dierdre Gray was killed last night by one of the stellar recipients of Connecticut's "Second Chance" society, Patrick Milner, 24 of Hartford.

Milner was driving recklessly in his car, possibly high on heroin or other drugs with stolen guns in his possession at a high rate of speed on Westland Street. He struck Gray's vehicle and killed her in his reckless state and injured her son. The physical injuries to Deidre's son will hopefully heal quickly, the emotional scars of watching his mother die probably never will.

All of this act was perpetrated by a thug who should not be on our streets. Patrick Milner, who was no stranger to HPD had already been arrested on 10/30/2016 for carrying a pistol without a permit and later in 2016 on drug charges. Connecticut's liberal courts gave him a slap on the wrist and put him back on the streets with his "second chance"  to go out and make the world a better place.

People make mistakes and some people actually do deserve a chance to get on the right path after their mistakes. Patrick Milner is not one of them. Especially when you consider that the charges that he faces from last night, minus the vehicular homicide charges which haven't been lodged yet, are almost identical to the original charges from his first arrest which labeled him a convicted felon.

Some people can be rehabilitated, others can not. Patrick Milner appears to be one of the "can not's"

Instead of closing Prisons and claiming that crime is down because of the "second chance" smoke screen, we need to face the fact that some people just should not be on our streets.

Will any of the second chance "supporters" have the nerve to show up at the wake and funeral of Deidre Gray and express their condolences. Will Mike Lawlor or Dan Malloy admit that not everyone can be rehabilitated, or is the carnage on our streets part of the program we just have to accept?

Patrick Milner got his "second chance" and wasted it. How does Deirdre Gray and her family get their second chance?
Posted by KEVIN BROOKMAN at 4:59 PM 32 comments: 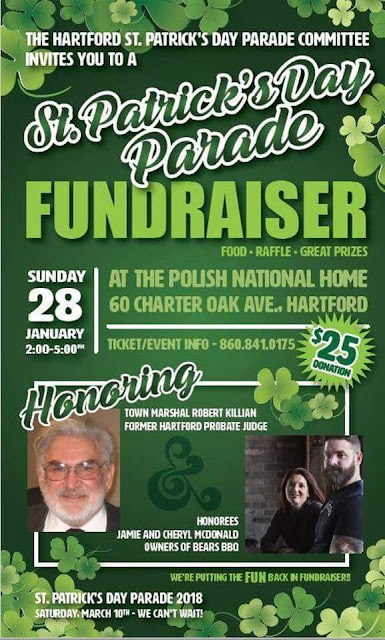 Posted by KEVIN BROOKMAN at 5:15 PM No comments: