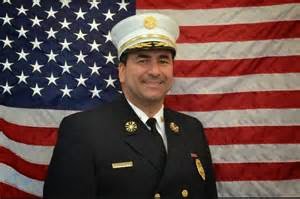 Hartford's version of Patton? Hardly
On December 31 I called for Chief Huertas to resign. Nothing has changed since then, and the embarrassment to the City of Hartford continues.

Now the Hartford Courant has weighed in on the controversy calling for Chief Huertas to be removed, You can read their editorial here.

You can read my original posting here

It was an interesting comment yesterday regarding Huertas's management style that he doesn't communicate, he gives orders. Maybe that is a big part of the problem there. A little more comunication at HFD might help.
Posted by KEVIN BROOKMAN at 5:47 PM 69 comments:

The Hartford City Council got a very expensive lesson in democracy today at the hands of  Superior Court  Judge Constance Epstein. I say expensive because the only ones who have benefited from the legal battle over removing Hartford's Registrars are the attorneys. Probably upwards of $300,000  has already been spent and the battle isn't over.

The price tag will continue to rise as a result of the dangerous path this incompetent Council has taken us down. Will the Registrars now file legal suits for irreparable harm done to their professional reputations by Wooden and the Council's actions. Imagine what that pricetag could be

I have been pretty vocal , even here on the blog that I thought the process of removing an elected official duly chosen by the voters was a dangerous proposition. Further more it seemed improper to me that the same body that determined the charges was then going o sit in judgement of the alleged offenders and  if they determined guilt they would then determine the punishment. The term Judge , Jury and Executioner comes to mind. And I have never spent a day in law school, unlike several of our Councilpeople , as well as their buddies they brought in as "experts" to advise them at significant expense to Hartford's taxpayers.

Why would the Council ever think it was advisable to take the advice of the author of Hartford's Charter to now interpret it and naturally claim he was correct when it was presented to the voters of Hartford years ago . Did they really think he would say "I was wrong, the Charter is flawed" Come on, he's a lawyer.

Luckily, in the initial evaluation, Judge Epstein got it right. Apparently she didn't get her law degree from Walmart like the rest of them.

I was amazed last month when I asked Council President Wooden if there was any estimate of what the Registrar's impeachment could potentially cost. Had anyone thought about the impact before they embarked on their actions. His answer was a quick "NO". Is that responsible stewardship of the taxpayers dollars? I would say not.
Posted by KEVIN BROOKMAN at 6:55 PM 20 comments:

WHO IS THE ZACCO GROUP?

Apparently there was a brush up last night between Councilman DeJesus and an indignant Council President Shawn Wooden. The incident arose over a question Dejesus raised on agenda item 3, a resolution to give a City owned building on Broad Street to the Zacco Group for $1.00. Yes you read that right,  one dollar. The issue arose when Dejesus questioned who the Zacco Group is and why we are giving them a property for $1.00. Apparently the Council President felt that Councilman Dejesus had no reason to question his vote . We all know that this Council under Wooden is supposed to blindly follow and rubber stamp the Segarra agenda.

There is still no answer as to who the Zacco Group is and why Segarra feels obligated to give them the Broad Street property for almost nothing The lot is too small for a baseball stadium so who knows.

Congratulations to Councilman Dejesus for attempting to protect the interests of the voters who put him there. Shame on Council President Wooden for being a roadblock to the Democratic process.
Posted by KEVIN BROOKMAN at 6:25 PM 29 comments:

Take a look at the mandatory filings that were required to be submitted by Friday for Mayoral candidates. One look will tell you why Hartford is the financial mess that it is.

The long shot candidate, Working Family Party Councilman Joel Cruz claims that he has raised
$4800.00 so far, of which he has spent all but $150.00. He also claims expenses in excess of $9800.00 It kind of sounds like the way the Hartford City Budget is run, where expenses far exceed income.

Good job Councilman Cruz, keep it up and I am sure there will be a spot waiting for you on Hartford's Management and Budget Committee

Here is a link to Steve Goode's story in the Courant.

The itemized filings from each candidate will be posted here later in the week and you will be able to see for yourself where the support is coming from
Posted by KEVIN BROOKMAN at 6:39 PM 23 comments:

A LEADER AND A FOLLOWER 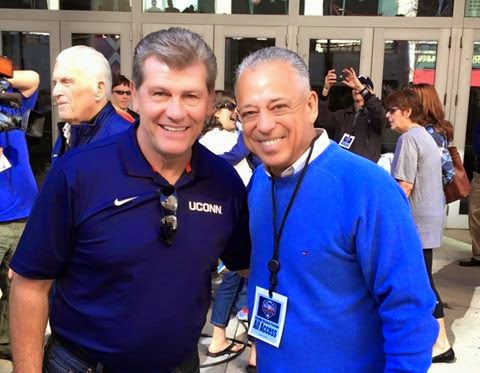