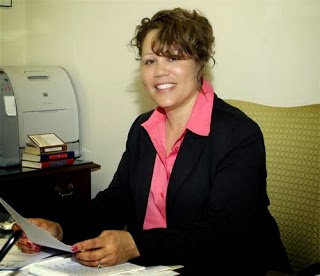 It just never ends. According to City Hall sources and at least one Councilperson familiar with the situation, a deal is in the works to buy off Hartford's three registrar's to avoid impeachment hearings. The deal to accept the $50,000 payment apparently is being offered until 4:00PM today. Apparently, according to the sources, at least one of the Registrars has accepted the deal

It is unclear why the Council majority is taking the steps for the buy out. It would seem that if the Council felt that they had the probable cause to begin the process, following through with the hearings should not be a problem. Apparently though, the Constitutionality of removing elected is now before a Superior Court Judge and the council is now less confident of their position. This is after the process has potentially cost the taxpayers of Hartford upwards  of $100,000for attorneys fee

Only in Hartford. I guess we are just lucky we have this extra  money to squander.
Posted by KEVIN BROOKMAN at 9:59 AM 14 comments:


Parade Kicks Off at 3PM, Followed by Rally at the XL Center

(HARTFORD, CT) – Governor Dannel P. Malloy today announced that the Hartford Business Improvement District, the City of Hartford and the State of Connecticut will host a victory parade and rally in downtown Hartford on Sunday, April 12, 2015 to congratulate the UConn Women’s Basketball team for winning the 2015 NCAA Basketball National Championship.

The parade begins at 3:00 p.m. at the State Capitol building and will be followed by a victory rally on Trumbull Street, directly in front of the XL Center at approximately 3:30 p.m.

Parade and rally organizers are relying on private donations to finance the festivities.

“The UConn Women’s Basketball team, led by Head Coach Geno Auriemma, has for the third year in a row shown the nation that the spirit and strength of college basketball resides in Connecticut,” Governor Malloy said.  “On Sunday, let’s show the team how proud we are of their success by honoring them with a victory celebration they will remember for a lifetime.”

The Governor specifically thanked the Hartford Business Improvement District for once again hosting this event, organizing its sponsors, and giving the residents of Connecticut an opportunity to celebrate another national championship from our state.

Organizers continue to rely on private funds to support the parade and the rally.  This event is produced by the Hartford Business Improvement District, in collaboration with the City of Hartford and the State of Connecticut, and a number of civic and business organizations.  Businesses may choose from several sponsorship levels ranging from $10,000 to $2,500 or less.  To discuss parade sponsorship opportunities, quickly contact Michael Zaleski at the Hartford Business Improvement District at 860-728-2274 or email mzaleski@hartfordbid.com.

The parade route will begin at the State Capitol building on the corner of Trinity Street and Elm Street.  It will then proceed down Elm Street moving alongside Bushnell Park, turn north up Trumbull Street, and end at the XL Center, where the rally will be held.

Media credentials will be required to access the press risers (including mult box) on Trumbull Street across from the XL Center, and to enter the XL Center for interviews with the coaches, players and staff following the rally.

All requests for media credentials must be made via email by Friday, April 10 by 5:00 p.m.  To request credentials, email Patrick McKenna of the UConn Athletic Communications Office at patrick.mckenna@uconn.edu.

For information on media staging on downtown city streets, contact Lt. Chris Mefferd of the Hartford Police at meffc001@hartford.gov.

CITY AND HFD FINED FOR SERIOUS VIOLATIONS IN FIREFIGHTER DEATH

Note that the letter is addressed directly to Mayor Pedro Segarra as the responsible party.