HAVE A SAY IN HOW YOUR MONEY IS SQUANDERED

Legal Notice - Public Hearing for the Proposed Budget for the Fiscal Year Beginnig July 1 2017  on Scribd
Posted by KEVIN BROOKMAN at 6:06 PM No comments:

According to sources at City Hall,  Tanner has been removed as Hartford's Deputy Director of Public Works because he wasn't up to the job. But as is usual with the City of Hartford,  Tanner's incompetence has been rewarded by burying him in another City Department while he still  collects his large City salary.

Tanner can now be located within Hartford's Economic Development Department, where his wife is the Deputy Director.

You might ask why DavidTanner was given the City Hall shuffle rather than being shown the door if he wasn't cutting the job. Especially in a City where we lay off DPW low paid employees but then keep the $90,000 plus a year employee who has collected a salary for over a year while not being up to the job. The answer is simple.

David Tanner was (or is)  a POS. Not in the usual way you might be thinking of POS , but more appropriately a POS as in Pal Of Sara. Tanner and his wife both came in to the Bronin Administration because of their friendship with Luke and Sara Bronin before the election and that has apparently resulted in his survival on the City of Hartford payroll.

According to City Hall sources, Tanner is now handling some "clean up issues" related to the Dunkin Donuts Park completion. Dunkin Donuts Park was never under the control of DPW  and it is unclear why the so called Deputy Director of DPW would now be overseeing anything involved with the project. It is also unclear as to why, if there is any involvement in the Park by DPW.

More questions than answers right now. I guess sometimes it pays to be a POS.(that means Pal of Sara, as explained in the above posting)
Posted by KEVIN BROOKMAN at 11:58 AM 21 comments:

IT IS TIME FOR GAMBLERS ANONYMOUS FOR LUKE 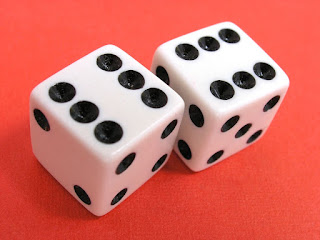 Well, Mayor Bronins 2017-2018 budget has been released. It is far from a done deal and will most likely be tweaked over the next several weeks as the Hartford City Council begins their work before submitting a final budget, probably tweaked to add more special favors and garner political support, rather than tough decisions to bring financial sustainability to Hartford.

But one thing is clear in the budget, Bronin has no trouble gambling with Hartford's future. Whether it is borrowing $20 million plus for "short-term" budget gap closing measures or failing to show any vision or leadership with budget cuts, Bronin's budget is short on vision and leadership for Hartford's sustainability.

The casino or Power Ball both have about as much chance of hitting it big as does Bronin's hopes of a huge windfall from the State of Connecticut next year. Much of that hope is based on revenue from the Hospital Tax being contemplated by the Legislature. I would go with the Power Ball option Luke, the odds of hitting that are probably better than the Hospital Tax passing.

But what the heck, lets borrow $20 million hoping it can be paid back. Bankruptcy is always an option for Hartford, so why not roll the dice.

I again have to ask, what is the plan and where is the vision? An $11 million dollar budget increase is reckless, especially when we keep hearing the threat of Bankruptcy. And the continued excuses really are wearing thin. It is time for tough decisions and that needs to be done now. It may not further the Bronin's political aspirations , but  Bronin wasn't elected because of where he hopes to be on the political ladder 10 years from now. He was elected to run the City of Hartford today and for the next two and a half years and some of those tough decisions he needs to make won't make him politically popular.

How does New Britain do it? Maybe Mayor Stewart would be willing to give some mentoring lessons to Luke

Really, $250,000 for heated bus stops and laptops in the libraries? Are we serious about positioning Hartford for the future or are we all about the feel good now? Can you hear our suburban neighbors doubled over in laughter. We can't even pay our sewer bills, but now heated bus stops? Are  the manicurists providing services at the bus stops going to be City employees or independent contractors? Just asking because I can see it coming. And will the bus stops have cable TV and internet ? I think many people using mass transit in Hartford would just be happy with a bus stop, period, heated or not.

Heated bus stops at the same time we lay off lifeguards at the City pools and contemplate cutting over $200,000 from senior Centers and programs for our senior citizens? Really Luke?

And just another quick observation, if the Citizen budgeting is supposed to encourage participation, then why in a City of over 120,000 residents did less than 1% participate. Apparently about 1,200 people actually turned out to cast a vote. But at least they could feel good when they did vote.

Those tough decisions are part of the strings attached to the $50 million pledge made by Hartford's Corporate leaders. One of the strings were that the money need to be accompanied by a Viable plan for sustainability for the future of Hartford. Increasing the budget by $11 million while revenue and taxes are pretty much flat and hopes of additional State funding are a long shot at best and the Union concessions we keep banking on don't seem to be coming through. These are not viable plans for sustainability.

There is still an awful lot of fat at City Hall, even though we keep hearing about the "bare bones". When is someone finally going to have the guts to cut the number of City Council assistants? That is not directly under the Mayor's control, but it would be a good spot to start. How effective is the Office of Corporation Counsel, and do we still need all those attorneys if just about everything legal is already contracted out to other outside law firms? The use of City cars is still an issue, especially with the number of SUV's in use as opposed to economy and energy efficient vehicles. And the City regulation that the cars only be used for City business seems to be about as much a waste as the paper to print the regulations.

There also needs to be better supervision to ensure that every dollar we are spending, especially overtime, is being used effectively. That includes people that are paid double time on holidays like Good Friday and then hide in a substation all day watching cable TV and drinking espresso, while their supervisors watch.

Now is the time for effective leadership, not gambling with Hartford's future.
Posted by KEVIN BROOKMAN at 11:36 AM 5 comments: