If people are committing fraud and essentially stealing from the taxpayers of Hartford , they need to be exposed. But in true Hartford fashion, many times we need to peel back the layers of the onion and figure out what the real intent is.

Recently the Hartford Schools terminated their  Director of Financial Management Joanna Laiscell after a prolonged suspension. The allegations against Laiscell, according to a termination letter  sent by Hartford Superintendent of Schools Leslie Torres-Rodriguez The charges included fraudulently maintaining her ex husband on the Hartford Schools Health Insurance plan, you can read that letter below.

One of the more troubling aspects mentioned in the termination is the issue of the "320 dependents" that may be removed from the insurance plan as a result of the Audit.

If there are actually 320 people being insured by the Hartford Schools for health insurance they may not be entitled to, then why is Joanna Laiscell apparently the only target of the investigation. Why aren't the others being pursued or was it just an effort to remove Laiscell, for whatever reason the Superintendent wanted.

The audit report from the Forensic Auditors report seems not to mention anyone else other than Laiscell and the directive from the beginning seemed to only want to  focus on Laiscell. Why? Is the money for the other 320 not important enough to look at?

If Laiscell was wrong, fine, she deserves whatever she gets, but can we really ignore any other potential wrongdoing? In the report below, it is clearly stated that their charge was "specific to Joanna Laiscell" and no one else was even looked at out of the 320 other alleged incidents.

MOVIES UNDER THE STARS TONIGHT AT ELIZABETH PARK 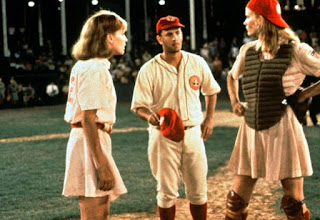 Movies UNDER Moonlight (Sponsored by WECA) WECA is sponsoring three (3) free movie nights. ALL on Thursdays East Lawn of ElizabethPark: A League of their Own(1992) Comedy, based on true story August 16th, Thursday The movie fictionalizes accounts of the WWII era All-American Girls Professional Baseball League (AAGPBL). The AAGPBL broke ground for women's sports. Come cheer on the Peaches!! " It's supposed to be hard. If it wasn't hard, everyone would do it. The hard... is what makes it great." - Jimmy Dugan, fictional manager of the Peaches. " Baseball is what gets inside you. It's what lights you up, you can't deny that." - Jimmy Dugan. "There's no crying! THERE'S NO CRYING IN BASEBALL!" - Jimmy Dugan Starring: Tom Hanks, Geena Davis, Lori Petty, Madonna, Megan Cavanagh, Janet Jones, Tea Leoni, Rosie O'Donnell, David Strathairn, Justin Scheller, Director: Penny Marshall.
Posted by KEVIN BROOKMAN at 11:44 AM No comments:

Thank you to the staff and City Clerk John Bazzano for composing this information, now if the City only had  a decent website for people to easily view the information.

Council's Actions Meeting August 13, 2018 by kevinhfd on Scribd
Posted by KEVIN BROOKMAN at 11:26 AM No comments:

Say what you want about Bridgeport Mayor Joe Ganim. I know many of you would not or could not get over the idea of voting for a convicted felon. What we should have been thinking about is  who had the leadership qualities to run our State.

Joe Ganim showed those leadership qualities tonight in one of the most gracious concession speeches I have ever seen. Rather than go negative, Ganim seemed to do a great job of urging Democrats to unite behind the parties nominee, even though the nominee refused to commit to supporting Ganim if he had won.

We could use someone like Joe Ganim to unify and lead our City.
Posted by KEVIN BROOKMAN at 9:32 PM 5 comments:

Today we discuss the recent incident of Sgt. Barone and we interview Gannon Long, the challenging candidate for the 3rd Assembly District
Posted by KEVIN BROOKMAN at 9:43 AM No comments:

HPD OFFICER TARGETED FOR " BEING WHITE"

A Hartford Police Officer , sitting in his cruiser at a traffic post at an Asylum Hill road closure, was attacked last night. The suspect, identified as , Devon Adams-Almstad, 7/24/98, 915 Asylum Ave. Hartford, CT
threw the brick through the drivers side window of the marked cruiser, showering the officer with broken glass. The Hartford Officer sustained minor cuts from the incident.
After his capture, the suspect stated to Police " he hates cops and was targeting a white cop due to the recent events in the news"

Brick Unusual by Kevin Brookman on Scribd
Posted by KEVIN BROOKMAN at 7:34 AM 5 comments:

What would you do under this situation?

These are not actors on a reality show. this is real life video