I BET NO ONE SAW THIS COMING

According to sources within the Hartford Fire Department, Firefighter Douglas Caldwell is no longer an employee of the HFD.

According to the sources and media accounts, Caldwell was given a final chance at success as a firefighter after several alcohol related incidents while acting as a firefighter. After a recent stint in rehab, Caldwell apparently agreed to sign a letter of resignation that could be used anytime over the next two years if any more incidents occurred. That letter was apparently used today.

No official comment or details are available from HFD at this time.

This comes on the heels of the latest firefighter who was deemed unfit for duty  at Engine 9 on New Britian Avenue after he apparently showed up late for work yesterday, drunk.

This is hopefully not a trend at HFD  and it is something the Administration needs to get under control and address quickly. This is something the taxpayers of Hartford can not afford, the training costs and maintaining a firefighter are by no means inexpensive , not to mention what are the root causes  of the drinking problems.
Posted by KEVIN BROOKMAN at 10:21 PM 18 comments:

Is it something in a name? Toronto's Mayor isn't the only one. I am still gathering the documents on the claims of racism by a Hartford Deputy  Police Chief , but apparently the plot is thickening and is widening outside of HPD. Stay tuned for this one.

And what Hartford Labor Unions are under scrutiny for questionable use of funds and missing money. The answer might surprise you. The documents will be forthcoming on that soon also

Keep reading "We The People Hartford" for the interesting answers
Posted by KEVIN BROOKMAN at 9:37 PM 3 comments:

SOMETHINJG STINKS IN MAYOR SEGARRA'S OFFICE...AND IT IS NOT BAD CAVIAR 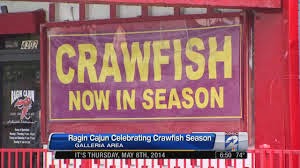 McEnroe:  "WOODEN... is now moving backward like a crawfish on crack"
Anyone that has been paying attention knows the Rock Cats deal stinks, but as we continue to peel back more layer's of the onion, it is becoming much clearer how bad the deal is and more questions are being raised.

Last week I posted about the "unspecified"  account that a City Hall source found in Munis. Munis is the City of Hartford's proprietary accounting and software system.

The source stated that the account appeared to have about $450,000 in it and showed expenses paid out of the account to Updike Kelly, a law firm and other consultants working on the Rock Cats deal.

Today WNPR's Jeff Cohen reported on the specifics of  those payments.

But how that account was funded and how the payments were approved is now raising more questions. You can read Cohen's story here

Although Segarra or his mouthpiece claim they have the authority to reallocate CIP (Capital Improvement Project) funds, a source in the Hartford Treasurers Office told me tonight he does not. That duty is reserved for the Council. No revised Bond Resolutions have been before the Council to re-allocate the funds Segarra is spending.

Colin McEnroe is right on this one. Council President Shawn Wooden who had no problem standing behind Segarra and the Solomon's (the Rock Cats  owners)I now busy back pedaling, according to McEnroe "like a crawfish on crack"

Maybe it is time for Wooden and the Council's OMB Committee to start bringing some truth and common sense to this deal. Where did the money come from? How was it approved? And most importantly, is it even legal the way it was done.

It might possibly be legal if the money was actually voted on by the Council when they approved this years budget, but we know that didn't happen under the veil of secrecy that shrouded this deal. I think we would have noticed a budget item labeled "Rock Cats".

For Segarra who is always saying he is about "the process" this process needs to be thoroughly investigated. Council President Wooden has every authority to start the ball rolling. Who approved the expenditures for these payments and transfers, was it the Finance Director, the Comptroller, the Mayor's Office, the Budget Director?

Posted by KEVIN BROOKMAN at 9:30 PM No comments: