IS THERE ANY INTEGRITY LEFT IN POLITICS?

I don't typically venture much outside Hartford's City limits in my critique of dirty politics, but this one seems pretty clear to me.

A special Election is planned for next week in Bloomfield to elect a replacement State Representative  in the 15th District for the current Stet Rep who was elected locally as the Probate Judge.

The candidate endorsed by the Bloomfield Democratic Town Committee , by his own recent actions , has shown he may not be the right person for the job. and in my opinion  definitely not a proper role model to represent the District, and that says a lot for me coming from Hartford.

Bobby Gibson was supported as the endorsed candidate, beating out long time Bloomfield resident Joseph Suggs. According to sources familiar with the process, Suggs lost out, apparently, because he supported a challenge slate of new politicians that were breaking out of the political mold and promised to bring new ideas to the Bloomfield Town Council. The challenge slate eventually prevailed in the election and dethroned the long time Council.

Apparently Suggs support was not appreciated by the Democratic loyalists who were not thrilled over losing their stranglehold on local power. Suggs reportedly needed to be taught a lesson by his local Democratic Town Committee and was punished for supporting the challenge slate, thus the endorsement of Gibson.

Now typically, the local endorsement pretty much guarantees a win to the endorsed candidate. Unless of course that candidate goes out and gets himself arrested on a DUI charge in the same town he wishes to represent in the Legislature, while driving at almost twice the legal limit. Compound that with the fact that the allegedly intoxicated driver is also a schoolteacher dealing with children and his credibility would normally be called into question under those circumstances.

Add to the top of everything, the allegedly Drunk Driver giving a phony address of residence to Police at the time of his arrest. I can imagine too much alcohol does different things to people, but not remembering where you live, or was it more of an effort to avoid detection of your deeds with an election coming up.

Joe Suggs has served the people of Bloomfield and the State of Connecticut with honor and distinction for years. In 1989 Mr. Suggs was elected as the first African-American  Mayor of Bloomfield and eventually went on to become the Treasurer of the State of Connecticut. All without any questions of his character or allegations of any improprieties. Now that's a role model worthy of representing Bloomfield in the Legislature.

The document below is the information Gibson gave to Police at the time of his arrest, even though he actually lives in Bloomfield . The address he gave is a Hartford rental unit he apparently owns, but is not his residence. And he ran for office previously using his Bloomfield address.

Integrity needs to be restored to our political system. Positions of public trust can not be awarded based on dirty deals and underhanded backroom politics. Actions like this only undermine our Democracy more and do nothing to encourage voters confidence in the system.

IS THIS THE RECORD LUKE BRONIN PLANS TO CAMPAIGN ON?

Well , this didn't take long. Only 4 days into the New Year and Hartford has its first homicide. A 36 Year old man murdered while shoveling snow on Bushnell Street. Shot 4 times from a moving vehicle.

I don't want to politicize a mans death, but facts are facts. Maybe Mayor Bronin should focus on HPD and crime, instead of cancelling all overtime and cancelling much needed promotions for Sergeants and Detectives at HPD while he is busy running around the State campaigning for Governor.

Especially after he promised the people of Hartford he was running for Mayor and would serve a full term trying to get Hartford back on track
Posted by KEVIN BROOKMAN at 7:57 PM 15 comments:

SOME POOR JUDGEMENT AT HPD 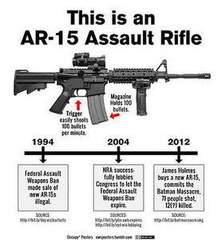 Several sources are confirming that a Hartford Police Sergeant assigned to the gun squad, known as VRT , the Violence Reduction Team ( formerly STF, the Shooting Task Force) is under Internal Affairs investigation  after his actions to purchase an assault rifle from a recent gun buy back.

According to at least four sources familiar with the incident who have verified that Sergeant Andrew Rodney is under investigation for his actions at a recent gun buy back.  Rodney was apparently outside the building when a woman approached to turn in an AR-15 assault rifle . Rodney stopped the woman and allegedly offered her the same amount in cash as she would have received from inside for turning in the gun. Rodney paid her $250./00 in cash and took possession of the assault rifle.

The woman then reportedly returned home. Her husband, I am told, asked for the $250.00 gift card and she told him that she had received cash for the AR15 assault rifle. The husband apparently became upset and said the reason he wanted to turn it in was to make sure the gun was destroyed and "off the streets".

The husband then promptly called HPD to file a complaint with IAD. It is unclear if any criminal charges are pending or will eventually be filed, but one source told me that the Attorney General's Office gave a tentative ruling to prosecutors that a loophole in the law may have made Rodney's actions legal. If so, that loophole needs to be tightened up by the Legislature ASAP

At the very least it would seem  that even if there is no criminality, the charge could be made that Sergeant Rodney used his position for personal gain to acquire the Assault Rifle at a drastically reduced price, not much different than a police officer putting the squeeze on a business owner to get services for free or at a reduced rate, I think that is called "conduct unbecoming"

HPD Internal Affairs Investigators were able to recover the Assault Rifle, so essentially it is "off the streets" and Sergeant Rodney is reportedly out his $250.00 cash for his improper deed.

Hopefully Rodney's actions will not undermine the confidence and trust of Hartford residents cooperating with the gun buy back program or the Community partners who fund and work to make the program successful
Posted by KEVIN BROOKMAN at 7:39 PM 105 comments:

WHEN AND WHERE DO WE DRAW THE LINE?

Whether it is Senator Al Franken being pressured to resign from the Senate or Matt Lauer being terminated from the TODAY show, it seems pretty clear that the times are changing in relation to Sexual harassment  and the way it is dealt with.

Even on a local level, Hartford City Council President TJ Clarke is facing fallout for words, some would call banter, between him and a female Council Assistant.

But what is the standard we are supposed to follow? When is improper language and behavior offensive? Is it all the time, every time? Does it depend on the person making the statements and who they are? Is it only offensive when it is a male directing the act at a female? Or can females be also accused of offensive behavior and sexual harassment? Is it only offensive if your comments are directed at someone who is actually likeable and OK if the person them self might be offensive to your beliefs?

I would have to say wrong is wrong in all of the above circumstances.

Today, Suzanne Hopgood posted the following "Tweet" from her Twitter account.. What if a male asked her to expose female body parts to gauge her influence as a female and assigned her more power or credibility depending on certain measurements?

I venture to say the male would be severely criticized and if we apply the same standard to those comments that Mayor Bronin subjected TJ Clarke's behavior to, I guess we would have to say that "male" was incapable of being in a leadership role. Will that same standard be applied to Ms. Hopgood? Trump is wrong in his behavior but that doesn't make Hopgood's any more acceptable, no matter what her justification may be. 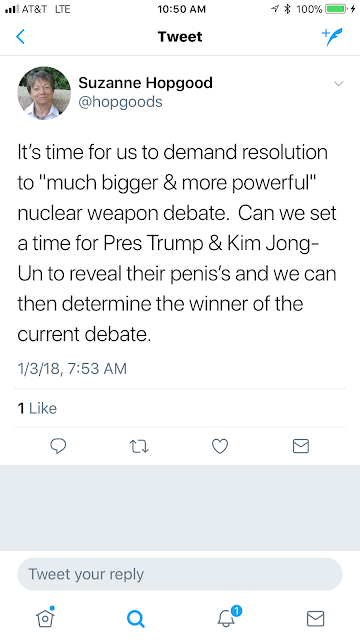 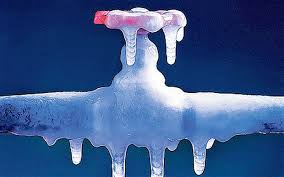 This cold weather seems to be here for a while. Until the weather breaks, try to remember a few things.

Number one is protect your pets, try to avoid prolonged exposure to these extreme cold temperatures as well as avoid extended exposure of their paws to the subfreezing ground and chemicals and salt put down for the ice.

Try to keep areas around pipes open allowing the heat to circulate. In many cases it helps to open the doors under kitchen cabinets around sinks and under bathroom vanities to allow heat to reach pipes and keep them from freezing.Pipes on outside walls are especially vulnerable to freezing,

Make sure your outside water faucets are turned off in your basement. Once they are turned off, open the faucet outside to let any standing water drain out to avoid freezing and splitting of the pipes

In case of a "worst case scenario" , familiarize yourself with the location of your water shutoff. In case a pipe should burst, shut off the valve from the street, normally in your basement near the water meter, to stop the water flow and avoid additional damage.

DO NOT ever use your oven or a grill to add additional heat to your home. It is dangerous and electric appliances can over heat and gas appliances and grills produce carbon monoxide. If you feel nauseous or have a headache move outside to an area with fresh air and notify the fire department. They can check for the presence of Carbon Monoxide and check the CO levels inside your home. Consider purchasing a battery operated CO Detector for everyday protection in your home. They are relatively inexpensive and a variety of models are available in Home Improvement stores.

Avoid the use of electric space heaters. Of you do use a heater, make sure it has the automatic shut off if the hater is knocked over, Don't ever leave a space heater unattended and don't use an extension cord to plug it in, The extension cord can over heat and cause a fire. Keep areas around your furnace or boiler clear to avoid fires from unsafely stored items, your furnace is working overtime and generating more heat than usual.

Check on your elderly neighbors. Make sure they are staying warm and have items they need such as medications and food. They may not want to venture outside in the cold and a little neighborly kindness can be very helpful.

And don't forget your car. If you haven't checked the protection level of your antifreeze, have your mechanic test it and make sure your radiator is protected in these low temperatures to avoid freezing and damage to your engine.

An finally, keeps those sidewalks and fire hydrants clear when we do get snow
Posted by KEVIN BROOKMAN at 10:56 AM No comments:

A SPECIAL PLACE IN HELL

There has to be a special place reserved in Hell for anyone that would leave a dog tied outside in this weather to eventually freeze to death. What kind of person would do that? Even to leave the dog in a basement would be more protection than leaving the dog outside with just an old sweatshirt to lay on as  protection from the cold.

No excuse for this treatment. 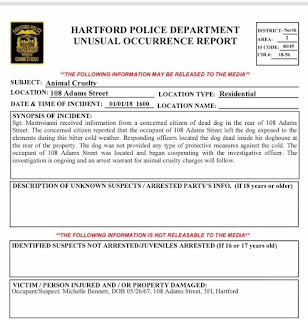