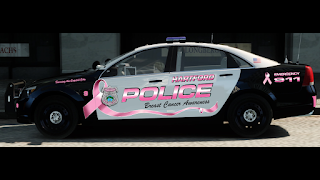 The cruiser will be used in areas across the City and is expected to be highly visible.

Congratulations to Chief David Rosado and anyone else involved in making this happen.

More information can be found at https://www.nationalbreastcancer.org/breast-cancer-awareness-month
Posted by KEVIN BROOKMAN at 2:35 PM No comments:

On Thursday, 10-4-18, members of the Street Crimes Unit were conducting proactive enforcement in the south district due to recent violent crime. The officers observed a 2003 Acura 3.2 TL, bearing Connecticut marker plate AP63831, traveling north on Wethersfield Avenue. The vehicle failed to have a front marker plate affixed to the bumper. Due to the aforementioned violation, a motor vehicle stop was conducted at 147 Bond Street.


During the course of the investigation, the officers recovered a fully loaded and functional, Smith and Wesson .357 Magnum revolver. The firearm was listed stolen and had an obliterated serial number. Furthermore, the accused is a convicted felon. Detectives from the Violent Crimes Unit responded and assisted with interviewing the accused.

Arrested: Lawson, Fedrick. DOB 3-23-83. 54 Queen Court Manchester, CT.
Charges: Failure to Display Marker Plate, Poss. of Controlled Substance, Drinking While Operating a M/V, Weapons in a M/V, Pistol Without a Permit, Obliterated Serial Number, Criminal Possession of a Firearm.
18-29883
On the above date and time, the Accused, Ana Gaisey entered the Neighborhood Supermarket and charged the store clerk behind the counter. Gaisey broke the cash register and began taking money from it. The store clerk attempted to stop Gaisey which resulted in a physical altercation.
During this altercation, a large piece of glass was broken. Gaisey retrieved a piece of the glass and slashed the right arm of the clerk. Gaisey then bit the clerk's hand. Two other store clerks came to the aid of their co-worker and eventually subdued Gaisey after an intense struggle. Those clerks each suffered minor injuries as a result of the struggle.
Patrol and Community Service Officers arrived shortly thereafter and placed Gaisey into custody. Officers and CSD Detectives collected evidence from the store. C4 analysts assisted in the collection of the store video. MCD Detectives responded and assisted. The three store clerks received medical attention. Gaisey was evaluated at the hospital, released, and transported to the Hartford Police Booking Facility.
Arrested: Gaisey, Ana (AKA Ama Gaisey) B/F DOB: 12/23/78 (39) No Certain Address (Career Criminal)
Charges: Robbery 1st Deg., Assault 1st Deg., Assault 3rd Deg. (Two Counts) & Criminal Mischief 1st Deg.

Posted by KEVIN BROOKMAN at 12:12 PM No comments:


On 10/5/18 at 0324 hours, Hartford Police responded to St. Francis Hospital on the report of someone in possession of a handgun. Upon arrival, officers spoke with hospital security personnel who stated they had already taken possession of the Titan 25 caliber handgun. Security personnel stated the suspect was at the hospital getting treatment when they realized that he had a firearm in his possession. Officers found the suspect did not possess a valid handgun carry permit. The firearm was not listed as stolen and the suspect was not a convicted felon. The suspect was arrested and charged appropriately.

Posted by KEVIN BROOKMAN at 12:09 PM No comments:

THIS CAR THIEF IS TOAST

HPD this morning g did  what surrounding towns couldn't do yesterday.

This morning , HPD officers observed the box truck headed south on Garden Street. The vehicle was stopped and the operator was arrested. No word on the condition of the bread in the delivery truck.

Great work by all officers involved.
Posted by KEVIN BROOKMAN at 12:05 PM 1 comment:

A DENT IN THE OPIOID CURSE

On Thursday October 04, 2018, Detectives from the Vice & Narcotics and Street Crimes Unit, conducted a street level narcotics interdiction operation. The operation was initiated to address the numerous ongoing complaints for street level drug dealing within Hartford's south district. During the operation, confidential information was received for a suspect selling Fentanyl from the area of Plymouth Street and Wethersfield Ave.


Detectives converged on (2) suspect vehicles, taking them into custody without incident. Subsequent on-scene investigation revealed the suspect to be in possession of approximately 2300 bags of packaged Fentanyl/Heroin and more then $21,000 in US Currency. As a result of the operation, (7) adults and (1) Juvenile suspect were arrested on narcotics related charges. 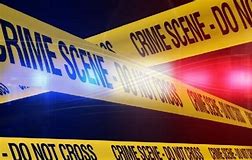 On Wednesday October 03, 2018, Detectives from Vice & Narcotics (V&N), assisted by Hartford Patrol, conducted an undercover prostitution arrest operation. The operation was initiated to address the numerous complaints for street level prostitution throughout the south end district of Hartford. Detectives conducted surveillance within identified (Hot Spot) complaint locations, observing numerous suspected prostitutes working the area. An undercover officer "John", was inserted into the area and where a solicitation deal was accepted, arrests were made. As a result of the operation, (9) subjects were arrested. (7) adult female suspects were arrested and charged with prostitution and (2) additional persons were arrested for active warrants or violations. All arrested persons were transported to booking for processing.

On 9/29/18 at approximately 2347 hours, officers were dispatched to 59-61 Henry Street on a report of a group disturbance in the driveway.

Upon arrival, officers located a male suffering from lacerations to his neck, chest and left arm. Ambulance personnel arrived on scene and provided the victim with medical attention. The wounds were determined to be superficial and non life threatening.

It was learned a dispute erupted over a parking space in the driveway of 59-61 Henry Street, which prompted the suspect to assault the victim. The suspect was located on scene and charged accordingly. MCD notified.


Posted by KEVIN BROOKMAN at 1:12 PM No comments: