Mother's Against Drunk Driving kicked off their holiday drunk driving prevention efforts with a press conference at Hartford Police Headquarters this morning.

Lieutenant Governor Nancy Wyman, HPD Chief Rovella and others spoke about the importance of the efforts to avoid unnecessary tragedy during the Christmas period.

Please think twice about having that drink and driving, find a designated driver beforehand. 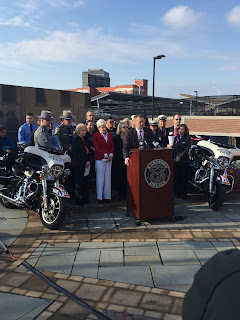 Lt . Governor Wyman and others at the podium today 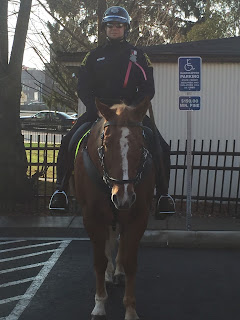 By car, horse or motorcycle, HPD will be out in force getting Drunk drivers off the road. 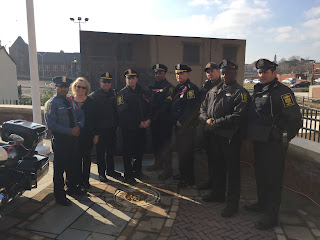 HPD Chief Rovella and his "enforcers", Traffic Division Enforcers that is. On the lookout for impaired drivers on Hartford's streets

THIS IS CHILLING VIDEO

As Hartford tries to encourage more downtown residency, this video shows three Hartford juveniles stalking an elderly person on Farmington Avenue before knocking her to the ground and mugging her. The video is pretty chilling as they stalk her in preparation for their mugging, like hunter's stalk their prey.

THIS IS A PARENTING PROBLEM. What does an incident like this say about the values instilled in Hartford's young people. Is there such little regard for human life that these 3 young punks think nothing of knocking an elderly woman to the ground, beating her and then robbing her.

Hartford... we have a problem. 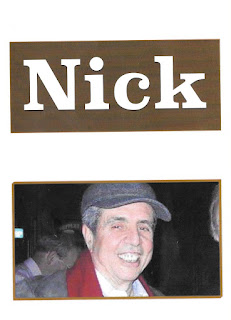 This is the cover photo from the program for the Memorial Service held for Hartford's former Deputy Mayor , and one man political powerhouse Nicholas Carbone.
I had the good fortune of meeting Nick through an introduction by another Hartford political legacy, John O'Connell. They both came from a time in Hartford's history that they were known by what they did for Hartford and what they left as their imprint on Hartford.
It is unfortunate that we far too often wait for someone to die before we talk about their lives. Nick would have  been very proud by those that attended Saturday's service at the Bond Hotel and by what they had to say. Some of the comments were very colorful about a man that put his city first in just about everything he did. It was also fitting that the event was held in the ballroom of the Bond Hotel with its spectacular views of Hartford, overlooking Bushnell Park, the Memorial Arch and the State Capitol..
Much of Nick's influence came from his ability to successfully work the Halls of the Capitol as well as drawing in its occupants as he moved his ideas forward. From Senator Richard Blumenthal, Congressman John Larson, Judge Bob Killian and many others, they all spoke of how Nick worked to mold the future of Hartford in a personal, yet unselfish way.
I spent many a morning breakfast at Allegro or the First and Last Bakery listening to Nick (listening more than talking myself)  as he relayed his experiences over the years. There probably aren't too many people that were as well versed in Hartford or municipal government than Nick was. As a true mentor, Nick would impart his knowledge on anyone willing to listen.
There were many mornings after meeting Nick for breakfast, I would get engrossed by his knowledge and would eventually look at the time and realize it was well after noon and we had been talking for hours. We weren't always on the same side of issues, but that was one of the things about Nick, he had a way of presenting his side and many times drew people together more than apart.
In a time when we have a hard time remembering outgoing politicians for what they did for Hartford ( other than maybe a Grand Jury or two) you just need to take a ride around Hartford and recall what Nick did to leave his mark on the City he loved..
Rest in peace Nick, you will be missed but hardly forgotten

HMMM, THIS IS INTERESTING. 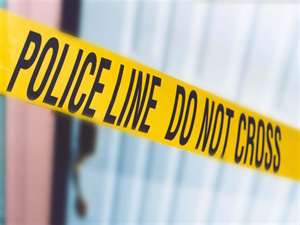 Last week a shooting occurred on Martin Street in Hartford. The "victim", Quentin Dickens from Windsor had reportedly been shot in the head. He also had apparently been shot on the same street about a week earlier. His total number of times being shot in Hartford has apparently reached four separate times.

Interestingly, Dickens was arrested by Hartford Police on Friday for carrying a pistol without a permit and criminal possession of a firearm, according to HPD. Dickens apparently had a handgun on him when he was shot, he just wasn't too proficient in its use . I think Dickens may want to be considering a job as a greeter at Walmart, it would definitely be time for a career change.

This guy needs to be off our streets for both his own safety and ours  .He clearly is a menace to his own health and those people in the vicinity of his gun crimes.

The link below is to a story about Manchester Police Officers giving of their time to help a woman who suffered the  loss of her husband this year in a tragic farm accident . Please take a moment to read the article, and then think about the true meaning of the Christmas season


Read the Courant article here
Posted by KEVIN BROOKMAN at 4:49 PM No comments: