IT JUST KEEPS GETTING BETTER AND BETTER 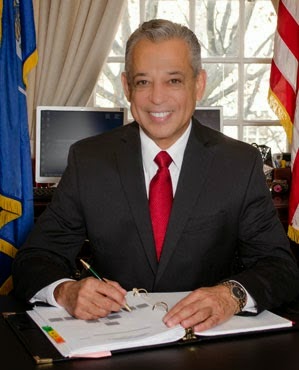 Mayor Pedro Segarra slipped out of the Public Hearing on the Rock Cats Wednesday night before the public began expressing their concerns over the deal and the impact on finances for Hartford residents and business owners. Most were concerned about the impact on the tax rate as many struggle to keep up with their taxes and other financial obligations that make it more and more difficult for many homeowners and businesses to remain in Hartford.

Now word has come out, courtesy of Zach Jankowski at the Yankee Institute that Segarra and his partner, Charlie Ortiz may actually be facing those same burdens in paying their bills

You can read the entire story here
Posted by KEVIN BROOKMAN at 1:37 PM 60 comments: 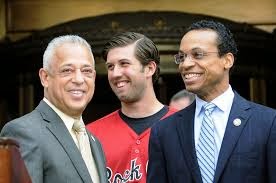 I have always been suspect of the validity of Mayor Pedro Segarra's "storytelling" abilities. Much of them would be much more believable if only he would stick to the truth, or at least acknowledge when he isn't

At Wednesday nights public hearing on the Rock Cats deal, Segarra once again found it necessary to embellish the truth during his comments . He was telling the story about how he is constantly hearing from Hartford residents about what a great job he is doing and how they all welcome the Rock Cats deal.

I immediately knew that couldn't be  true because the sentiment in the community seems to be more opposed than favorable to the deal. I do know that Segarra has a tendency to only hear what he wants to hear, and probably is tuning out the negative comments. It is all about the ego and convincing himself what a terrific job he is doing. That is what has gotten him into trouble repeatedly.

But then as he continued his remarks, he stated that a resident came up to him and said "If not us, who? If not now, when?". This just sounded too lucid for a Segarra comment .So  I had to make my first stop Google to see if we might have a little plagiarism going on here.

Sure enough we do, the fraud continues.Michigan Governor George Romney appears to have been the first modern person to popularize the saying (September 1963). Romney was pushing for “tax reform” — a 2% Michigan state personal income tax. (Michigan now has this tax and it’s over 4%.) In a speech to the Michigan legislature , Romney asked "If not us , who?. If not now , when?"


In the 1980s, President Ronald Reagan used the saying to talk about federal budget cuts–the opposite of Romney’s philosophy. From the 1981 Reagan speech:

All of us came here because we knew the country couldn’t go on the way it was going. So it falls to all of us to take action. We have to ask ourselves if we do nothing, where does all of this end. Can anyone here say that if we can’t do it, someone down the road can do it, and if no one does it, what happens to the country? All of us know the economy would face an eventual collapse. I know it’s a hell of a challenge, but ask yourselves if not us, who, if not now, when?


Pedro, please try dealing with the truth, it will make life a lot easier