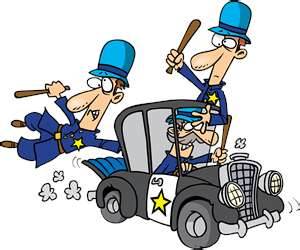 Let me start this posting by saying we have a great Police Department in Hartford led by a great Chief who is going to take the Hartford Police Department to new heights .A few hundred very professional men and women make up that department and serve our City well every day. But as in any organization, there are a few people that you just have to shake your head and say "WHAT WERE YOU THINKING?"

The latest is the story of Sergeant Troy Gordon, a street supervisor of Patrol Officers on the midnight shift. Recently Sgt. Gordon apparently felt the need to discipline a female officer on his shift after she called in that she was signing off at an area to conduct  a "directed patrol" or what HPD calls a 10-59 in their radio codes. From what I am told Gordon went to the location she called in and the Officer wasn't there. Now whether she had already left and forgot to clear the call with the dispatcher or signed off at the wrong location is not clear.

But regardless, when Gordon didn't find her where she signed off, he called her by radio to meet him in another parking lot. Gordon also called other patrol units to meet him in the lot. When the female officer arrived he instructed her to  get out of her cruiser and he ordered her to run circles around her car in front of her fellow officers. From what I am told he made her run circles for the next twenty three minutes during which she fell a few times , to her embarrassment in front of her peers.

To further compound his actions, from what sources are telling me, Gordon was questioned over the radio on a recorded channel by his Lieutenant as to why he was calling for the patrol cars to meet him at the lot. Gordon apparently lied to his immediate supervisor and told the Lieutenant that he was getting officers together to go search for a shotgun used in a robbery rather than tell him he was amassing the units that should be out patrolling the north end of Hartford to witness his alleged abuse of another officer.

This one should call into question Sergeant Gordon's fitness to supervise officer's as well as his common sense and judgement. This sounds more like a fraternity house hazing than it does the actions of a highly paid supervisor of the Hartford Police Department.

These are the tests of Chief Rovella that he will need to act fairly, but quickly on. The tone for Rovella's Administration need to be made quickly and let his supervisors know what he expects from them and what is acceptable. I am pretty confident that others will make different choices and fall in line with Rovellas expectations if they know that they will be held accountable for their actions and judgement.

It might come down to some tough love, but that has been lacking for far too long at HPD.  Much of the similar behaviors has resulted in large legal settlements or pending lawsuits for the taxpayers of Hartford, and in the end there are several issues in this matter that will most likely lead to large payouts once again, which I won't go into here.

The cardio workout probably isn't a bad thing, but the HPD gym is the place for that ,not a parking lot off Main Street
Posted by KEVIN BROOKMAN at 4:49 PM 30 comments: 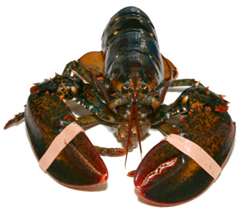 Last August I posted about a Hartford Police Officer who was being accused of stealing lobster from the Stop and Shop store on New Park Avenue.You can read that posting here.

That posting received the most comments ever on the blog and strong feelings were posted about the officers fitness to be a Police Officer based upon her judgement and choices she made. It also evolved to name calling that it was a racial issue.  I'm not sure what race had to do with it, since right is right and wrong is wrong . The only color that should have come into it was orange, when she dropped the larceny lobsters into the boiling water.

Sources are telling me that this latest Chapter in HPD scandals may be coming to a close soon.This will come as a relief to many officers who have repeatedly called me asking why she was still allowed to work the streets in a cruiser, covering the District area that the Stop and Shop is in none the less. I guess it is that old saying, innocent until proven guilty.

From what I have have been told, the guilt is about to be proven and the Officer continues to find herself in hot water. For anyone not aware, Stop and Shop has extensive video surveillance and anytime you make a purchase using you Stop and Shop card the purchase can be tracked and is recorded, so if you are scamming your purchases at the self checkout line , consider yourself forewarned.

Also, once those videos are obtained and used as part of a Police investigation they become "public Documents" as detailed under the Connecticut Freedom of Information laws. Now start reading between the lines here and make your own conclusions as to where this is going.

In accordance with the Freedom of Information Act, any blogger could request those videos to post  for the public to view. There is an exemption under the FOI laws that might actually prevent the release of those videos if they are part of an investigation that may result in criminal charges. If the videos could be used to prosecute the criminal case, that would prevent their release until an arrest was made. Until an arrest was made that would mean that they would not appear on a blog as public documents.

If there was no arrest, no criminal prosecution and the matter was handled administratively, that would mean the videos would then become public documents and they would be posted here. Hopefully that determination will be coming soon 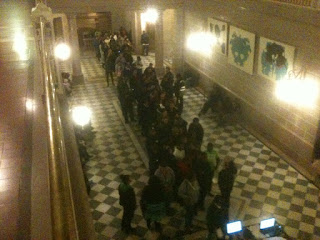 The line of voters waiting at City Hall to vote, at this point the line wound through the atrium of City hall down the front stairs and out the back door of City hall, many of them sent their because the local polling places didn't know how to handle their requests for ballots
Four years ago, Urania Petit and the Working Families Party made history in Connecticut when Petit became the first third party registrar of voters elected on her own.Many have criticized the money spent for the third registrar, but the fact is the matter is that Urania is really the only one we are getting our money's worth from..

In a quote from the upset republican Registrar, he said that Petit's salary could fund elections in Hartford. The same could be said for Bramante and his salary. Ask Bramante how many voters he has registered in the last four years, Urania has registered over 10,000.

Yesterdays election operations clearly show how incompetent the Registrar's office is, and this is where I would agree with Bramante, we need better results for the money that is spent in that Office. It is probably the most incompetent operation at City Hall, and that is saying a lot when you look at City government operations. The office is ripe with political cronyism and money spent in a wasteful manner.

Petit is the only Registrar that came up with budget saving ideas and ways to implement them for the last fiscal year. Unfortunately the Democratic and republican Registrar treat Petit as an outsider , and even though the Council responded to Petit's suggestions, Bramante and Vazquez, the Democratic registrar were financially reckless and proceeded to overspend their budget allocation by a couple hundred thousand dollars this year.

If Bramante wants to point the finger at expenditures, lets look at the Deputy Registrars. Each registrar has a Deputy Registrar they hand pick at a salary of $55,000 dollars a year. The Democratic Deputy, also serves as Clerk of the Senate at the legislature and still collects his full salary from the City, even when he is working full time at the Capitol while the legislature is in session. It would seem that if we can do without the clerk for months at a time, that might not be a position that needs to be filled in the Registrars Office, at least not on a full time basis.

Jeff Cohen at WNPR has more on the story, you can read it here
Posted by KEVIN BROOKMAN at 3:55 PM 3 comments: