Sometimes I think I am a little too rigid , I try to look at the total picture, but that doesn't always happen. I also know that I have some great readers with good common sense. With that being said, I'm throwing this question out there to solicit your responses.

I fully understand that Wednesday's storm was a record snowfall. Although most city streets have been plowed, it seems that the response was far from stellar. Most major streets are opened to only one lane each way, but at least they are open.

I can't seem to figure out the strategy behind Hartford's plowing operations and the number of plows I saw during the storm driving on city streets with their plow blades up in the air and not moving any snow. I posed that question to Mayor Segarra during a conversation Friday evening. He said he had the same question and when he posed it to Hartford's D.P.W. Director Kevin Burnham, he was told it was to save wear and tear on the plows as they traveled to their assigned routes.

I would file Burnham's response in the "do you really think we are idiots" file and move on. Some things will never change in Hartford. I also told the Mayor that even with the record snowfall, it was quite clear when you cross the Hartford city line. Entering into any of our neighboring towns, the streeets were plowed "curb to curb" and looked much better than Hartford's.

Ok, so now to the question I would like your comments on. If you were the Director of Public Works for the City of Hartford and knew that a sold out UCONN Women's Basketball game was being held Saturday at 12 noon at the XL Center, how would you handle snow removal surrounding the XL Center?

A.) Since Hartford's streets are pretty much empty after 1 or 2:00am, that would be the best time to remove the snow and make Hartford accessible and clear out all intersections so that the area would be clear in advance of the sold-out crowd and traffic and pedestrians could move about properly

C.)To show that Hartford D.P.W. does actually plow snow, do it at the height of the crowds arriving and tie up as much traffic as possible and show the 16,000 people coming into the city that something is being done. People are used to being inconvenienced by Hartford's incompetent leadership so at least it will show consistency to everyone.

D.) Both B and C would combine for a reasonable solution.

Not to influence your decision, but C was apparently Burnham's solution.

Needless to say, Hartford's DPW crews were making a nightmare of traffic as the sold out crowds arrived and I'm not even going near downtown as they leave the City after the game. Maybe it is a decision to keep them all gridlocked in Hartford to visit Hartford's restaurants downtown.

At least we can be comfortable in knowing that the DPW Director is enjoying the day in front of the fireplace at his home in East Haddam, free from the troubles and worries of Hartford. If only he lived in Hartford, he might see what many of us see day in and day out.
Posted by KEVIN BROOKMAN at 1:40 PM 23 comments: 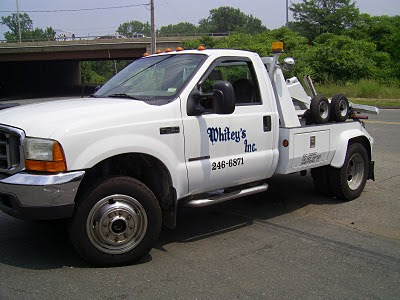 This past summer I posted about Whitey's Towing and their predatory practices. In that case they had towed a vehicle from the wrong property and when they realized their mistake, they still refused to give the woman her car back. To read that posting from April, click here.

Now Whitey's has shown once again the type of business they are according to police sources who wish to remain anonymous.

Earlier today, a Hartford resident from 777 Park Street had asked someone at the Hartford Fire Department's Engine 8 Firehouse on Park Street where she could park to be in compliance with the city's parking ban. She apparently was directed to the Maria Sanchez School on Babcock Street and told to park in their parking area. That was also the message put out to the general public by the Mayor's Office, Hartford School parking lots were to be utilized for off street parking during the storm.

Anyone without off street parking was encouraged to use the school lots to free up Hartford's streets and avoid a $100.00 ticket and potentially the cost of the tow.

The resident at 777 Park Street heeded the call to do the right thing and parked her vehicle in the parking area at the Sanchez School. Apparently someone at Sanchez School didn't receive word that residents were being encouraged to park at the schools. The Hartford School's system is not typically known for its communications skills internally.

So anyway, the person at Sanchez School proceeded to call Whitey's Towing and have the offending vehicle removed as a "trespass tow". Even though the resident was doing what the Mayor had asked every other resident to do, at 5:30 PM her vehicle was towed to Whitey's Towing.

Apparently when the resident realized what had happened she contacted the Hartford Police and the Hartford 911 dispatch center. They all agreed with the woman and went out of their way to get the car back. They realized the woman was doing what residents had been asked to do under the parking ban. Unfortunately though, with Whitey's it apparently is never an issue of right or wrong, it is all about "who's gonna pay the bill".

Even after the Hartford Police had offered to drive the woman to Whitey's to retrieve her car and have the City square it away tomorrow, Whitey's still refused to give the car back.

Whitey's did originally tow the car legitimately, somewhat,but once they realized it was a mistake the car should have been released. The resident trying to do the right thing should not have been inconvenienced, especially after the police promised to "make it right" tomorrow.

Maybe a 30 day suspension from Hartford's towing rotation would make Whitey's think twice about how they treat Hartford's residents and how they respond to the Hartford Police Department.

Mr. Mayor, I hope you make this right for a resident trying to work with you.
Posted by KEVIN BROOKMAN at 10:01 PM 7 comments: 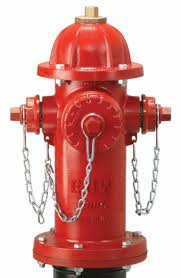 As you dig out from today's snow storm, don't forget to clear out any fire hydrants on or adjacent to your property.

The time it takes firefighters to locate and dig out fire hydrants in an emergency can mean the difference between life and death.

And once you are done, enjoy this great New England ambiance.
Posted by KEVIN BROOKMAN at 1:09 PM No comments: