THIS SHOULD ALLOW YOU TO SLEEP EASIER TONIGHT

(January 6, 2015) Tomorrow, Mayor Pedro E. Segarra will attend events throughout the day in honor of Governor Malloy’s second inauguration, including the parade, swearing-in ceremony and the inaugural ball in Hartford.

---
WHO: Mayor Segarra
WHAT: Governor Malloy’s inaugural parade
WHEN: Wednesday, January 7, 2015. Parade kicks off at 11:30 a.m.
WHERE: Trinity Street and Jewell Street 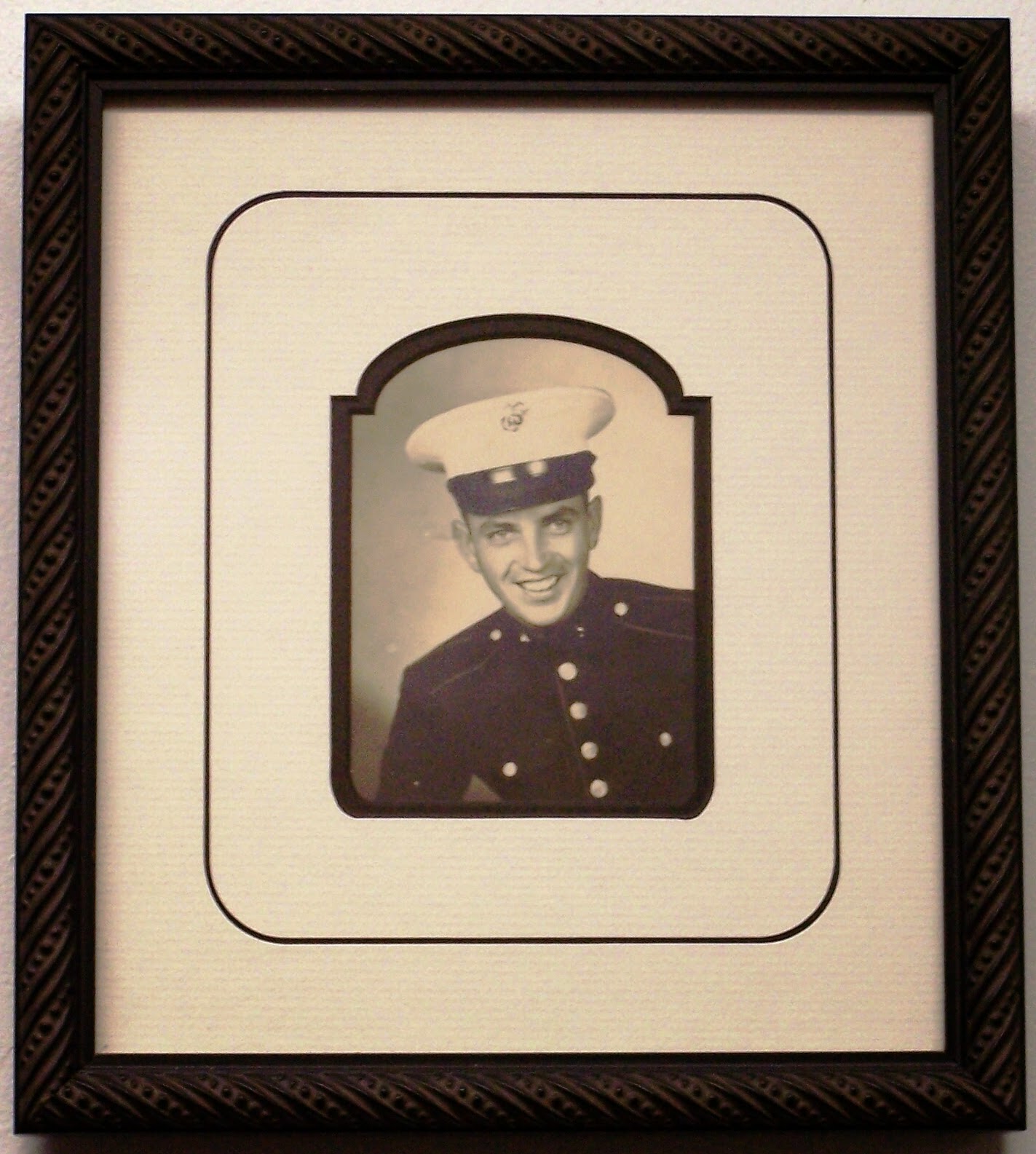 Even after 11 years the memories don't seem to fade. I Guess having the memories is a good thing, but it doesn't get easier.

This past Sunday would have been my father's 85th birthday. Today, January 6th is the 11th anniversary of his death after a battle with cancer. He wanted so bad to make it through Christmas and his Birthday that year. Why I'm not sure, but he definitely did it with dignity and courage. It was also important to make it to his 50th Wedding Anniversary with my mother and he did that also.

His final birthday was held at Hartford Hospital in his room and we were all well aware that the end was coming anytime . But I don't want to get too deep, but when the priest came in to give my father the last rights, he said "ths is what death is about, it should be a celebration of life"  His room was full of our friends and family, and like any of our family gatherings there was plenty of food also. That's back when we were a Family , before all of the nonsense.

Having the family support made the next several days bearable and I know it was improtant for my mother. She has held up very well and carried on over the years without her best friend and partner  of over 50 years by her side. Her true strength has shown through and she has done so much to give hear a sense of purpose in life without my father to be with her.

She has done so much from volunteering for the Red Cross to knitting booties and hats for preemie babies at the NICU at Hartford Hospital.Every Wednesday is a do not disturb day with her. That is her day set aside to drive several of her neighbors to the local senior center to get them out of their homes for an afternoon of lunch and board games. She loves it and they rely on her as the capable driver to transport them. I'm glad she still is capable of getting around on her own.

My dad was never a politician or an elected officail, probably a good thing, but I think about him when I have improtant decisions to make and ask myself "what would Dad do?" You too mom, but I can just call you.

At times like this when you have time to think, I think you realize the importance of family and being able to spend time with your parents and family. We probably don't think about it enough when we are younger and busy but as more time passes, it becomes important.

Happy birthday Dad, and I know Mom will be  calling shortly giving me hell for making her cry after reading this posting
Posted by KEVIN BROOKMAN at 9:03 PM 3 comments:

TEAM SEGARRA: BUYING AN ELECTION ON A DEFICIT 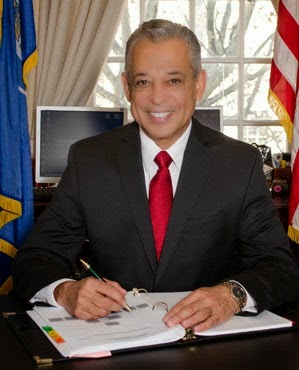 It's called politics. It's the power of incumbency, and if you don't have much of a track record, you need to create one.

It explains much of the work that started for the Segarra Administration over eighteen months ago. Segarra didn't have much to hang his hat on and I think he knew he needed something substantial to hang his hat on. Hell, the last major economic development project for the City of Hartford was the Walmart Plaza under Mayor Mike.  After almost 6 years in Office, Segarra's lackluster performance wasn't going to cut it and his successes were few and far between. The scandals were beginning to outnumber anything positive coming out of his media office.

Apparently somewhere along the line, someone cooked up the idea of stealing a minor league baseball franchise from New Britain. What's the saying, "the best laid plans of mice and men". I guess the mice won out on this one, and it looks like that is where the brain power planning it came from. The planning was poor and the result showed it. Many residents didn't buy into the Rockcats plan. There was strong opposition that has made what should have been the Segarra legacy and a key to his re-election an anchor that threatens to dislodge  his election hopes.

The result of the plan appears to be a huge mistrust of Segarra felt by many as well as serious questions related to his leadership, vision and planning skills. The legality of many of the meetings called to approve the project have been challenged in court and are being forced to be rescheduled in accordance with the law. Those meetings are now being held with different outcomes and explanations as to the scope of the project. As an example the retail is apparently out with the exception of the Rock Cats apparel store and a Café has reportedly been replaced by foodcarts

All things work out for the best.

But for anyone watching this election, it should be clear that every vote matters and Pedro Segarra is more than willing to buy every vote he can at the taxpayers expense.

There is a new word in the vocabulary of City of Hartford workers. It is "Mayor's Day". No, not a day to honor any great work by the Mayor, but rather their latest series of floating holidays that have materialized in time for the next election. Just in time for Segarra's re-election announcement, all City employees were given at least two "Mayor's Days". Most employees apparently used their "Mayor's Day's" to take off the Friday's after Christmas and New years as a paid day off for a long Holiday Weekend . Rather than let City Employees use a vacation day or a day off that they already have banked, Segarra has now granted an additional 2 day off benefit to certain City Employees. (Actually 3 days since he also sent them all home early on Christmas Eve and New Years Eve)

I doubt it will end there though, can the Police and Firefighters and probably dispatchers also be far behind in demanding their equal benefits from the City? I would imagine they would prevail since what is good for one is good for all. Maybe instead of Mayor's Days we should be calling them their Musketeers' benefit. And what about the Board of Ed? They were already on vacation for the holiday but many of them vote , shouldn't we allow Segarra to firm up their votes also with a couple thousand "Mayor's Days"? He'd be a shoe in at that point.

Where does the Mayor draw the authority to grant such unnegotiated benefits? What's the final cost and how does a City that is broke justify throwing money around like this. Especially since there are very few City employees complaining about their benefits packages. And lets be realistic, the Mayors office is won by a few thousand votes. If you start off by gaining a couple thousand votes on your side by "gifting" a few hundred dollars in "Mayor's Day" gift card coupons, that base comes in handy.

I got an interesting call from a City Hall insider this morning. (Maribel, don't bothering scouring the phone records to identify the source, it wasn't a City phone) The source said that as of this morning, the Police Academy class that has been stalled for months is now back on the front burner again and being rushed in for hopefully sometime in February. The reason being that Segarra and his staff have suddenly realized the timeline necessary to get a Police Class graduating in time for election season photo opportunities. And what politician doesn't realize the benefit of claiming they are putting more cops on the streets, whether it is true or not

We should probably plan on a lot more of this happening as Segarra tries to use the taxpayers who don't appear too supportive of his reelection to fund his campaign anyway. The crowd didn't look too large yesterday for his announcement at City Hall. I would have expected much more from an incumbent Mayor.

WHERE IS THE RESIGNATION?

I guess if history teaches us anything, rules just don't apply to anyone interested in occupying the Mayor's Office in Hartford. Anything goes and rules mean nothing. Perez, Segarra and now possibly Cruz

We will see if rules matter to the latest wannabee to jump into the Mayor's ring. Hartford Councilman Joel Cruz has apparently made his intention known that he is running for Mayor of Hartford. Why I am not sure, I am not sure what his qualifications are to manage a half a billion dollar budget or even what he has really done during his un-elected time on the Council, or even what his management skills are. Cruz was never elected but was appointed to fill the remaining term of former Councilman Cotto, who didn't complete his elected term. For Cruz though, this is America though, and everyone has the right to run.


A couple of things  might need to be addressed though. First off would be that pesky State statute that affects minority party representation. That is why the entire Hartford City  Council isn't made up of Democrat's. The Council can only be made up of a maximum of 2/3rds of the Majority Party and since there is essentially no Republican Party left in Hartford, the minority role has fallen to the Working Families Party.

Councilman Cruz currently serves as a Working Families Party member Councilman and is the Council's Minority leader. Cruz has announced his intention to switch his party affiliation  to Democrat to ensure him a shot at the Mayor's Office. That starts the problem. By making these announcements the clock starts ticking on numerous election law deadlines.

Cruz would most likely not be able to change his affiliation to Democrat and stay as a minority member of the Hartford City Council serving under WFP. That would pose a potential un-balance of the minority representation law  under Connecticut State Law.

It is going to be an interesting election season as the posturing begins, but the laws do matter and should be properly enforced
Posted by KEVIN BROOKMAN at 5:41 PM 3 comments: