TIME FOR SOME CHANGES

I realize the blog is a sounding board for many people both through the comments and the information that is passed on to me for me to look into.

I also realize the blog is a mechanism for transparency and exposing issues that would probably never see the light of day through the mainstream media..

I hope to continue doing that, but some of the comments , I think,  need to be regulated more. I will no longer post comments using names that are mocking or ridiculing other people.  The allegations of racism and other issues, attributed to someone else's name, will not be posted . Names depicting a racist principal or Police Sergeant  will no longer be allowed.

It is unfortunate that commenter's will use someone else's name, but probably have never gone to the person named and said to their face what they are willing to post here.It is time to act like adults and confront issues like adults do.

You may ask why the change? I was bothered by the comments recently depicting the Principal of Burns School as racist. Since she wouldn't talk to me the night of the incident, after I did more checking I found out several things that seemed far from racist.Apparently the Principal regularly sends students home with backpacks full of food for the weekends,  students that otherwise may not be getting fed at home. I'm not sure what the commenter's definition of a racist is, but that seems far from it.

If you have an issue, feel free to e-mail me  and I will attempt to look into your accusations, but they will not be posted here until I feel comfortable that there is proper substantiation.

Also, please try to keep your comments  to the topic being posted, or at least something somewhat relevant.The comments can still be interesting , but try to keep them dignified

Thanks
Posted by KEVIN BROOKMAN at 6:59 PM 6 comments: 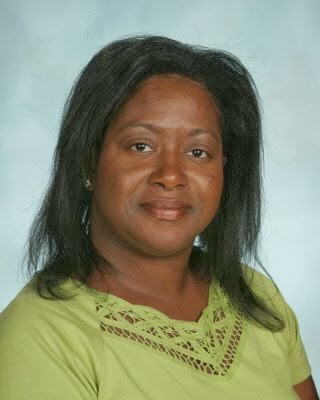 It is official, the Executive Director of Hartford Public Access Television , Billie Scruse, was terminated today .

After several years of running the station into the ground, one Board member described her termination as an opportunity for a new beginning.

IF ONLY THEY HAD MADE HIM A DEPUTY CHIEF

It appears that HPD's problem child may be at it again. According to HPD sources, Sergeant Eric Smith, who found himself  being investigated recently after firing a bullet through his neighbors home, is once again the subject of an Internal Affairs Investigation.

According to sources, Hartford Police Officer Stackowitz had just finished putting fuel in his cruiser at the DPW Yard on Jennings Road. As he got back on I-91 South from Jennings Road to head back to his area, he observed a black pickup truck pass him at speeds he apparently estimated in excess of 100MPH.

According to HPD sources, the officer in a fully marked cruiser , attempted to catch up to the pickup truck and was able to "close the gap" once he got close to the speeding truck, he activated his overhead lights in an attempt to stop the truck. In the area of the Capitol Area exit, the truck quickly merged to the right, crossing four lanes of traffic and took the exit leading to Pulaski Circle.

The officer positioned his cruiser to protect the scene as the driver stepped out of the black truck. The officer, who according to sources reported that the driver of the truck was staggering and was bleeding, began to approach his cruiser. The officer then recognized the driver as Sergeant Eric Smith of the Hartford Police Department. Smith handed the officer his documents  and the officer began the process of documenting the accident.

The officer also then apparently notified a street supervisor, Sergeant Dennis O'Conner of the incident. Once Smith heard that O'Connor was responding, according to sources, Smith asked another officer at the scene, Officer Small, to help him carry the light post to the curb so he could leave. I'm not sure who would willingly touch a live aluminum electrical pole and move it but, Smith is a Sergeant and the new officer was most likely intimidated.

It would be interesting to know where Smith was before his attempt to allude the Police and his crash. Most people injured in accidents and bleeding , willingly  go to the hospital for treatment, unless you are worried about the police getting their hands on your blood samples through a search warrant and charging you with DUI.

I have FOI'd the incident report, the radio recordings and the dash cam video which is reported to show the entire incident. I will post that as soon as I receive it.

I have to ask the question though, is this guy really the right person to be supervising anyone., especially his recent examples of his decision making?

And as far as the title of this posting, this is one of the 3 officers that a Council member was pushing to be promoted to Deputy Chief recently
Posted by KEVIN BROOKMAN at 5:06 PM 16 comments: