Much of what the Hartford City Council does is beyond explanation, and here is one more example that needs explanation.

Does anyone know what this resolution is about?

WHEREAS, The Court of Common Council hereby takes issue to any ‘City Employee’ who retains employment with any other town or municipality while still employed by The City of Hartford; and

WHEREAS, The perception of such actions at this time is viewed as showing favoritism and a decrease in employee moral; therefore, now, be it

RESOLVED, That the Court of Common Council request that The Administration implement a policy that will prohibit the retention of any city worker currently employed by another town or municipality; and be it further

RESOLVED, That The Administration provide the Court of Common Council with a copy of this policy within 30 days of the passage of this resolution.

Please email or call me if you have any additional information
Posted by KEVIN BROOKMAN at 5:51 PM 40 comments:

The broken links to the Hartford Police Daily Arrest log are once again working, It appears to have only taken 3 months or so to get it fixed. This is apparently a function of the Emergency Services and Telecommunications Department  to post the Police Department arrest Logs.

September 27, 2017 was the last time the reports were updated until today,

The logs can be viewed daily here http://www.hartford.gov/images/police/ArrestLogs/blotter.pdf
Posted by KEVIN BROOKMAN at 1:40 PM 1 comment: 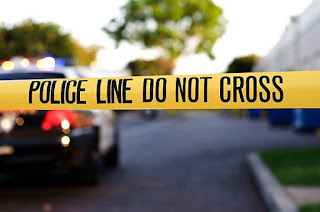 These details just came out tonight, although they were first reported a month ago by NBC Connecticut Troubleshooter Jill Konopka along with video she had obtained


On Saturday, September 16, 2017, at approximately 2:03am, Hartford Police Department Patrol officers responded to a report of a pedestrian struck by a vehicle at the intersection of Hudson Street and Park Street. Officers arrived on scene and began rendering aide to a female victim, later identified as Cynthia James, 58 of Hartford. Preliminary investigation revealed that a dark colored vehicle struck Ms. James and evaded the scene, traveling northbound on Hudson Street.

At approximately 2:54am, Ms. James succumbed to injuries suffered in the crash and was pronounced deceased at Hartford Hospital.

At 5am, the Office of the Hartford State’s Attorney was notified via phone of the fatal crash investigation. A crime scene was established in the area of Park Street and Hudson Street which was processed by Detectives from the Hartford Police Department Crime Scene Division. As the investigation progressed, additional video footage was recovered by C4 personnel showing the suspect vehicle. HPD had not yet been able to positively ID the car or develop a suspect.

At approximately 9:30am, an HPD Major Crimes Division supervisor was contacted by an off-duty Hartford Police Officer regarding the crash. The Officer notified the Sergeant that his half-brother, Nathen Negron, was the operator of the vehicle involved in the Park Street and Hudson Street fatal crash. The Sergeant worked to ascertain additional information pertinent to the investigation, including the whereabouts of Negron and the location of the involved vehicle.

Notifications were then made to HPD command personnel regarding the potential involvement of a family member of an HPD Officer. At 10:45am, the Sergeant advised investigators that Negron was at his parent’s home, located at 82 Harwich Street, Hartford, Connecticut. This information was relayed to Crime Scene Division Detectives who responded to 82 Harwich Street. At approximately 10:49 hours, HPD contacted the Hartford State’s Attorney’s Office and advised them of the newly obtained information, including the fact that the suspect is a family member of a HPD Officer. HPD was advised to continue with the investigation.

HPD Detectives from the Crime Scene Division responded to 82 Harwich Street, the home of Negron’s parents. Negron met with Detectives there and agreed to be interviewed about the incident. The vehicle involved in the incident, a black 2015 Honda Civic (CT 316-ZER), then arrived at 82 Harwich Street driven by the registered owner, Shayla Bonner. Bonner was determined to have been the front seat passenger in the Honda Civic at the time of the crash. Bonner also agree to be interviewed by Detectives. The Honda Civic had visible damage consistent with having been involved in a crash involving a pedestrian. The vehicle was immediately seized as evidence and brought to the Hartford Police Department and held for further examination.

Both Negron and Bonner were interviewed by detectives and provided details of their involvement in the accident.

Investigation into the incident continued, including obtaining additional video evidence from within Matty D’s bar.

The HPD Officer, who contacted HPD about his half-brother’s involvement, was interviewed by Detectives from the Crime Scene Division regarding the incident.

Based on evidence and the Officer’s details about his involvement in the fatal motor vehicle accident aftermath, HPD initiated an internal administrative investigation. That Internal Affairs Division investigation is ongoing.

Based on the information obtained by Detectives, an arrest warrant application was submitted to Superior Court in Hartford and obtained on November 21, 2017, charging Negron with 53a-157b, False Statement, 14-222a, Negligent Homicide with a motor vehicle and 14-224(a), Evading Responsibility with Death with a $100,000 bond. On November 21, 2017 at 8:00pm Negron turned himself in to HPD detectives. 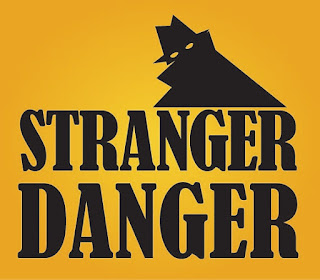 It is unclear  from HPD if there is any indication  that these complaints involving children are related. Both HPD and the Hartford Schools have been tight lipped  and only seem to be releasing  just enough information to avoid criticism. Although Hartford's Superintendent continuously talks about the safety of students being her number one priority, her actions seem to show a desire to protect the institution rather than protecting the Children.

INCIDENT 1 :  3:45pm
On 11/21/17 Hartford Police Officers responded to Hyland Park on the report of a suspicious person. An HPD Officer interviewed the Complainant who reported that she was approached by the below listed Suspect while she was in the area of White Street and Cheshire Street. The Complainant stated that the Suspect approached her on foot and began asking her a serious of questions that made her uncomfortable including; "Do you have a boyfriend?". The Suspect's actions scared the Complainant who ran to the day care at Hyland Park to seek help. A canvass for the Suspect was unsuccessful. SID was notified and is assuming the investigation

On 11/21/17 Hartford Police Officers responded to the Complainant's address on the report of a suspicious person. An HPD Officed interviewed the Complainant who reported that she was approached by the below listed Suspect on her way home from the bus stop. The Complainant stated that the Suspect made contact with her in the area of Franklin Avenue and South Street and yelled to her, multiple times, "Hey come here." This scared the Complainant who ran home and notified her mother. It should be noted that prior to the Suspect's approach the Complainant was being chased by a dog. This resulted in her appearing distressed and running. At this time the Suspect's intentions are not known. SID and C4 were notified and are currently investigating this

No matter what the suspects intentions were, it is troubling that unknown male adults are approaching  female students walking home from school.
Posted by KEVIN BROOKMAN at 12:04 AM 7 comments:

After months of working without a contract and months of negotiations  with the Bronin Administration a tentative agreement has been reached between the HPD Union and the City of Hartford.  It's about time.

This tentative agreement comes after what many perceived as "Union busting" efforts by Bronin as soon as he took Office in an attempt to get union concessions to reduce his budget deficit.

I haven't obtained specifics of the deal yet, but sources are telling me it involves no raises for 3 years and then 2% in the fourth and fifth year.It also involves an increased contribution for health care costs than one officer described to me as "maybe less than 30 dollars a week " out of his weekly pay.

An informational meeting will be held for HPD Union stewards on Monday November 27,2017 to have the agreement explained  so that they can take the information back to their membership for a Union vote on December 5, 2017.

The finalized agreement in principle is being completed at this time.
Posted by KEVIN BROOKMAN at 11:32 PM 17 comments: