At approximately 10:16am, dispatch received a call from the Annie Fisher School at 280 Plainfield Street on a report of an assault involving a security guard. Upon patrol officer arrival, it was determined that an adult male and female had parked in an unauthorized area of the school property and were asked to park elsewhere. The male occupant allegedly became belligerent and punched one of the security guards on the head.

The female joined in on the assault, as well as her fifteen-yearold son. During the altercation, a second security guard who responded to assist was also assaulted. One of the guards suffered a laceration to the head and was transported to St. Francis Hospital for treatment. The incident occurred on school property, but did not enter into the school. The fifteen year-old was not a student of the school, and at this time it is unknown as to why the male adult had attempted to enter the building.


The investigation into the matter continues. Both the arrested adults, Matthew Locke and Amber Mills, were transported and processed at the Hartford Police Department. Both will be arraigned at 10:00am at 101 Lafayette Street on Thursday, January 31st. 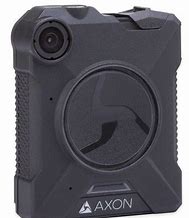 Next Monday, February 4th is the one year anniversary of Rosado taking over at HPD and it is also the day that Hartford's officers will  begin wearing Axon digital body cameras.

The policy regulating the "BWC"'s will probably continue to be a work in progress for the relatively new technology for HPD as public input and input from Hartford officers becomes available. The seventeen page policy is relatively involved  and has been the subject of training over the last couple weeks as Hartford officers have been instructed in their use.

These cameras have been something that Hartford resident's have been asking for for some time as well as a national trend in law enforcement to document interaction  of police officers with both criminal's and citizen's alike.

As a resident that has sat in many community meetings where residents have pushed for these cameras, I think we owe a special thanks to several people, including Chief David Rosado for making the cameras a priority, Assistant Chief Jason Thody  for countless hours researching the best system to meet Hartford's needs today and for years into the future.. Thody was also crucial in negotiating an excellent contract between Axon and the City, with one of the major issues for many departments being the cost of the video storage. Hartford will be using a "cloud based" system with unlimited storage with video being uploaded to the cloud system regularly by officers as the BWC's are used daily.

A/C Thody also negotiated regular replacement of the BWC's  with newer equipment under the original purchase agreement as the need arises or equipment becomes outdated.

In addition, a special thanks to the HPD Officers and supervisors who went above and beyond developing this Policy for the use of the BWC's

YOU CAN VIEW THE ENTIRE POLICY BY CLICKING HERE
https://www.scribd.com/document/398506356/Hpd-Bwc-Policy