This past Saturday on the Hartford Public Access program that myself, J.Stan McCauley, Bishop John Selders and Angel Morales hosted, we interviewed students and parents from Weaver High School. As part of the program, Stan McCauley produced and edited a great piece narrated by Hartford resident June Lyons graphically portraying the deplorable conditions that exist at Weaver, a school that has seen no substantial renovations since it was built in 1974. Graphic pictures portrayed the awful conditions including water damage, missing cinder blocks in walls, shower rooms in total disrepair, hardware on emergency exits missing or broken and students detailed the presence of rats and roaches in classrooms and the cafeteria. Many residents also called in to express their dismay at the condition of the school.

Although there was apparently no mention of major repairs at a PTO meeting held last week, after the program aired Saturday night, on Tuesday the Superintendent of Schools announced that $3 million dollars had been "found" for repairs at Weaver. Makes me wonder how you suddenly "find" $3 million dollars when you are laying teachers and support staff off. Was $3 million in a shoebox on a shelf in Kelvin Roldan's office? Regardless, at least the students at Weaver who brought the issue up should be commended for stepping forward and making a difference.

1 Hartford airs on Hartford Public Access Channel 5 on Saturday's at 10:00PM and can also be viewed on the internet at http://1hartford.com and click on the "1hartford program" box. That's the numeral one "1" in the internet address
Posted by KEVIN BROOKMAN at 9:00 PM 2 comments:

AS THEY SAY, A PICTURE IS WORTH A THOUSAND WORDS 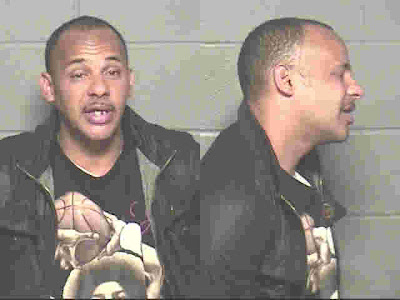 Thomas was fired from the Hartford Fire Department Wednesday.
Posted by KEVIN BROOKMAN at 8:49 PM No comments:

WHO MIGHT SHOW UP WHEN YOU CALL THE HARTFORD FIRE DEPARTMENT ? 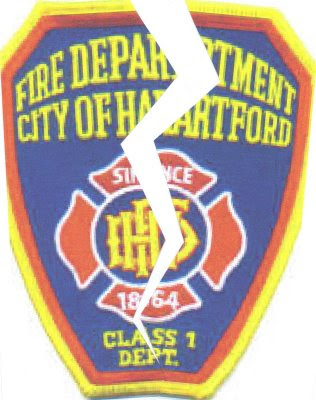 When the 911 lines ring at the Hartford Emergency Dispatch Center and help is requested from the Hartford Fire Department, most people don't think about who they might be letting into their homes when the firetruck arrives, but maybe they should. We know it won't be former Deputy Chief Dan Nolan, he was terminated for requiring recruits to participate in charity events. We know it won't be experienced firefighters with years of experience from cities such as New London, they were passed over for recruits with questionable criminal backgrounds. What we do know is that it could be a firefighter suffering from drug or alcohol addiction, a firefighter that has admitted to stealing electricity and been arrested for larceny, or even as bad as a firefighter caught online discussing incest and graphic sexual details with what he thought was 13 year old girl and having over 140 child porn images stored on his home computer.

Since the City of Hartford isn't known for its transparency and addressing issues that don't fall in line with the Mayor's spin machine, the incidents below have been revealed through sources and a lot of digging. Only one television station in the area seems to be willing to do the leg work and expose these troubling cases to the public. The story of Hartford Firefighter John Thomas was exposed by WFSB reporter Len Besthoff last Thursday. John Thomas's arrest report is below. Thomas is accused on running down a 58 year old pedestrian on the night of March 28, 2009 at 8:15 in the evening as he drove drunk on Main Street. Noemi Castillo, the pedestrian, is recovering from non-life threatening injuries. Thomas fled the scene, and due to witness accounts, he was promptly located and arrested by the Hartford Police Department. Apparently to avoid detection by his employer, he listed his occupation as "unemployed" on his arrest paperwork. After refusing to take a breathalyzer test and after he finished threatening to kill the police officers, Thomas was eventually released on a $5,000 cash bond.


Although the thought that a Hartford firefighter could run an elderly pedestrian down in the street and leave her for dead is very troubling, the next arrest of a Hartford firefighter is even more troubling. Dion Hightower is a Hartford firefighter who was assigned to the Chief John Stewart Fire House located at 25 Blue Hills Avenue. On the morning of August 7, 2007 Hightower received a call that the Connecticut State Police were at his home with a search warrant. Hightower left work and somewhere around 7:00am he returned home and was promptly read his Miranda rights by a detective from the Connecticut State Police. The information Hightower volunteered after receiving his rights is extremely troubling. Apparently, according to the police reports below, Hightower was caught in an online chatroom having a conversation with a 13 year old female. The sexually explicit conversation was captured by monitoring software used by Hightower's internet service provider and the information was provided to law enforcement as required under Federal law. The Connecticut State Police and their Computer Crimes and Electronics Evidence Laboratory (CCEEL) began investigating and the computer user was traced back to Hightower. In the ensuing investigation, over 140 images of suspected child pornography were recovered from Hightower's computers. The transcript of Hightower's on-line conversations are detailed below as he chatted with a 13 year old girl and asked her about whether she liked incest and stated that he had sex with his 14 year old daughter and encouraged the girl to have oral sex with her father. He was eventually arrested March 4, 2009.


The next arrest of a Hartford Firefighter involves the case of Gregory Simon, who was arrested by the Hartford Police Department on March 12, 2009 after an investigation by HPD. Although Simon's case isn't as offensive to most as was Hightower's, it still seems to raise concern's as to the caliber of firefighter's enter people's homes and businesses. Simon was arrsted for Utility theft and Larceny, third degree after he was found to be stealing electricity for a building he owned at 153 Adams Street in Hartford. After complaints were received from other tenants that their electric bills had increased substantially, an investigation was begun. During the course of the investigation, it was determined that Simon had rewired the electric panels to enable him to steal electricity from the buildings tenants. Simon readily admitted to the investigationg officer that he had committed the theft and tried to justify his actions. He stated that he was going through difficult divorce, and needed "just a little bit of electricity" and considered his larceny to not "be a big deal". Police estimated the value of the theft at $3422.61.

GREGORY SIMON'S ARREST AFFADAVIT IS BELOW
GREGORY SIMON ARREST
Publish at Scribd or explore others: Research


These arrest reports make me wonder though. If I had to dial 911 and open my door to the Hartford Fire Department, who would I rather have respond, the likes of Hightower, Thomas and Simon or the likes of former Deputy Chief Dan Nolan? I think the choice is pretty simple, but unfortunately we know Nolan won't be rushing for the door of a burning building anytime soon, Hightower, Simon and Thomas very well could be.

In closing, I don't want this to be an attack on the dedicated men and women of the Hartford Fire Department, but forcing people like Nolan out so that we can overlook the criminal records and questionable backgrounds of applicants is wrong. More will be upcoming as we expose more of the background investigations and criminal histories of recent hires by HFD.
Posted by KEVIN BROOKMAN at 1:51 PM 1 comment: